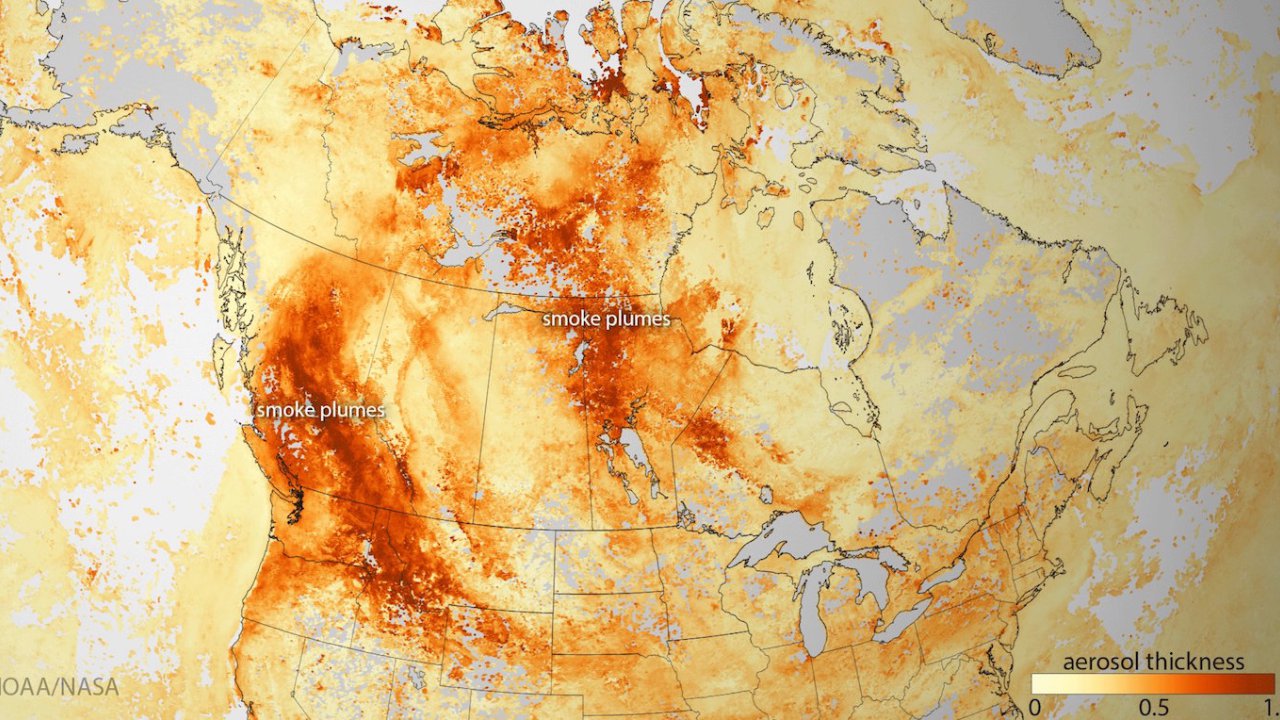 With temperatures toppling 100-year-old records, British Columbia’s raging wildfires have already set the record for the most acres burned. And it’s only mid-August.

Meanwhile, the Northwest Territories have been experiencing their own Arctic heatwave, and equally devastating wildfires. One blogger pointed out that on Monday, the intense fires “rapidly expanded to consume a section of territory larger than Rhode Island in just one day.”

The thick smoke and aerosols led Environment Canada to issue health advisories last weekend for the Territories, and they re-issued warnings Monday for the worst-hit areas. And humans aren’t the only ones suffering: while adult animals know to flee the fires, younger ones don’t or can’t flee, especially young birds. “The heat is overwhelming them, particularly the past couple weeks have been really bad,” Sam Smith at Wildlife Rescue told CBC News. “We’ve had a lot of young nestlings, jumping out of nests to avoid the heat.”

The first week in August saw parts of British Columbia break records that date back to the 1890s, with some temperatures hitting the upper 90s F. By Wednesday, the B.C. Wildfire Service reported that province had already topped its all-time record wildfire season.

Scientists have long predicted that global warming would lead to more wildfires in both the defrosting Arctic tundra and in the “boreal” (subarctic) forests of Canada, Russia, and Alaska — a reality that is already evident in Greenland’s biggest fire on record. “Greater fire activity will likely accompany temperature-related increases in shrub-dominated tundra predicted for the 21st century and beyond,” a 2008 study found. 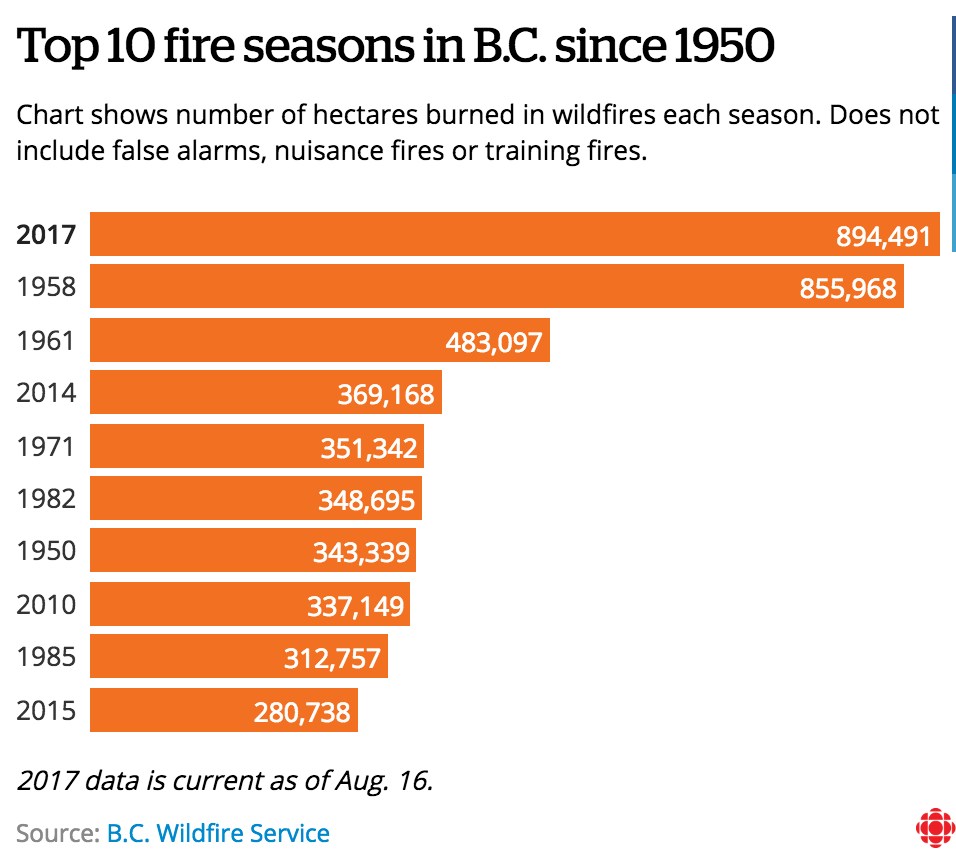 A 2013 study, “Recent burning of boreal forests exceeds fire regime limits of the past 10,000 years,” found that such wildfires are occurring at double the rate of 500 to 1,000 years ago. The lead author of that study explained to LiveScience that “there’s a pretty clear link between humans inducing a warmer climate and increased forest burning.” Boreal forests store more than 30 percent of all the carbon stored on land (in vegetation and soil). Although tropical forests get most of the attention, they store a little more than half the carbon per acre that boreal forests do.

Massive boreal fires don’t just speed up warming by releasing CO2. They can spread spread black carbon over the Arctic ice and Greenland, reducing their reflectivity, increasing the amount of sunlight they absorb, and speeding up their melt.

As for British Columbia’s record-smashing wildfire season, it isn’t over yet. As Kevin Skrepnek, B.C.’s Wildfire Service’s chief wildfire information officer, told CBC News this week, “the key message, unfortunately, is that for most of the southern part of the province, there’s no rain in the forecast at this point.”