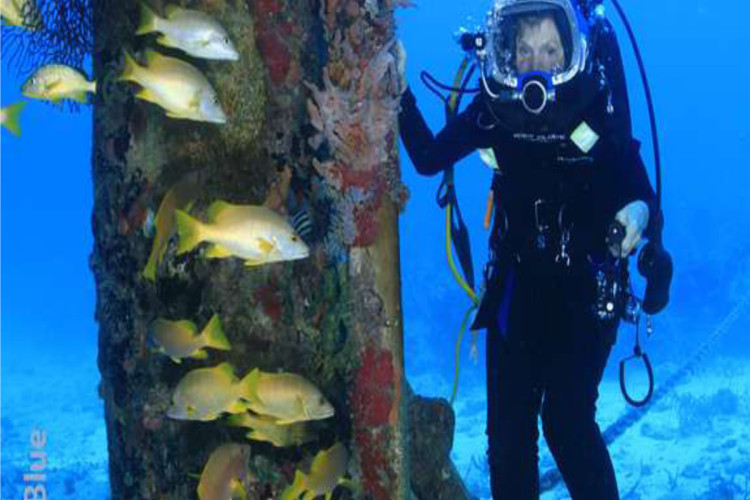 Dr Sylvia Earle will lead a Mission Blue Expedition to South Africa to launch the country’s first five Hope Spots in December 2014. Sustainable Seas Trust and BirdLife South Africa are organizing the tour, in concert with a number of supporting organizations with a view to igniting public support for marine conservation.

Dr Sylvia Earle, the architect of the Hope Spot initiative, National Geographic Explorer in Residence, Ted Award Winner, Recipient of 24 Honourary degrees, marine conservationist, author and arguably the world’s most famous diver will be leading the Mission Blue Expedition, speaking to the public at special events, diving in the beautiful waters of South Africa and engaging with the people of South Africa.

The expedition will also launch the book, Splendours of South African Seas, for which the public submitted photographs to celebrate 20 Years of South Africa’s democracy. Hope is a theme of this book.

What are Hope Spots? Hope Spots are special conservation areas that are critical to the health of the ocean — Earth’s blue heart. Some of these Hope Spots are already formally protected, while others still need protection. About 12 % of the land around the world is now under some form of protection (as national parks, world heritage sites, monuments, etc.), while less than three percent of the ocean is protected in any way. Mission Blue is committed to changing this. 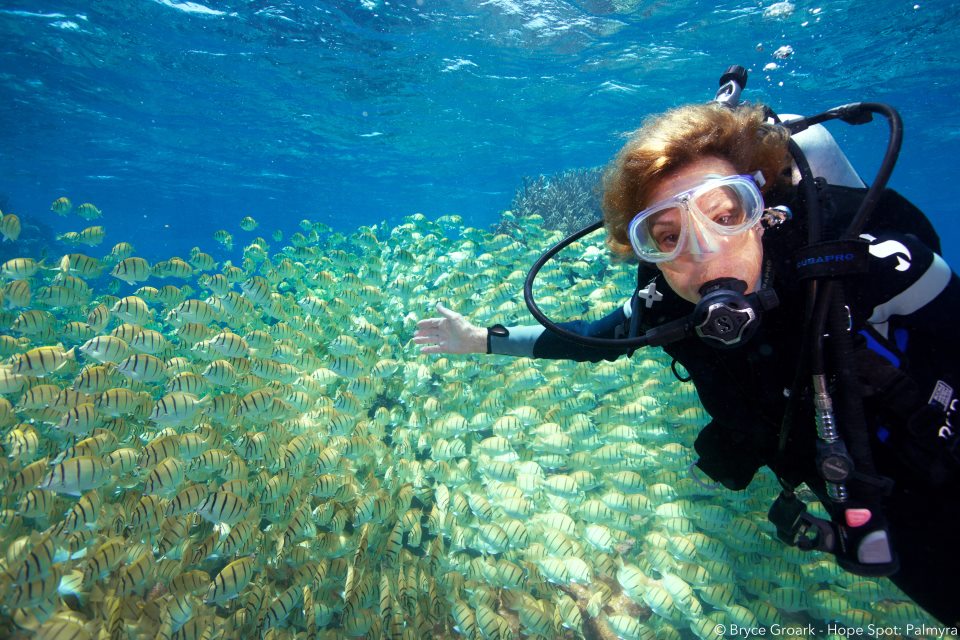 Networks of Hope Spots maintain biodiversity, provide a carbon sink, generate life-giving oxygen, preserve critical habitat and allow low-impact activities like ecotourism to thrive. They are good for the ocean, which means they are good for us. By engaging governments, businesses, schools, research organizations, universities, civil society and the media, Mission Blue hopes to effect significant changes so that future generations can thrive on a healthy planet, with a healthy ocean.

South Africa does not have a Mission Blue Hope Spot, yet South Africa richly deserves to have several as it has so many spectacularly beautiful seascapes, a huge diversity of marine habitats, amazing richness of life and an enthusiastic population. Indeed South Africa as a whole could qualify as an International Hope Spot. As this is not feasible South Africa will build up its list of Hope Spots with the first being launched by Dr Earle at Aliwal Shoal in KwaZulu-Natal, Algoa Bay, Plettenberg Bay, Knysna and the Cape Whale Coast (Hermanus area) in the Cape Provinces.

The tour and primary book launch will begin in Cape Town in December 2014 at a gala function, and then on the next day Dr Earle will dive at South Africa’s mother city and engage with the media from underwater. The expedition then travels to Hermanus to launch the Cape Whale Coast Hope Spot and dive to unveil a plaque and announcing that Dr Earle has launched the Hope Spot.

Join the crusade for ocean and coastal care

Similar patterns will be followed in Knysna, Plettenberg Bay, Algoa Bay and Aliwal Shoal where the people of the area, government, businesses, schools, societies and clubs will all be encouraged to join the crusade to care for our oceans and coasts. An enormously important feature of the launch of Hope Spots and the book in December 2014 is to ignite public support and to involve the civil society in conservation, especially school children. Hope Spots are encouraging everyone to adopt animals and their environments in the Hope Spots and become actively engaged in caring for their beaches and rocky shores.