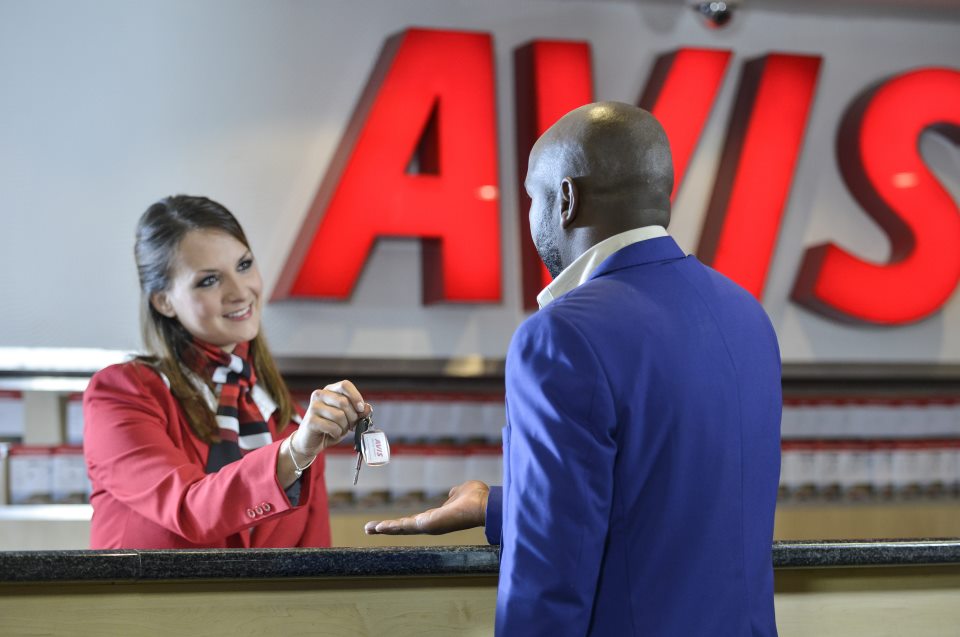 Why was global warming an issue? What exactly were Greenhouse Gases? What effect did CO2 emissions have and how could they be reduced? What difference could Avis make?

The seed for the sustainability ethos at Avis was sown over 30 years ago by Glenn van Heerden, co-founder of the company, who was serious about supporting conservation initiatives that made a difference. The real turning point, however, came in 2007, when the Executive team, motivated by global environmental concerns, committed itself to examining Avis’ own environmental impact and coming to grips with the complex issues involved.

Why was global warming an issue? What exactly were Greenhouse Gases? What effect did CO2 emissions have and how could they be reduced? What difference could Avis make? This led to more focused and concrete decisions about measuring its own environmental impact and in 2008 and 2009, tangible steps were taken to become carbon neutral. Avis consequently became South Africa’s first carbon-neutral accredited company for its own Scope 1 & 2 emissions, in 2009.

Since then, Avis has become an acknowledged leader in seeking initiatives to reduce a number of its negative impacts on the environmental and as a result, has garnered a series of awards reflecting its successes with regard to energy, water and waste issues. This series of articles will recount the various stages of this interesting journey of sustainability, starting with Avis’ water initiatives.

The journey towards a greener future is not one with a final destination, as Wayne Duvenage, chief executive of Avis, points out.

‘It is a fascinating road that has unexpected turns and that demands exploration into unknown and as yet unexplored regions,’ he comments. 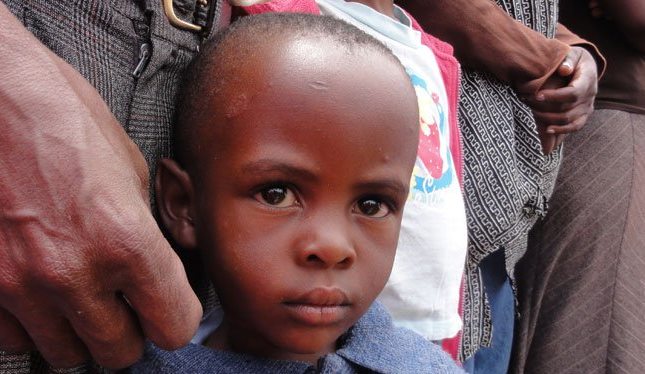 ‘Our own experience is showing that sometimes, daring innovation and constant investigation lead to surprising discoveries, about our business, about our impact on the environment, about our own Brand Ambassadors’ potential, our effect on the broader society and the way our green philosophy resonates with our clients.

‘There is also the significant spin-off of a savings that result from sustainable behaviour and at Avis some R2 million is being fed through annually to the bottom line through its actions.’

It is telling that these economic benefits have resulted from the moral imperative, rather than one of trying to justify the behaviour change from an economic stance which indicates the extent of Avis’ genuine green convictions.

Water is the first concern in Africa

‘It seemed logical that since South Africa is a water scarce country, the issue of water consumption and conservation should be among the first to be considered,’Duvenage says. ‘At Avis, we wash over 2500 vehicles a day. In 2007, in first examining our water usage at our main high volume vehicle cleaning facilities, we realised that by installing intensive water-recycling technology, we could reduce the amount of water used by over 90%, from over 200 to about 20 litres per wash. The ‘final rinse arch,’ in the car wash process required clean water, whereas recycled water could be used during the ‘pre-soak’ and ‘shampoo’ stages, which, is where most of the water is needed.’ 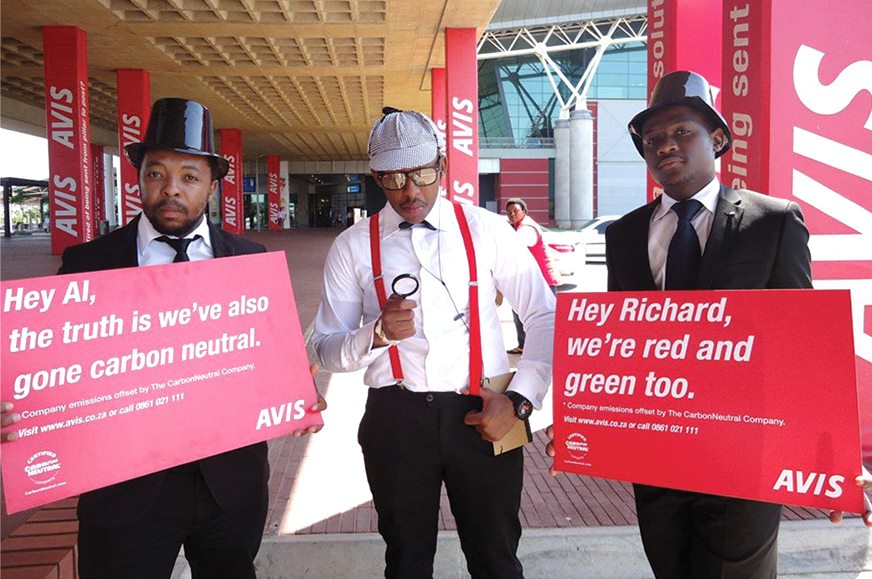 The clean water supply during the final rinse arch keep the system topped up and supplied with fresh water.

The used ‘grey’ water per wash is diverted into soak-pits to remove sediment, where after it is passed through a high pressure centrifugal force to remove fine particles and cleans the water to well below 4000 ppm, a very good standard for this process.

One would think that 90% recycling should be sufficient, but not so at Avis. The next step was a plan to harvest rainwater from the rooftops of adjacent buildings to replace the municipal water supply in the final rinse arch of the car wash process. Bulk underground reservoirs were installed to capture the rainwater run-off and a valve system was introduced to the wash bay machines to automatically shut off the municipal supply and replace it with harvested rainwater, thereby making the main Avis depots water-neutral during the rainy season.

Water flow regulators on all the taps

More recently, water flow regulators were installed on all the taps at Avis’ Head Office in Isando and this will result in additional savings of over R24 000 a year.

Among the many environmental rewards Avis has received is the Special Commendation as runner-up in the category of Water Care at the Mail & Guardian’s Greening the Future Awards. This joins the growing list of business and industry acknowledgements for Avis’ environmental initiatives, including the prize for the Corporate Services Category in the Climate Change Leadership Awards and commendation for their recycling intiatives in the Green Office Week Awards.

In addition, the Rhodes University Business School will be featuring the Avis Journey of Sustainability as a business case study in its curriculum as an example of how Avis’ business has successfully entrenched sustainable business practice and behaviour within the organisation.

‘We don’t just sit back contentedly with these successes,’ Duvenage stresses, ‘We are constantly on the lookout for new methods of energy and water conservation and waste reduction and recycling. These include ensuring that staff are not only passengers, but enthusiastic participants in our green journey.’

Inspired and motivated by a Sustainability Manager, first appointed in 2008, Avis Earth Champions are actively involved in encouraging behaviour and mind-set change at all levels of the company. ‘Our Avis Earth Champions and Brand Ambassadors participate wholeheartedly and energetically in this drive, proposing a range of sometimes quite astonishing environmental initiatives,’ Duvenage points out. 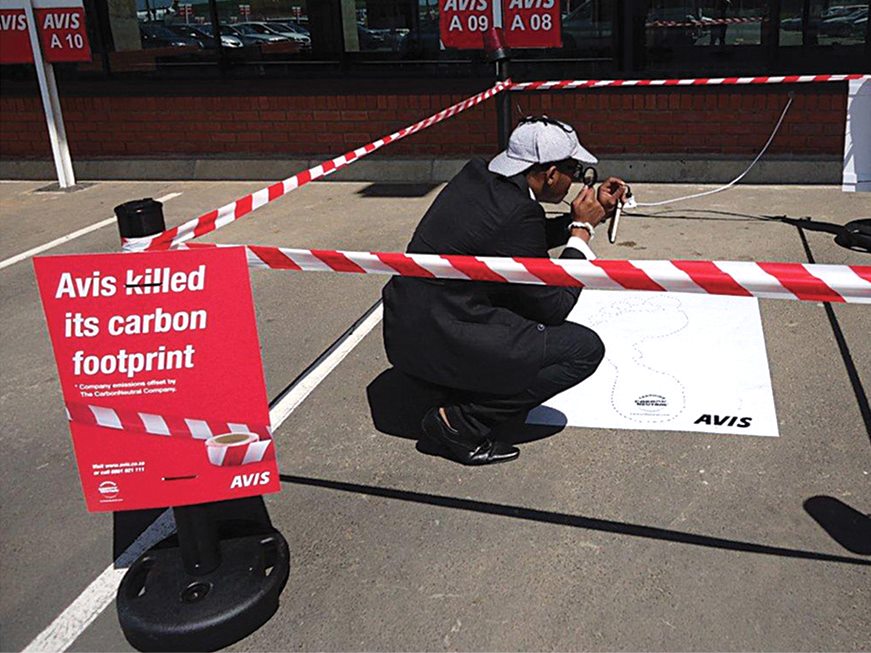 These vary from educating early-morning cleaners and general staff to switch lights and air conditioners off when leaving a room to installing water coolers which capture condensation from the air rather than use water bottles.

From being somewhat oblivious to energy and water consumption, as is the case with employees in most companies, Avis personnel have embraced the company’s green philosophy with a passion.

‘Watch this space for more news about innovative and even pioneering initiatives,’ Duvenage concludes. ‘Our sustainability journey is penetrating new territories and crossing new horizons.’

Next month, we will be featuring Avis’ initiatives in achieving its carbon neutral accreditation, the first South African company to do so. 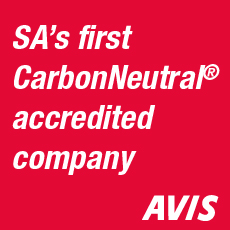