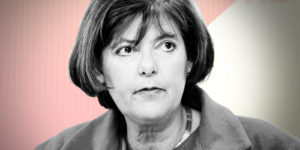 In her maiden ministerial budget speech on Thursday night, Environment, Forestries and Fisheries Minister Barbara Creecy announced that she had given her department two years to produce a clean audit, while also working to eliminate the take-make-use-dispose model that governs South Africa. And she challenged Parliament to stop handing out plastic water bottles every day.

Although Forestries and Fisheries have now been added to the portfolio, Thursday night’s budget focused solely on Environmental Affairs, with Minister Barbara Creecy announcing a budget allocation of just above R7.5-billion for 2019/2020. Only the EFF voiced their lack of support for the budget, while the IFP and members of the ANC called for an increase in funding from the national government.

The majority of the Department’s estimated budget — just above R4-billion —is dedicated to environmental programmes throughout the country, with R108-million allocated for the Youth Development Programme. These programmes will, according to the Minister, create nearly 68,000 work opportunities in 2019, primarily for young people under 35.