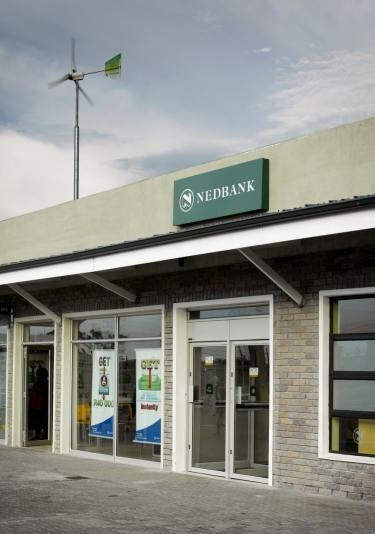 Can you imagine a banking branch that runs entirely on alternative energy – and that in South Africa? If you were under the impression that our country’s green bank Nedbank was only talking the talk, but not walking the walk, I have news for you. Nedbank has announced their intentions to launch the first off grid branch running entirely on renewable energy in Landsdowne, Cape Town.

For more than two decades, Africa’s first carbon neutral financial institution has been on its own unique environmental sustainability journey. In that time, caring for the environment has become synonymous with their brand and has allowed the group to earn a reputation as South Africa’s ‘green’ bank.

This is indicated not only through their support for almost every significant effort towards sustainability in our country, but also many green initiatives that the bank has implemented in its continuous efforts to create a sustainable model for doing business.

In managing its own impact on the environment, Nedbank prioritized the implementation of renewable energy technologies. This vision was furthered by applying wind powered technology in banking in 2011 by launching the partially wind powered Du Noon branch in 2011, a first in Africa.

As a result of the installation of the wind turbine, this pilot site has enjoyed a reduction of up to 35% in its electricity bill thanks to the production of an average of 7.8kWh of wind-powered electricity per day. In the case of a power failure the branch can continue to maintain its power through a battery tank for at least two hours. It has further saved 2.7 tons of greenhouse gases from being emitted into the atmosphere every year and 2.8 tons of coal from being burned every year.

“This highly innovative wind-powered initiative is not only good for the environment, but it also cuts electricity consumption costs and reduces pressure on Eskom’s national grid network,” explained Ciko Thomas, Managing Executive for Consumer Banking at the launch.

Significantly, wind power consumes no fuel and emits no air pollution, unlike traditional fossil fuel power sources. This initiative was the groundbreaker for bigger things to come… This month we received news that Nedbank plans to transform the Lansdownebranch into a fully sustainable outlet!

Landsdowne branch will be off the grid

Nedbank Group today confirmed that it is building on its ‘green bank’ reputation by developing South Africa’s first ever banking branch that will be fully powered by renewable energy sources, which will be unveiled in August 2013. The branch is situated at Lansdowne Corner in Cape Town and the hybrid renewable energy system is being designed to produce 100% of the annual energy demand.

According to Brigitte Burnett, Head of Sustainability at Nedbank Group, the innovative wind and solar energy project represents another step forward by Nedbank on its on-going integrated sustainability journey. “The development of SA’s first hybrid renewable energy powered bank branch is a natural progression from our achievement of the country’s first partially wind powered branch at Nedbank Du Noon in 2011,” she explains, “and is the direct result of Nedbank’s sincere commitment to applying innovative thinking to ensure the delivery of sustainable banking services for all South Africans.” 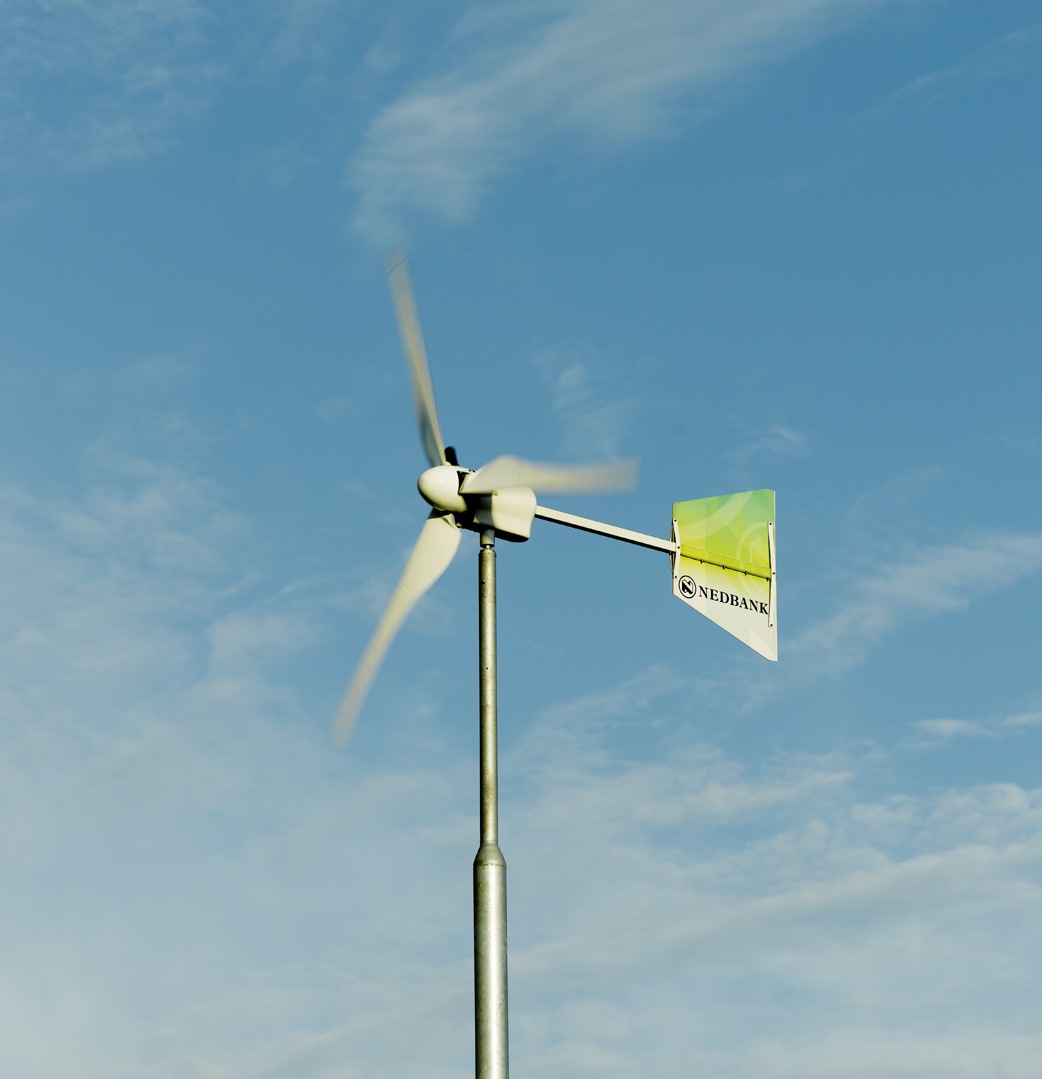 But Nedbank is not keeping all their hard earned green business knowledge to themselves. They recognise that the effectiveness of their environmental sustainability efforts could be significantly compounded by sharing what it has learnt on its journey thus far. So this position as sustainability leader was harnessed to assist and enable other organisations to undertake their own ‘green’ journeys.

This was how their commitment to leading in sustainability through collaboration has evolved into one of the cornerstones of the bank’s environmental sustainability approach. In 2010, it gave rise to the pioneering Nedbank BDFM Greening Your Business Course – a unique digital learning programme for SA businesses seeking to begin or further their own sustainability journeys.

Designed and offered in collaboration with BDFM, the six-week Greening Your Business course is offered to businesses of any size and offers a vast amount of environmental sustainability information and guidance, complemented by learning exercises, case studies, a sustainability plan template, self assessments and a host of links to additional material and information.

Nedbank’s sustainability approach is based on integrated economic, social and environmental sustainability principles with a view towards building a better future for people and the planet.