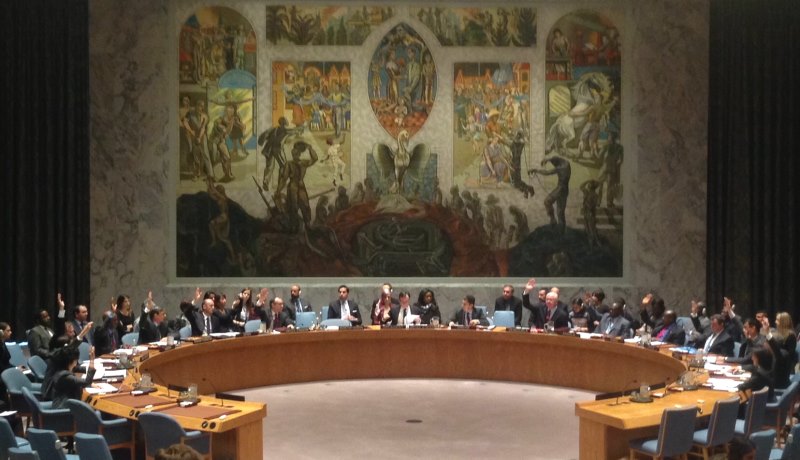 The United Nations Security Council adopted an historic resolution on youth, peace and security, which for the first time in its history focuses entirely on the role of young men and women in peacebuilding and countering violent extremism.

The resolution, sponsored by Jordan, represents an unprecedented acknowledgement of the urgent need to engage young peacebuilders in promoting peace and countering extremism.

The resolution also positions youth and youth-led organizations as important partners in the global efforts to counter violent extremism and promote lasting peace.

The resolution comes at a time when an estimated 600 million young people live in fragile and conflict-affected settings and against the rise of radicalisation and violent extremism, especially among young women and men. The resolution gives a boost to the youth-led peacebuilding and conflict-prevention interventions to build peaceful communities and underpin democratic, inclusive governance.

Increase representation of youth in decision-making at all levels

The resolution urges Member States to consider ways to increase inclusive representation of youth in decision-making at all levels and to offer mechanisms for the prevention and resolution of conflict in partnership with young people. The resolution also responds to the limited opportunities for young people to participate in formal peace processes by calling for the inclusion of youth in peace negotiations and peacebuilding efforts.

On the adoption of Resolution 2250, Mr. Ahmad Alhendawi, UN Secretary-General’s Envoy on Youth, said, “This is a major breakthrough in our collective efforts to change the predominantly negative narrative on youth and recognize the significant role of young people in peacebuilding. Youth have for too long been cast away as either the perpetrators of violence or its victims. With this resolution the Security Council recognizes the important contributions that young people make in countering violent extremism and supporting peacebuilding efforts around the world.”

“This resolution recognizes the significant role young people will play in how our world adapts to today’s global challenges, including those to peace and security”, Helen Clark, UNDP Administrator, said. “With youth comes energy, innovation, and optimism – if there are supportive environments and opportunities.”

“This resolution recognizes that it is imperative for us to invest in young people to fulfill their potential and help achieve peace and security,” said Dr. Babatunde Osotimehin, the Executive Director of UNFPA, the United Nations Population Fund. “Let us transform the words in this historic Security Council resolution into concrete actions on the ground. UNFPA is committed to continue working in partnership with young people, Member States and other partners to achieve this.”

At last the recognition young men and women deserve

Mr. Oscar Fernandez-Taranco, Assistant Secretary-General for Peacebuilding Support noted, “With the adoption of SCR 2250, the Security Council is making history. The recognition that young people have a positive and constructive role to play in building sustainable peace and preserving international security will mark a shift in the way the world seeks to end violence and build inclusive and peaceful societies. Young women and men have always worked tirelessly at building peace and reconciling their communities, and with this resolution their work gets very much the recognition they deserve.”

Young people, youth peacebuilding organizations and civil society organizations have been calling for years on the UN to establish a global policy framework to engage them in building sustainable peace and preventing extremism. Most recently this call culminated in the Amman Youth Declaration, adopted in Jordan in August with inputs from over 10,000 young peacebuilders at the first-ever Global Forum on Youth, Peace, and Security, outlining the need to leverage institutional support for youth-driven initiatives and programmes.

In reaction to the adoption of Resolution 2250, Gwendolyn S. Myers, head of a youth-led NGO involved in peacebuilding efforts in Liberia, noted, “A UN Security Council Resolution on Youth, Peace and Security legitimizes the meaningful involvement of young people in peace and security issues and will accelerate the peace consolidation programmes particularly in Liberia, Africa and other parts of the world.”