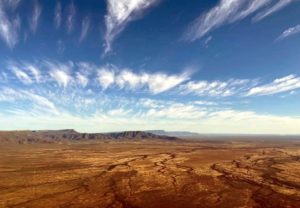 At the turn of 2009/2010, local filmmaker Daréll Lourens and her friend Simone van Keulen had the vision of Earth Junkies, an eco- awareness journey aiming to travel overland through Africa, the Middle East and Europe and work with children to foster ecological citizenship in their foundation years. 2 years have passed and the project has finally realized.

Daréll has now written the first chapter of the Children’s book series, ‘The Adventures of the Earth Junkies’, and in the 2010/11 did the first trail runs of the project and academic research with Emmylou Rabe in Cape Town and Stellenbosch.

With Simone’s structured mind and Daréll’s crazy ambition they managed to take the project to a new level and in turn was invited by Indalo Yethu, South Africa’s Environmental Agency to volunteer on the Climate Train to COP17. On the Climate Train, fellow professionals, particularly COPART were so moved by the wishes and voices of the children in the workshops that they joined the Earth Junkies team.

Leaving the train early, the team travelled to COP17 on their own presenting workshops in rural schools in Natal and upon their return in Gauteng, they took their workshops to the Cradle of Humankind and Magaliesburg.

Developing the Children’s Charter for the Rights of Mother Earth

Ready now to take the project even further, they are currently doing smaller focused workshops around the country.  Starting in Nylstroom/Modimolle in Limpopo, Daréll will work with local schools and the children of farm workers, aiming to continue the work and develop the Children’s Charter for the Rights of Mother Earth in all its facets.

Their current online fundraising campaign is to do a week-long series of workshops in Munsieville, the birthplace of Archbishop Desmond Tutu, and shoot a 15min online documentary that shows the process of their work. They are in the process of securing title sponsors and partners, but any ideas or suggestions of organizations and firms whom they can contact, will be welcomed.