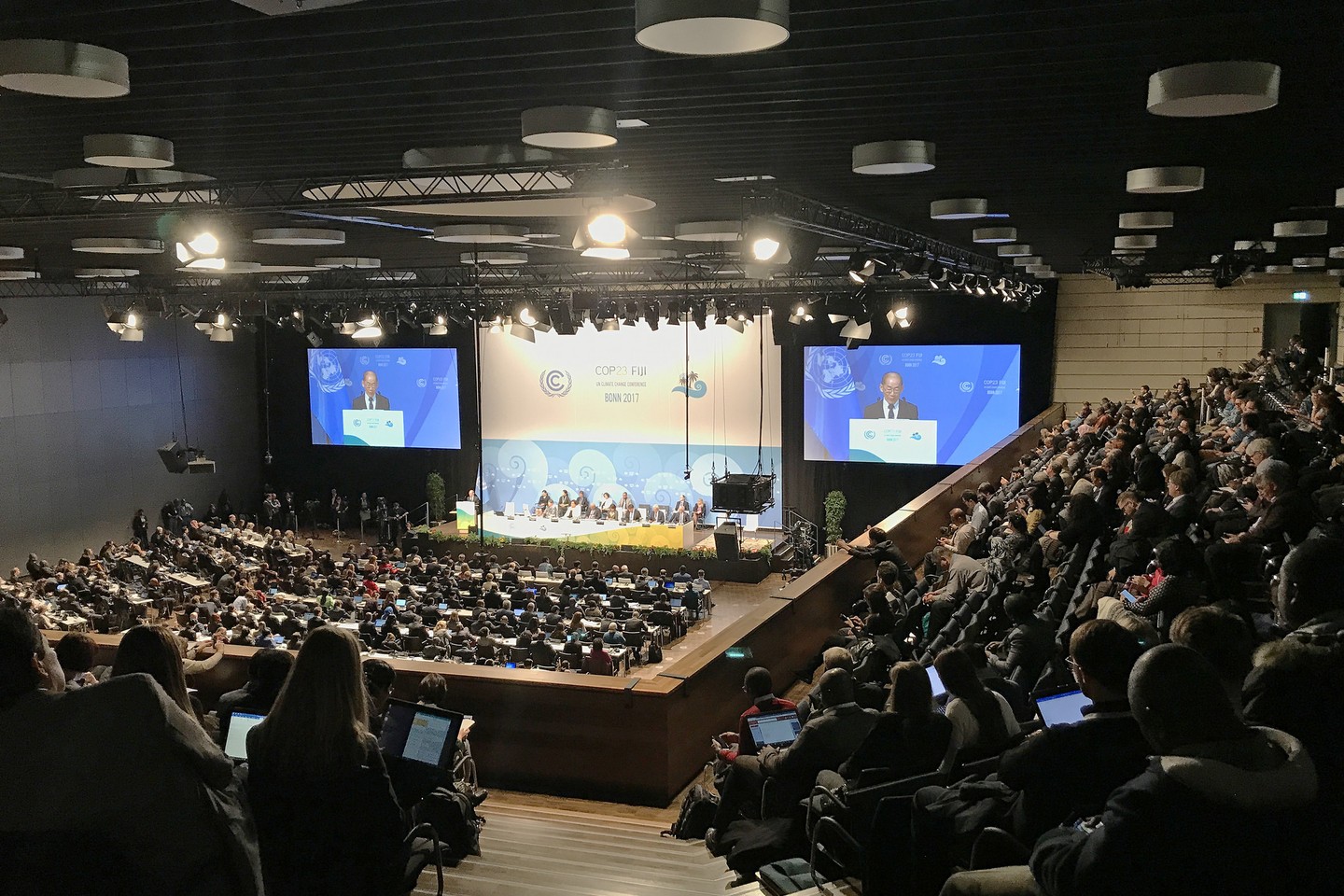 The world’s leaders are meeting – again – for talks on climate change. This year’s Conference of the Parties (the 23rd, hence COP23) to the United Nations climate treaty in Bonn, Germany, is not expected to be a deal-clinching, make-or-break one like Paris in 2015 or Copenhagen in 2009.

That doesn’t make it insignificant – the hope is that negotiators will make meaningful progress on implementing the provisions of the 2015 Paris Agreement.

Countries have agreed that they want a whole range of operational rules, deliberately left vague in Paris, to be agreed by the 2018 COP in Katowice, Poland. These include rules over financing for climate adaptation in developing countries, and for a new market mechanism to help implementation of the agreement, among others.

Climate negotiations typically involve several years of glacial progress followed by a flurry of extraordinary spectacle, involving negotiators staying up for two days straight to get a deal done. This dynamic is exhausting, and usually produces distinctly underwhelming results announced with great fanfare, along with the launch of yet another a new initiative or network. It all invites a weary cynicism about what we expect the UN process to achieve.

But if the Paris Agreement is to be anything other than a farce, it must avoid the sort of design which needs heroic politicians parachuting in once every five years. Rather, it needs countries to pay attention, to continue working patiently, revising and improving their strategies to “bend the curve” on emissions and deal with the mess that climate change is already causing.

Here then are five things that should happen:

1. Enough with the oil, coal and gas already

Parties – nearly 200 countries plus the EU – could explicitly recognise that the “net-zero” emissions goal in the Paris Agreement means the end of fossil fuels.

What would that mean in practice? They’d make substantive policy announcements with serious effects, like eliminating fossil fuel subsidies – which even the IMF thinks are out of hand – or a coal phase-out by 2025. They’d also begin to think through how to arrange serious funding for renewables, the electrification of motorised transport and a ramping up of “technology transfer”.

2. Sharpen the teeth of the pledges

Parties could agree that their commitments to cut emissions, known as “nationally determined contributions” (NDCs), are inadequate and announce revised and more aggressive ones.

It was clear from the outset that these emissions cuts, taken together, would still see the world shoot past the 2°C target, let alone a 1.5°C one. Collectively, they could agree to accelerate the process of reviewing these commitments but to trigger this, countries seeking to lead would need to do this unilaterally.

3. Show us the money

Industrialised countries could announce new investments in the Green Climate Fund. There are lots of fine words about this fund, but richer nations have not put their money where their mouths are. It was supposed to be raising US$100 billion a year by 2020, but countries have so far put in just over US$10 billion in total (and that includes US$3 billion from the US, whose status is now threatened by US president, Donald Trump).

This is hopelessly inadequate in the face of the need to both finance zero-carbon development in developing countries and help those already facing “loss and damage” from climate change. New and substantial cheques and means to simulate private financing of low-carbon development are needed.

Parties could agree on certain rules a year ahead of schedule. Last year, at COP22 in Marrakech, it was decided those rules that had been left vague needed to be agreed on by 2018, in order to help the first stocktake of progress in implementing the agreement.

These things tend to take a long time. Take the example of the market mechanism, for instance (article 6 of the agreement). After they were introduced in the Kyoto protocol of 1997 it took a further four years for everyone to agree on their operational rules.

This is all too slow. Now we have those earlier models to draw on, quicker progress would be a sign they are getting on with things.

5. Fantasy technologies are exposed as delusions

Parties could explicitly accept that “negative emissions” technologies are no substitute for aiming for zero emissions.

The idea of “net-zero” emissions – and many of the IPCC’s scenarios – increasingly rely on weird and wonderful technologies to take carbon out of the atmosphere. The latest of these is Bioenergy with Carbon Capture and Storage: you grow plants, which absorb CO₂, then burn them in power stations to generate electricity, capture the emitted carbon and store it underground. The trouble is, no-one knows if it can really work – but, at the same time, many are using this as a sort of magical escape clause to avoid the end of fossil fuels (see 1 above). A recognition that this is wishful thinking would be useful.

All five of the above are pretty unlikely. The chances are that negotiations will continue along the path of nothing happening until the last minute (if then).

But here’s one that will almost certainly happen, but will be largely meaningless. The Climate Action Leadership Network, already announced at the UN Climate week in September will be fully launched, as the latest in a set of such efforts to keep up the semblance of momentum in the negotiations.

Meanwhile, renewable energy technology will drop in price independently of all the fine words, and atmospheric concentrations of carbon dioxide will continue to grow.