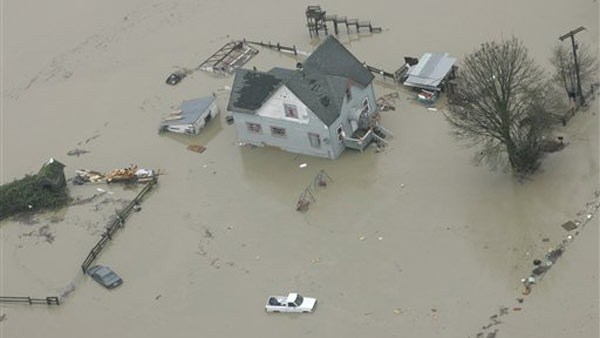 Three children were killed in separate incidents when their homes collapsed during heavy rains in Limpopo over the weekend, authorities said on Sunday.

“A helicopter was sent to a house in Mutele D Village, where it was reported that a girl was killed after a house collapsed on her on Sunday morning,” said Mulaudzi.

The helicopter was sent after the municipality’s disaster management team was unable to gain access to the village in their vehicles because Mutele River was overflowing.

Two other children were killed in two separate villages in Malamule.

Police spokesperson Colonel Ronel Otto confirmed the death of two boys who were killed when their homes collapsed in Malamulele on Saturday night and Sunday morning.

Also in Mpumalanga, an eight-year-old boy was believed to have been swept away in Tonga by the streams and a 67-year-old woman killed after her mud-constructed house fell on her. “The Tonga area near Komatipoort has been hardest hit by the bad weather in the province with three vehicles having been reported as being swept away by the Nkomazi River,” said Hlathi.

These included a traffic department vehicle, with an unconfirmed number of occupants, an ambulance with two paramedics inside, and a private car with two occupants inside.

Hlathi said the paramedics were rescued by members of the police water wing.

“Two occupants in the private vehicle were rescued by members of the SA National Defence Force,” he said.

Other survivors were rescued after they managed to hold on to the trees on the side of the roads until help was found.

KwaZulu-Natal provincial spokesperson Lennox Mabaso said some roads had to be closed on Saturday after heavy rains blocked several drainage systems in the northern parts of the province.

“A disaster management team was mobilised and sent to Empangeni to clear several roads where the water drainage systems were blocked,” said Mabaso.

He said a disaster management team had since been activated and was monitoring the situation.

On Friday, 31 houses were flooded at Kanana in the North West, officials said on Sunday. Provincial spokesperson Lesiba Kgwele said a disaster management team was assessing the damages.

“No other serious crisis were reported including at our borders where we were expecting an influx of visitors from Botswana for the Cup of African,” said Kgwele.

Gauteng authorities said no serious incidents were reported in the province during the recent heavy rains.