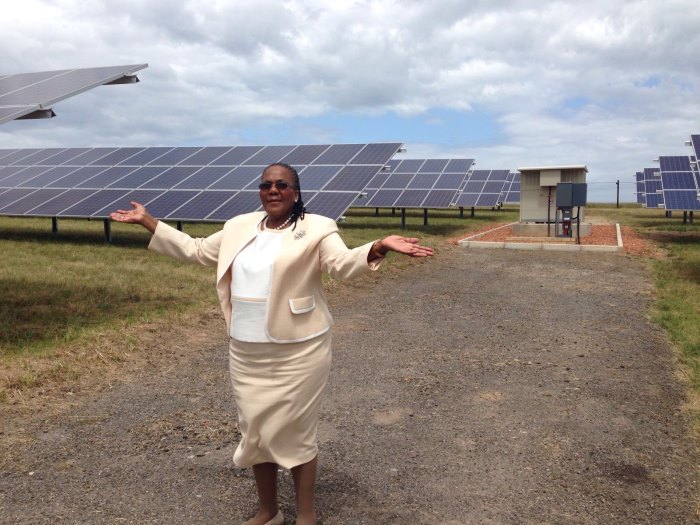 Yesterday was a proud day in my decades long green career, for there is some definite action to report. Not just clever green-washing. You know the likes of “we recycle, therefore we are green.”

Yesterday Airports Company South Africa (ACSA) launched its first 200 square meter solar power plant at George Airport, demonstrating its commitment to clean energy generation and sustainability. George Airport is Africa’s first, and currently the only regional airport in South Africa, to be powered through solar energy. There are no less than 3255 solar panels collecting photovoltaic energy.

Addressing the most important aspect of our modern life – our source of energy – could not be more sensible during this time of escalating climate change. “Our long term vision for 2025-2030 is carbon neutrality,” said Mr. Skhumbuzo Macozoma, ACSA Chairman. “We want to be energy self-sustaining and later contribute towards the municipality’s energy needs.”

750 kW of clean energy to the airport

The first phase, which is now complete, will supply 41% of the airport’s current energy demand, while the balance will be drawn from the national grid with supply capacity steadily being increased as per demand factors. The plant is designed to deliver 750Kw power to the airport once complete.

And this is not where ACSA is going to stop. The company will introduce an energy mix into all its airports. Over the next 18 months they are rolling out similar plants at all their smaller airports – Kimberly, Upington, Port Elizabeth, East London and Bloemfontein. They also envision erecting a special laboratory in PE for students to study sustainable energy generation. Lessons from the smaller airports will then be fed into providing sustainable energy to the large airports.

In time all our airports will be Green

By 2030 ACSA plans to run all Green Airports in order to achieve a Green Building Council of South Africa 6 star rating.

“As an airports management company running nine airports nationally, part of our strategic objective is to minimise our environmental impact. There are a number of key drivers Airports Company South Africa needs to manage to reach this objective and these include reducing energy consumption, water consumption, percentage of waste recycled, noise levels and energy efficient materials usage, amongst others,” said Macozoma.

“Harnessing solar power is a viable cleaner energy source which contributes towards diversifying the energy mix. This plant will ensure that the airport is self-sustaining in terms of its power needs and will eventually extend to the broader community within the George municipality.”

Andre Vermeulen, group executive: ACSA said: “The installation of LED lights at the George airport is already responsible for an energy saving of around 30% per year.” 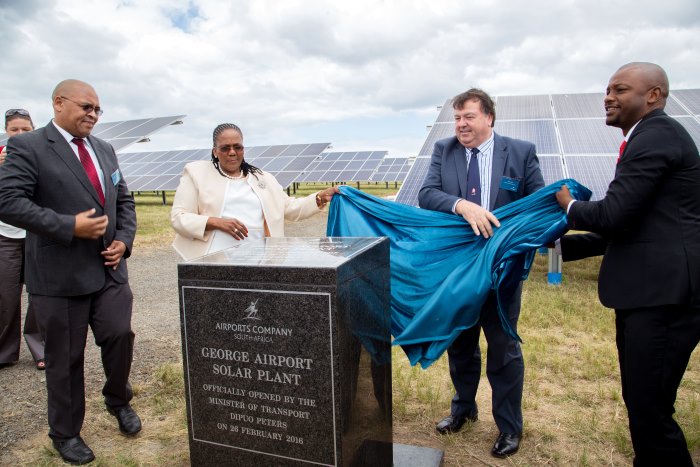 The opening ceremony was attended and officiated by the Minister of Transport, Dipuo Peters, the MEC of Transport in the Western Cape, Mr. Donald Grant, The Executive Mayor of George Municipality, Charles Standers, and other national and provincial dignitaries.

The facility was built at the cost of R60 million, with 30 converters and a life-span of 25-30 years. Due to the increasing cost of power from the national grid, this is a viable business model.

The plant was switched on on 18 September 2015 and generates 680 kW during the peak solar radiation times of the day. Sixteen people were trained to build this facility and they are now skilled to build similar plants. 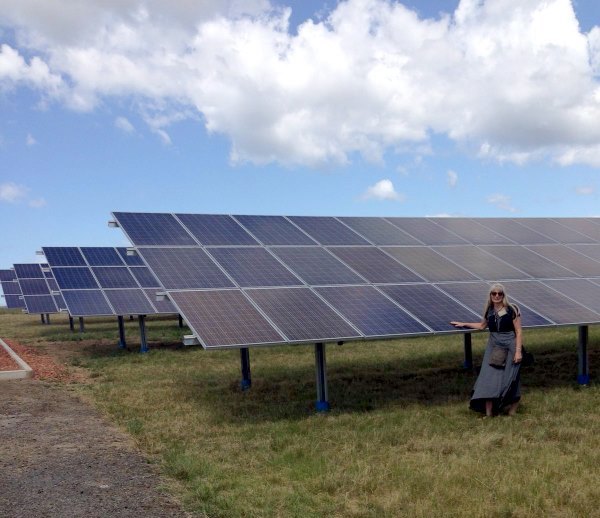 Airports Company South Africa chief executive officer, Mr. Bongani Maseko said: “The interconnection between us and the external environment is the core of our value creation. We are always on the lookout for opportunities to develop cleaner energy sources that also aid us in our cost-cutting efforts as well as lessen the pressure of power demand on the national grid.”

The opening ceremony was attended and officiated by the Minister of Transport, Dipuo Peters, the MEC of Transport in the Western Cape, Mr. Donald Grant, The Executive Mayor of George Municipality, Cllr Charles Staner, and other national and provincial dignitaries.

By Elma Pollard (pictured, above)