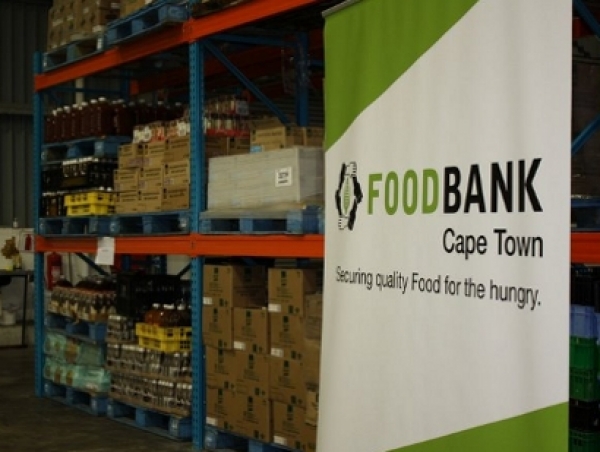 In 2000, Alan Gilbertson and his wife Carol had retired from business and wanted to give something back. They bought a truck for a tiny food rescue organisation called Feedback and set in motion a chain of events that is helping to tackle the problem of hunger in an innovative way.

Feedback initially sourced excess food from film sets and restaurants in Cape Town and drove it into townships. However, it has evolved into a network—FoodBank South Africa (FoodBank)— which operates in eight South African cities, receives thousands of tonnes of surplus food annually from food producers and retailers, and donates this food to over 1,700 other community based organisations serving almost 400,000 people.

Based on the international food banking model, FoodBank—although a not-for-profit—is taking a businesslike approach to the challenge of feeding South Africans. Gilbertson, who has played a key role in growing the organisation and who served as its voluntary managing director from 2008 to 2009 and again in 2011, says that the organisation believes there is a significant difference between charity and social innovation.

Recruited fresh out of an MBA class at the University of Cape Town Graduate School of Business in the mid 1980s by Allan Gray, Gilbertson spent 15 years helping to lay the foundations for the Orbis Fund Group to grow into the impressive giant it is today. Along the way he gained a wealth of experience that he has ploughed back into FoodBank.

experience is much needed

Experience that is much needed – especially in the not-for-profit world, where organisations are squeezed by dwindling funding and increasing demands from the populations they seek to serve. FoodBank has had its fair share of such challenges, which have forced it to adopt a more business-like approach to sustain its operations.

The biggest cost for FoodBank is logistics, that is, the trucks and drivers to sort and deliver the food. In 2011, struggling against these costs, FoodBank hit a financial wall and the project came close to folding. “The project was and is cost effective, giving away a much needed meal for less than R2 spent on logistics. However, in 2010 the management had materially expanded the project leading to a large budget. The government had supported the project, including recognising FoodBank as the national food banking network, but had not provided sustained funding. Management were unable to fundraise the budget from the private sector,” says Gilbertson.

He describes early 2011 as a scramble to keep the initiative going: “Lack of funding, over-extending ourselves and being too top-heavy, forced us to take a long hard look at how we had been operating.”

The Directors formed a crisis team and asked Gilbertson to step in again as voluntary managing director. Gilbertson and his wife provided some emergency funding and the crisis team undertook a necessary headcount reduction and managed to reduce the running costs by 30 to 40 percent over six months.

Gilbertson then secured some important overseas funding thanks to a friend that he had previously helped. “I had advised him on how and why to support a sustainable organisation rather than create dependence by simply supporting charity, and the importance of thinking in terms of social entrepreneurship. When FoodBank needed funding he more than repaid the favour by encouraging a trust for which he acts as trustee to support us. But, in line with my earlier advice, he knew that a business approach was needed to make the funding count, and so urged FoodBank to evolve even further towards being a social enterprise,” he says.

A first step in this direction was the decision to request a small fee from the agencies that receive and distribute the food that FoodBank collects. “FoodBank employs the use of a network – we don’t try to feed the man in street but instead provide food to agencies – community-based institutions like schools or HIV clinics. We had in the past always provided the food and our related logistic costs to them for free. In 2011 we decided to ask the agencies to pay a small fee, to cover a fraction of our logistics costs and to dignify the arrangement. While it had been nice to give away everything free, and we still don’t charge for the food itself, it was simply not sustainable to also give away our logistics. And the impact of that small fee is far more than the 10 percent of our costs it brings in,” says Gilbertson.

Another important step was the decision to launch new FoodBanks only once they were fully funded. “FoodBank Rustenburg, for example, is fully funded by Xstrata Alloys. Because of this we know the Rustenburg branch can run for at least the three years of our agreement with Xstrata, and we hope to deserve a renewal of their generous support. This approach means no extra burden is placed on our fundraising when we expand – in fact, there is a contribution to the national FoodBank overhead. The result? The arrangement reduces, not increases, our fundraising burden yet increases our output.”

Another innovation was the establishment of the FoodBank Foundation, an entity separate to FoodBank that helps fund the organisation primarily through striking BEE deals with corporates. “I would argue the foundation is the most cost effective and least self-interested BEE venture in the country – because the FoodBank Foundation can buy equity stakes in quality SA companies, thus improving their BEE status, without our needing to interfere in their businesses – and future proceeds flow into funding FoodBank. It’s run by volunteers, prominent South Africans who earn nothing out of it, yet it deals directly with the problem of a country with 11 million hungry mouths to feed.”

Another initiative FoodBank is working on is an Enterprise Development opportunity. “We’re collaborating with a multinational company. We’ll form a for-profit company owned by a trust. Our partner will provide the company with funding in the form of a grant and an interest free loan. The company will use this to buy trucks and hire drivers. FoodBank will outsource part of its food transportation logistics to this new company, which will also undertake commercial trucking operations. The drivers will be the beneficiaries of the trust which owns the trucking company. The effect will be to create immediate jobs for the drivers while turning them into entrepreneurs who, over a period of years, will be able to buy the trucks they drive.”

Gilbertson says that part of FoodBank’s success lies in its potential for sustainability and scalability and that other organisations with a social cause could follow FoodBank’s lead in rolling out sustainable initiatives to deliver much needed services to South Africans.

Gilbertson believes that there are many people who have been successful in business who would like to give something back but do not know where to begin. In choosing and developing a social enterprise, Gilbertson believes you should target a great blend of four features: passion, cost-effectiveness, leverage and personal involvement.

Find your passion and live it

Gilbertson suggests first finding a cause that you are passionate about. “Unless the cause touches a nerve you are not likely to spend much of your time—or capital—supporting it,” he says. Secondly, he submits, it has to be cost effective—to provide a great return on your social investment. To Gilbertson, “Cost-effectiveness is all about applying a hard-nosed look at the impact you can make. Compare those few causes that move you emotionally from an objective, business-like angle. Pick the cause where your involvement, human or capital, will be of greatest effect. Ideally, spark a sustainable positive impact which outlives your involvement.”

Gilbertson believes that the potential for leverage is an oft-overlooked ingredient: “My wife and I love the fact that every rand we contribute allows FoodBank to transport and therefore use several rand of donated food which would otherwise go to landfill. Also that fighting hunger indirectly improves education and health and reduces crime.”

Lastly, he believes in an appropriate level of personal involvement. For some, simply reviewing impact reports may be all that interest or time permits. Gilbertson prefers to be more hands on. “However,” he notes, “once the organisation started to expand, my role became more corporate. It became important to reconnect to the sharp end by simply going out in trucks and delivering food once in a while, to ensure I remember why I first got involved.”

In choosing to approach a cause from a business perspective, social entrepreneurship evolves beyond charity, and has a lasting impact.