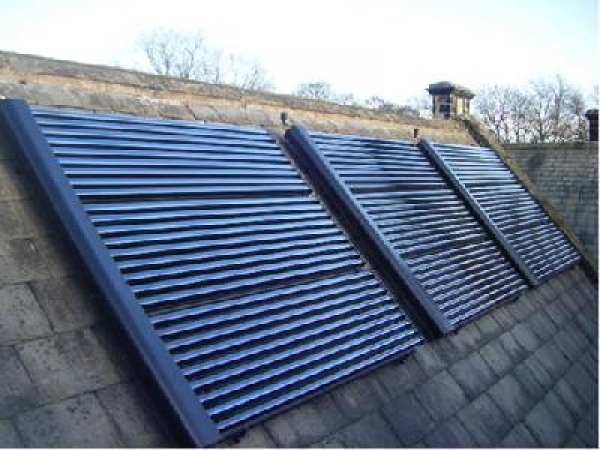 On June 11th 2010, as the world witnesses the first ever 2010 FIFA World Cup kick-off in Soweto, 120 kilometres away, Greenpeace Africa and residents of Jericho village Brits, will also join in the celebrations as they watch the matches at the Solar Public Viewing Area. Youth, joined by their parents and other community elders will gather at the Jericho Community Hall at 8:30 that evening to watch games that have been powered by solar energy.

This will mark an unprecedented event for Greenpeace, because this solar viewing public area will allow more South Africans to be a part of the legacy of hosting the World Cup. Working with Madiba a Toloane, Greenpeace has been able to train at least 15 students and nine community members on the installation of the solar panels that will be powering the hall during the games.

Another exciting partner for this project is the Lethlabile Community Radio that ran a competition in the community. Following their successful requests, the community have come up with a setswana name: Kgathollo ya Solar (Solar Kickoff) and is covering the event from June 11th right through to the end.

This innovative Solar Public Viewing Area is a public access facility, which will provide high quality giant screens; and sound/light systems that will make viewing of the matches very memorable. Everything will be powered solely by solar energy thereby demonstrating the effectiveness of the solar energy solution. Entrance is free to all the 2010 World Cup games.

At the end of the games, the school gets to keep the solar panels for their electricity supply.

Mark these dates for your visit to the solar PVA:

Why the solar project?

South Africa is hosting the grand FIFA 2010 World Cup in 10 stadia in 7 cities around the country The paradox of the 2010 World Cup is that while these cities will play host to the event not many South Africans will have the opportunity to experience the spectacular event mainly because they can neither afford to buy the pricey tickets nor travel to the urban areas to watch these matches on screens.

This solar project will work:

The whole project has cost about six hundred thousand rand including installation, training and airing of all the games.