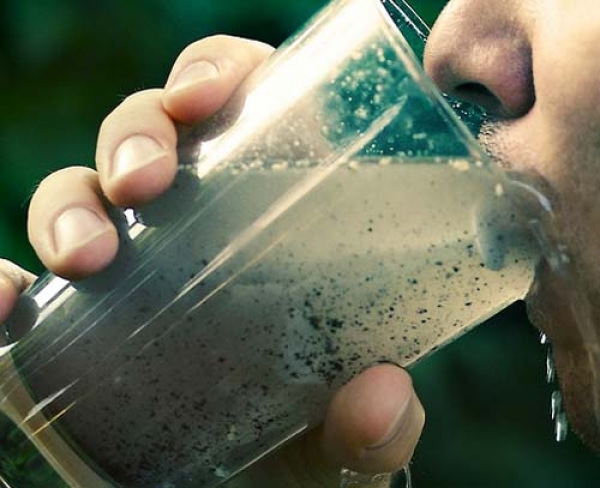 A new study has raised fresh concerns about the safety of gas drilling in the Marcellus Shale, concluding that fracking chemicals injected into the ground could migrate toward drinking water supplies far more quickly than experts have previously predicted.

Scientists have theorized that impermeable layers of rock would keep the fluid, which contains benzene and other dangerous chemicals, safely locked nearly a mile below water supplies. This view of the earth’s underground geology is a cornerstone of the industry’s argument that fracking poses minimal threats to the environment.

But the study, using computer modeling, concluded that natural faults and fractures in the Marcellus, exacerbated by the effects of fracking itself, could allow chemicals to reach the surface in as little as “just a few years.”

rock layers are not impermeable

“Simply put, [the rock layers] are not impermeable,” said the study’s author, Tom Myers, an independent hydrogeologist whose clients include the federal government and environmental groups.

“The Marcellus shale is being fracked into a very high permeability,” he said. “Fluids could move from most any injection process.”

The research for the study was paid for by Catskill Mountainkeeper and the Park Foundation, two upstate New York organizations that have opposed gas drilling and fracking in the Marcellus.

Much of the debate about the environmental risks of gas drilling has centered on the risk that spills could pollute surface water or that structural failures would cause wells to leak.

Though some scientists believed it was possible for fracking to contaminate underground water supplies, those risks have been considered “secondary”. The study in Ground Water is the first peer-reviewed research evaluating this possibility.

The study did not use sampling or case histories to assess contamination risks. Rather, it used software and computer modeling to predict how fracking fluids would move over time. The simulations sought to account for the natural fractures and faults in the underground rock formations and the effects of fracking.

The models predict that fracking will dramatically speed up the movement of chemicals injected into the ground. Fluids traveled distances within 100 years that would take tens of thousands of years under natural conditions. And when the models factored in the Marcellus’ natural faults and fractures, fluids could move 10 times as fast as that.

Where man-made fractures intersect with natural faults, or break out of the Marcellus layer into the stone layer above it, the study found, “contaminants could reach the surface areas in tens of years, or less.”

The study also concluded that the force that fracking exerts does not immediately let up when the process ends. It can take nearly a year to ease.

As a result, chemicals left underground are still being pushed away from the drill site long after drilling is finished. It can take five or six years before the natural balance of pressure in the underground system is fully restored, the study found.

Myers’ research focused exclusively on the Marcellus, but he said his findings may have broader relevance. Many regions where oil and gas is being drilled have more permeable underground environments than the one he analyzed, he said.

“One would have to say that the possible travel times for a similar thing in Arkansas or Northeast Texas is probably faster than what I’ve come up with,” Myers said.

Ground Water is the journal of the National Ground Water Association, a non-profit group that represents scientists, engineers and businesses in the groundwater industry.

fracking possibly not even necessary

Several scientists called Myers’ approach unsophisticated and said that the assumptions he used for his models didn’t reflect what they knew about the geology of the Marcellus Shale. If fluids could flow as quickly as Myers asserts, said Terry Engelder, a professor of geosciences at Penn State University who has been a proponent of shale development, fracking wouldn’t be necessary to open up the gas deposits.

“This would be a huge fracture porosity,” Engelder said. “So I read this and I say, ‘Golly, does this guy really understand anything about what these shales look like?’ The concern then arises from using a model rather than observations.”

Myers likened the shale to a cracked window, saying that samples showing it didn’t contain fractures were small in size and were akin to only examining an intact section of glass, while a broader, scaled out view would capture the faults and fractures that could leak.

Both scientists agreed that direct evidence of fluid migration is needed, but little sampling has been done to analyze where fracking fluids go after being injected underground.

Myers says monitoring systems could be installed around gas well sites to measure for changes in water quality, a measure required for some gold mines, for example. Until that happens, Myers said, theoretical modeling has to substitute for hard data.

“We were trying to use the basic concepts of groundwater and hydrology and geology and say, can this happen?” he said. “And that had basically never been done.”