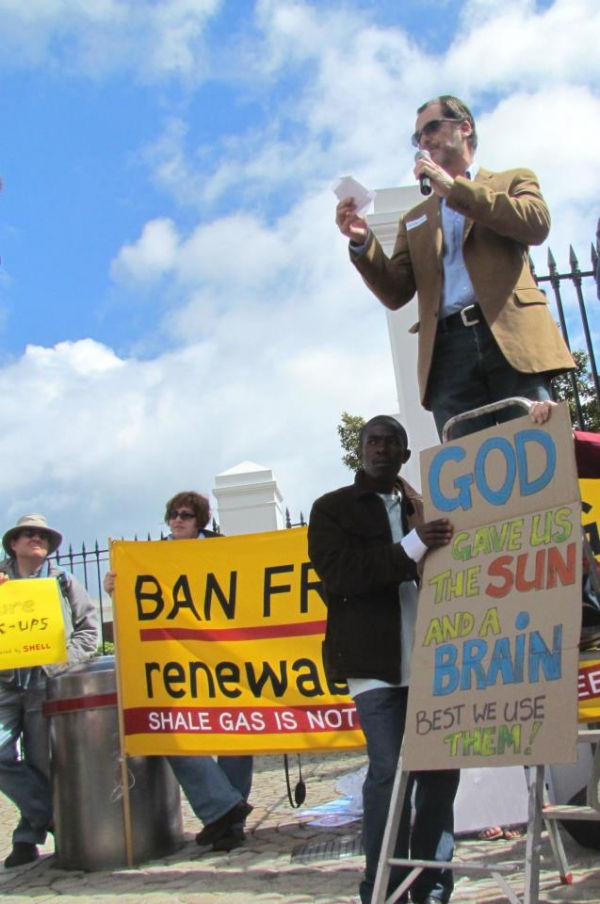 As part of a global anti-fracking day, more than 400 people from various walks of life gathered in front of the gates of Parliament on Saturday 22 Sept, to call for a ban on fracking in South Africa.

Several speakers, including Muna Lakhani (ELA CT), Bishop Geoff Davies (SAFCEI), Jonathan Deal (TKAG) and Barry Wuganale (Ogoni Solidarity Forum) urged the government not to fall for the empty promises of multinational oil and gas companies at the expense of current and future generations of our country.

They called on all South Africans to stand together, not to allow polluting oil and gas industries to destroy our land and scarce water resources for their corporate profit, and demanded a truly renewable, sustainable energy future for all. A memorandum condemning the South African government’s decision to lift the moratorium and calling for a ban on fracking was read by Marina Louw, co-ordinator of the protest. 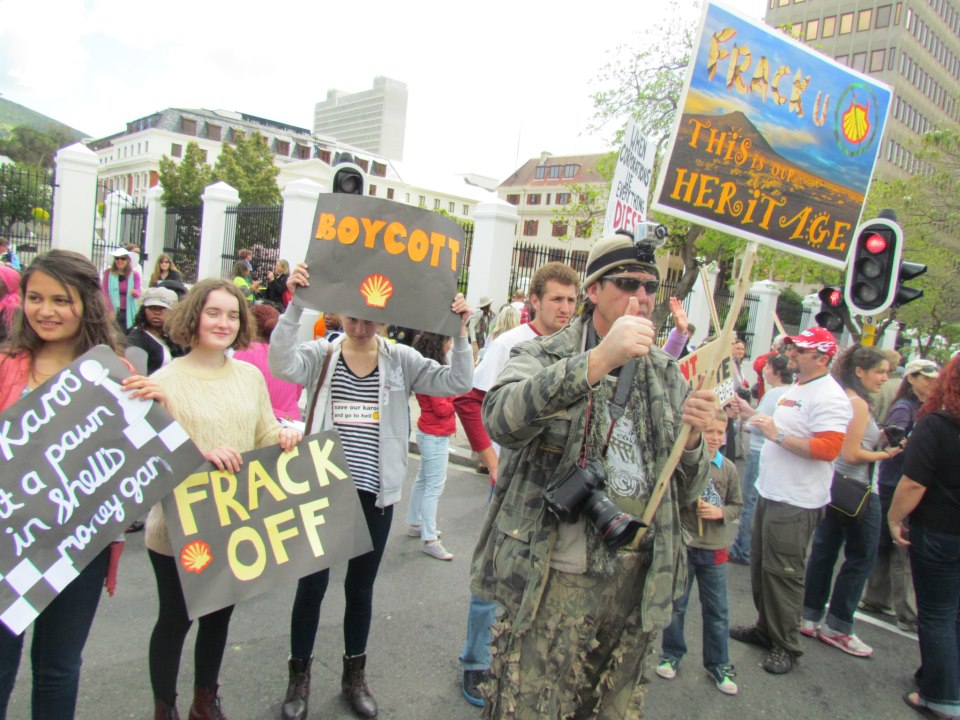 “We have invited Minister Shabangu to receive the memorandum. We trust that she will take the voices represented here seriously enough to accept,” said Muna Lakhani, branch co-ordinator of Earthlife Africa Cape Town. A copy of the same memorandum was handed to Minister of Energy, Dipuo Peters during a meeting with Earthlife Africa on Thursday.

A broad spectrum of organisations country-wide has already signed the memorandum. The list of nearly sixty organisations (as of 22 Sept), includes the Southern Cape Land Committee, which represents landless rural people and emerging farmers in the Karoo.

Earlier this month, the SA government lifted its 14-month moratorium on fracking. This paves the way for exploration drilling to scout for shale gas resources in six of SA’s nine provinces.

Last week, the Department of Mineral Resources released the full report on the government’s investigation into fracking. 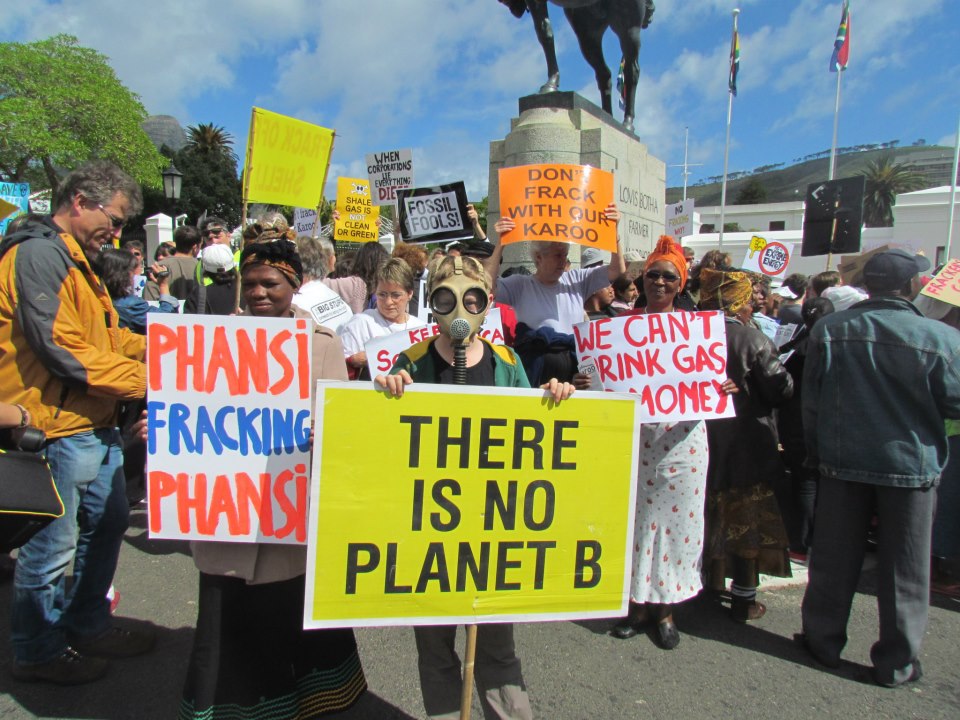 But the 84-page document, written by Gideon Steyl of the chemistry department of the University of the Free State (UFS); Gerrit van Tonder, of the Institute for Groundwater Studies, also at UFS; and Luc Chevallier of the Council for Geoscience, urges the government to tread carefully.

Yesterday, Treasure Karoo Action Group chairman Jonathan Deal said: “We are not convinced that fracking is the only way for the government to obtain resources. We have been asking for transparency from various departments, but we have not heard from them.”

Deal said he had examined the report of the task team that the government had appointed to probe fracking, and found it contained no comment from the ministries of transport, tourism, heritage, agriculture, rural development or health. 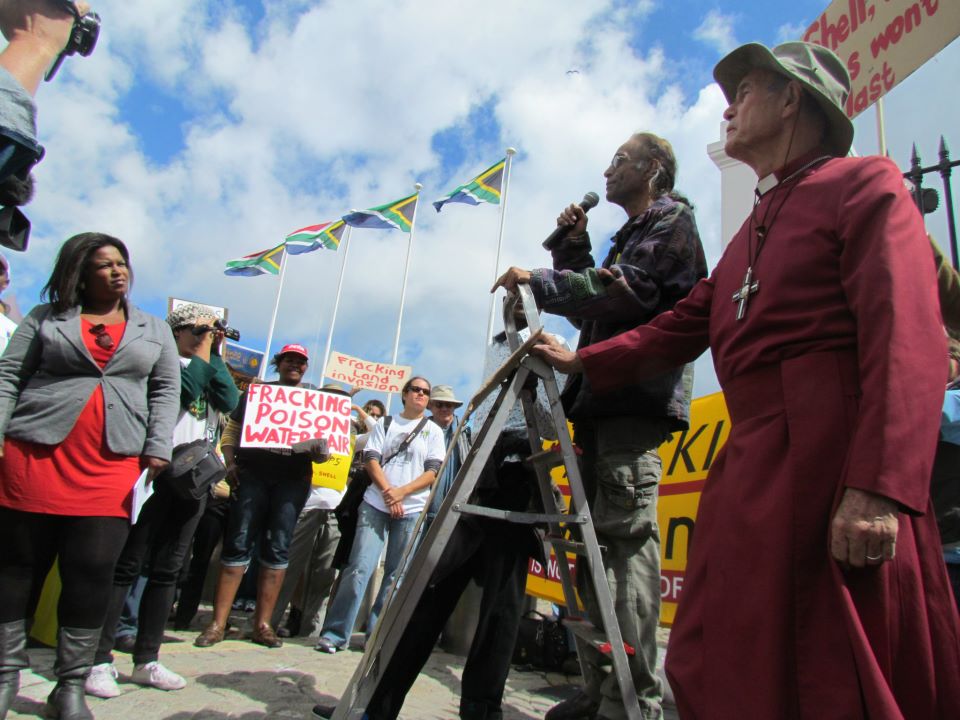 “How can the government decide about this without those ministries talking? How can they say it’s safe?” Deal asked. He also expressed fears that the government’s judgment had been clouded by the promise of big money by major oil companies.

“Africa has been raped. The scars of environmental rape will haunt generations afterwards, so don’t allow it [fracking]. We Ogoni people have resisted Shell without any legislation. You have legislation backing you, you have freedom of the press, exploit it,” Wuganaale said.

“The sun shines every day upon us and the wind blows through us every day, so why can we not use these natural resources for our future? Instead they want to destroy our natural land, and poison our water,” said Davies. 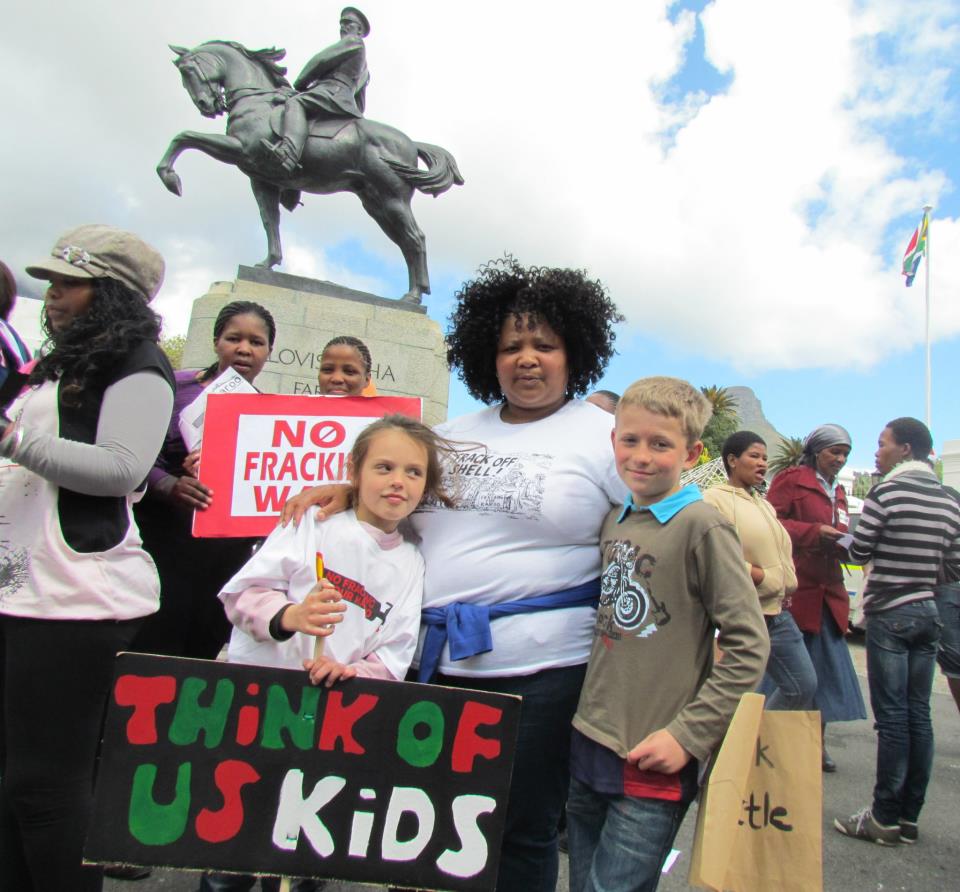 He said a decision on fracking would have to include the views of tourism experts, doctors and economists. It would have to be a more inclusive process so the best possible decision can be made.

All South Africans that care about the future of their land are encouraged to head over here and sign the petition. 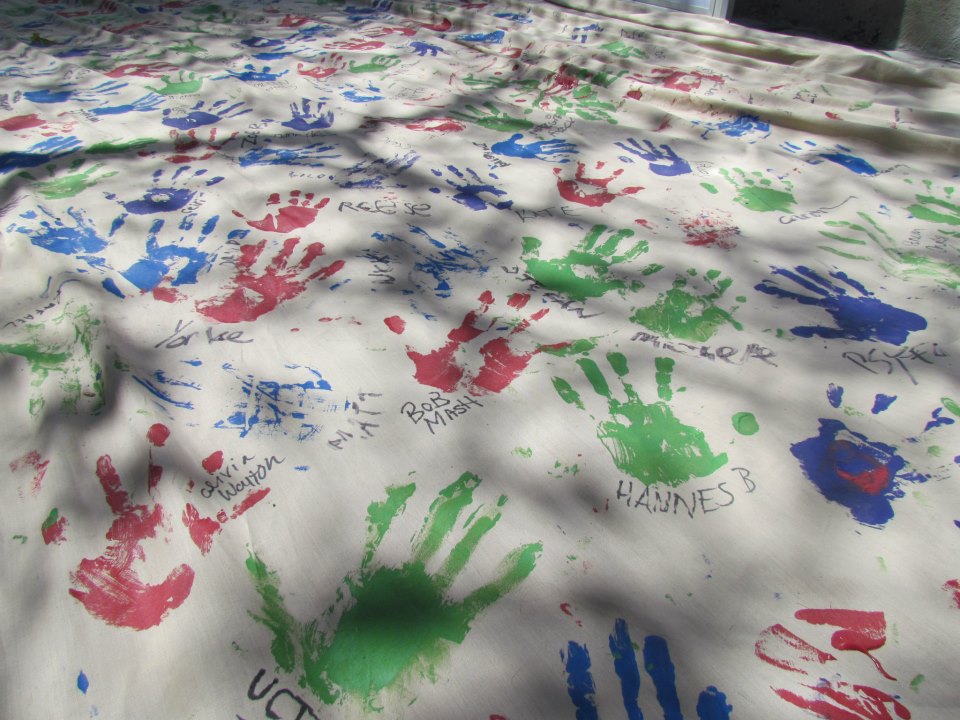 Lennon, 36, and his mother recently founded Artists Against Fracking, a group that campaigns against the extraction of natural gas and petroleum by fracturing rock. The group and its cause have attracted major backing in liberal Hollywood.

Last month, Lennon wrote an opinion piece for the New York Times in which he said: “Surely the voice of the ‘sensible centre’ would ask to stop all hydraulic fracturing so that our water, our lives and our planet could be protected and preserved for generations to come.” 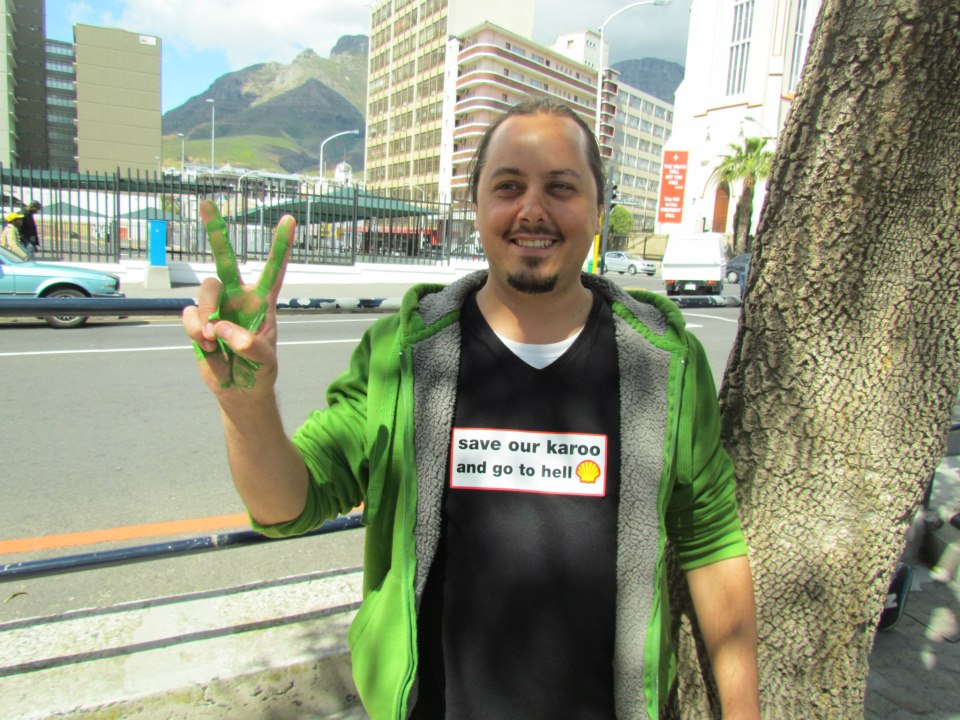 Jonathan Deal, chairman of the Treasure the Karoo Action Group, was one of hundreds of people that came out to protest the lifting of SA’s fracking moratorium.