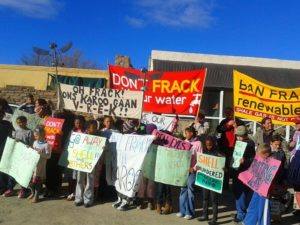 Minister Shabangu’s announcement last Friday of the Department of Mineral Resource’s pro-fracking decision to cabinet ripped like wild fire through environmental circles the past week. If there is one issue that can unite all the different green role players in this country, I think it’s this one.

The sensitive Karoo ecology is regarded as the heartland of the country by many hard-working environmentalists who devote their lives to treasuring this country’s resources and biodiversity. If you take into account the severity of all issues on this front, there is nothing more crucial than our water. And nowhere are the consequences of water scarcity more evident than in this semi-arid area, where the windmills of old still turn in the breeze to pump what ground water is left for livestock to drink.

The Treasure the Karoo Action Group (TKAG) is a non-profit organization now looking for funds for a legal campaign to take the government to court and formally oppose the issuing of fracking licenses.

“This rushed decision to lift the current moratorium on fracking contravenes our constitutional rights to a safe environment, clean air and clean drinking water,” said Jonathan Deal, chairman of TKAG.

“In the US for example, they are taking up to 4 years to make a decision on fracking in one of their states, doing proper cost benefit analysis (effects on roads, taxes, jobs, air pollution, environmental impact, water sourcing, etc, etc) and our Minister has only taken a few months without doing a cost benefit analysis for the country!”

“Fracking could have irreversible effects on our environment and the fracking technology has been banned or under some form of moratorium in 155 places globally.” 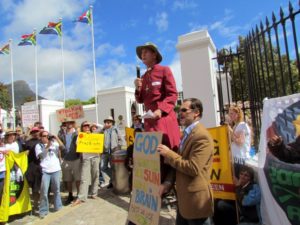 “Earthlife Africa’s position is actually quite simple: There is ample scientific evidence to confirm water pollution. The point that the water is at a shallower level than the gas is of more concern, both because of the potential break in integrity in the fracking cement lining and for the danger of the possible escape of the fracking water.”

There is a general consensus among the majority of environmentalists of the importance of the need to lobby for increased and accelerated investment in renewable energy sources.

“We do not need unconventional gas to meet growing energy demand in South Africa, as we have far more immediately viable and sustainable energy development options than shale gas.

“Scenarios for energy supply, both nationally and globally, consistent with strong economic growth, indicate the imperative for not utilising the full extent of fossil fuel reserves already established, but rather prioritising the use of renewable energy resources,” said the WWF.

The Department of Minerals Resources had appointed a Task Team to research the risks and benefits of approving the applications to drill for shale gas, which were received from 3 companies – Royal Dutch Shell, Bundu and Falcon. Altogether they had applied to frack 20% of the country and 80% of the Karoo. 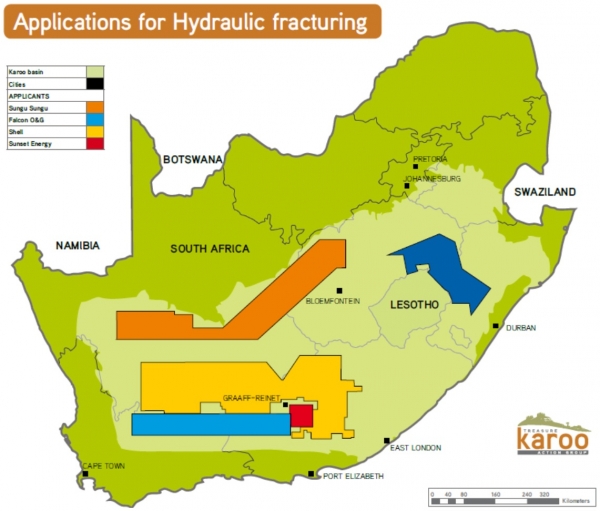 The Working Group (of the Task Team) on Shale Gas and Hydraulic Fracturing was chaired by the CEO of Petroleum Agency SA and comprised representatives from the Departments of Environmental Affairs and Water Affairs, Science and Technology, Energy, Mineral Resources, the Petroleum Agency of South Africa, Council for Geoscience, SKA South Africa, Water Research Commission, and ESKOM.

“While the existence of a significant gas resource in the Karoo would have implications for South Africa’s energy security by reducing national dependence on other fossil fuels, the magnitude of this potential is subject to considerable uncertainty owing to the difficulties in quantifying the resource.”

“The process requires the use of significantly large quantities of a base fluid, usually water, together with a small fraction of sand and chemicals pumped into the reservoir with sufficient pressure to create artificial fractures, thereby improving the permeability of the rock and allowing the gas to be produced.”

In terms of the threat to the water resources of the Karoo area, the report states “….an immediate and important concern requiring additional attention is water usage and disposal: in particular, the volume and transportation of the water, the potential contamination of water resources and the disposal of ‘used’ fracturing fluid.” 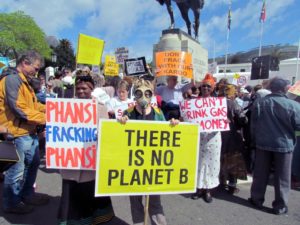 There is another concern about the impact that such fracking operations could have on the effectiveness of the planned SKA (Square Kilometre Array), the world’s biggest telescope, the bid for which SA won specifically due to the low level of population density in the Karoo. This had made the area an ideal site for astronomical observation and constituted the basis of South Africa’s bid to host the Square Kilometre Array.

“Unmitigated radio-frequency emissions produced by the operation of heavy industrial equipment in shale gas exploration and production are expected to be detrimental to radio-astronomy operations.”

The primary conclusion reached in this report is that South Africa’s regulatory framework must be robust enough to ensure that, if hydraulic fracturing associated with shale gas exploration and exploitation were approved, any resultant negative impacts would be mitigated. 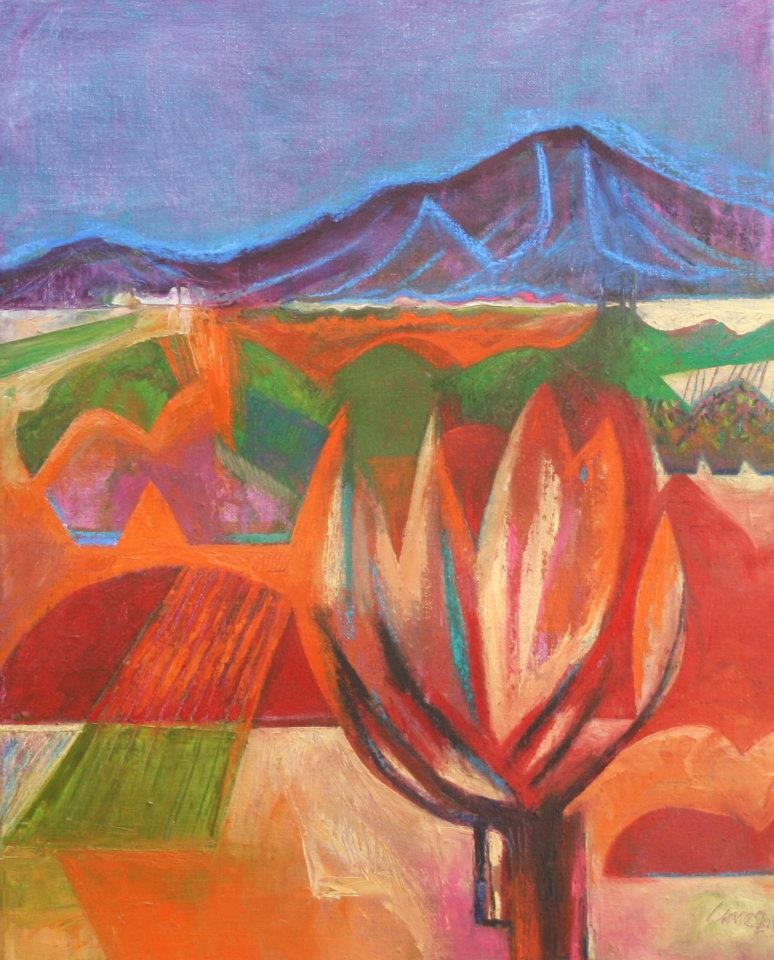 Mr Jan Willem Egginck, Upstream (Exploration) Shell South Africa said the threat of water contamination was minimal and they were committed to open discussion about the environment related to the effect of fracking. He also said that companies should plan for all eventualities.

“I cannot rule out that an incident will not occur because I don’t think we should. We should be honest: This is an industry where incidents may occur. I always say good operators like Shell have a plan in case an incident happens; bad operators have no plan: They run into a problem and then they don’t know what to do.”

A University of the Free State professor Gerrit van Tonder said that companies should be careful about water pollution with regard to fracking.

“This is serious stuff. There will be trouble, and Shell and the other companies involved must take note.” 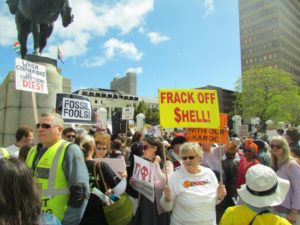 So now it is up to South Africans to decide whether we will allow our country to be fracked up or not. Let’s not be victims and just complain.

There is much we can do if we don’t want this:

Someone said that our children don’t inherit the earth from us, but that we are borrowing it from them. If this earth belongs to our children, what should we do now?