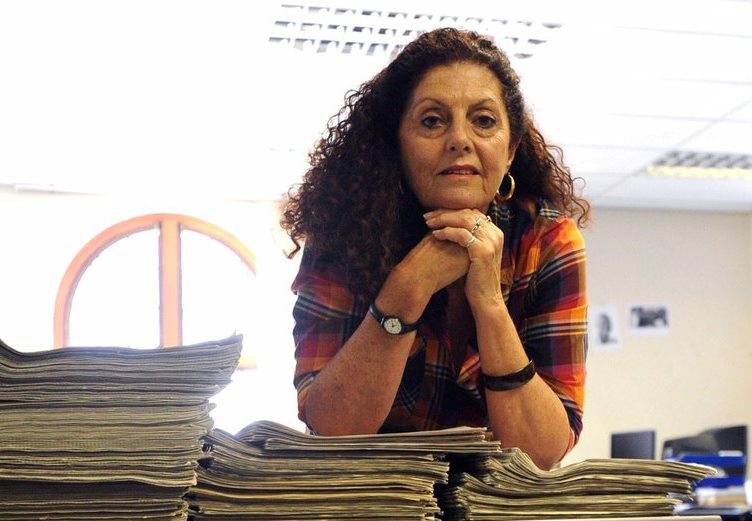 Melanie Gosling (pictured) of the Cape Times wrote a story about the irregular tender and the findings of the Public Protector which included that: “the awarding of the tender to Sekunjalo Marine Service Consortium was improper” and that the “fisheries department had failed to deal with issues of conflict of interest in awarding the tender to run patrol vessels to Sekunjalo because Premier Fishing was a subsidiary of Sekunjalo, which meant the Sekunjalo consortium would be referee and player” (Cape Times 6 December 2013).

The article was published on Friday 6 December, and on Sunday 8 December Alide Dasnois was removed from her position as editor of the Cape Times and staff were told that both the Cape Times and the reporter involved, Melanie Gosling, would be sued, and that the reporter would be sued in her personal capacity without the support of the paper. A very good article was written by Stephen Grootnes and published in the Daily Maverick.

This is unprecedented and has huge implications for media freedom in South Africa, particularly as Sekunjalo Media controls Independent Newspapers and Independent Newspapers is the leading newspaper group in South Africa, publishing according to their website ‘more than 30 daily and weekly newspapers in the country’s 3 major metropolitan areas – including the Cape Times, Cape Argus, The Mercury, The Star, Daily News and Pretoria News.”

Independent Newspapers is owned by a consortium with Sekunjalo Media having the controlling percentage. Sekunjalo Investments is the company involved in the irregular awarding of an R800-million-per-annum-for-five-years tender. Both companies are allegedly run by the same man, Dr Iqbal Surve.

Newspaper companies have always paid for and fought the legal battles of publications, editors and reporters. Now we have a situation where the publisher and owner have threatened to sue one of its titles – the Cape Times, and its editor and its reporter. This is unprecedented.

The issue is far more important than one editor and one reporter – the implications for press freedom and editorial independence are profound because it means that all the many staff who work for Independent Newspapers will know that they will have to face legal action from their owners if they report on any news the owner is not happy with, and that in this fight, they will be on their own and unsupported. This means that journalists will not be able to do their jobs properly under these circumstances, and that there will be no editorial independence for most of South Africa’s daily papers, and weekend papers. What will suffer is the public’s right to know.

The timing of this crisis has coincided with South Africa’s time of grief for Mandela. Mandela himself is quoted as saying that “a critical, independent and investigative press is the lifeblood of any democracy. The press must be free from state interference. It must have the economic strength to stand up to the blandishments of government officials. It must have sufficient independence from vested interests to be bold and inquiring without fear or favour. It must enjoy the protection of the constitution, so that it can protect our rights as citizens.” It is ironic that whilst we celebrate his life, press freedom is threatened. The timing has also meant that the news has little space for anything else.

As an environmentalist I need to know that the environmental stories involving corrupt business deals are reported on and brought into the public arena. If the removal of Alide Dasnois from office is allowed to happen, and if the Cape Times and its staff are sued, then true environmental journalism within the Indpendent Newspaper Group may well be dead. What is next?

In 1984 Mandela addressed the International Press Institute Congress Mandela 1984: The removal from South Africa`s Statute books of the scores of laws, ordinances, regulations and administrative measures that have empowered government to abridge the rights of South African citizens to know the truth, or which repress the freedom of the media to publish, or which limit citizens` rights to express themselves are, in our view, essential for a democratic political climate. Freedom of expression, of which press freedom is a crucial aspect, is among the core values of democracy that we have striven for.

Actions you can take:

Any other actions that you can take in your own fields of influence (nationally and internationally) will contribute to freedom of the press in South Africa.