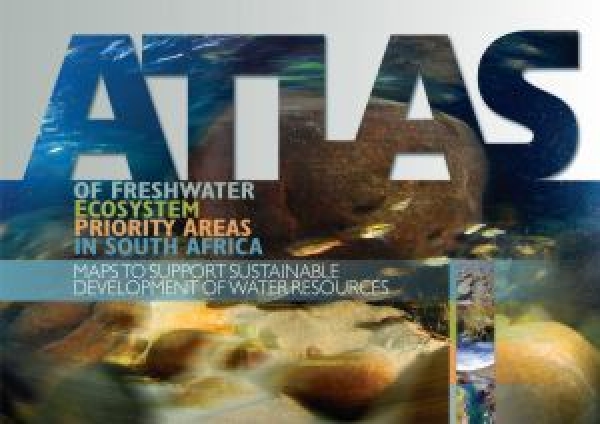 An atlas that contains mapped rivers, wetland and estuary priority areas in South Africa was launched by the Deputy Minister of Water and Environmental Affairs, Ms Rejoice Mabudafhasi, earlier this week. The Atlas of Freshwater Ecosystem Priority Areas in South Africa is the result of a project by the CSIR and a number of partners to determine which ecosystems in South Africa are the most important to keep in a good condition and the results were mapped.

The project started three years ago to establish how many and which rivers and wetlands need to be maintained in a natural condition to sustain economic and social development, while still conserving South Africa’s freshwater biodiversity.

Having all these organizations work together on the project is something worth noting. Like Shanna Nienaber from CSIR said:

“The end-users of the project have been included in the project development right from the start. The final products are making their jobs easier.”

Dr Jeanne Nel, principle scientist and project leader, also from CSIR, added that “the work that has gone into the atlas is truly amazing.”

She said that water influences the well-being of a country’s people; water shortages or a decline in water quality will hamper economic development, but ultimately the quantity, quality and timing of water flow are determined by the health of the ecosystems through which water flows.

“The National Freshwater Priority Areas project has its roots in these findings. We needed a strategic intervention to help sustain and conserve the country’s freshwater ecosystem,” she said.

“For me, possibly the biggest highlight of this project has been that we’ve managed to produce maps that feed directly into both water and biodiversity policy and legislation.”

Dr Ernst Swartz, senior scientist at SAIAB, believes the project will make a difference in the conservation of freshwater fishes in South Africa.

“For the first time freshwater fish experts around the country prioritized threatened fish species and their surviving populations on a natural scale. The maps we produced are a benchmark for future conservation planning and represent a significant step towards prioritizing our efforts to prevent extinction of our unique freshwater fish fauna,” he says.

Some of the key findings that emerged once the data had been collected and processed include:

The atlas contains 19 priority area maps, one for each water management are in South Africa. The maps show river priority areas and the associated land that drains into that particular river reach, called a sub-catchment. It also shows wetlands, or clusters of wetlands that are priorities. It has different color fish symbols to indicate the presence of a fish sanctuary for critically endangered and endangered and other threatened indigenous freshwater fish. Upstream management areas are also indicated; in these areas development can go ahead, but must not impact on the condition of the downstream priority areas. The atlas is also available on DVD with a GIS viewer. The project team has compiled an implementation manual to provide guidance on how the freshwater ecosystem priority areas should be implemented.

Deputy Minister of Water and Environmental Affairs, Ms Rejoice Mabudafhasi, emphasized the need for the creation of “green jobs” with projects like Adopt a River and stressed that everyone ought to work together towards a common goal, because “one finger cannot pick up the peanut. It is everyone’s responsibility to take care of the rivers”.

She went on to say that “the maps in this atlas are made available to planners and decision-makers through training and web-based tools in SANBI’s Biodiversity GIS website. In fact, training and capacity development will begin this week in Cape Town, followed by Pretoria and KwaZulu-Natal. Water is fundamental to the economic growth of this country and to the well-being of all our citizens. There is no doubt that this scarce resource in South Africa should be well managed, protected, used, conserved and developed in a sustainable manner. We can save tomorrow, today.”