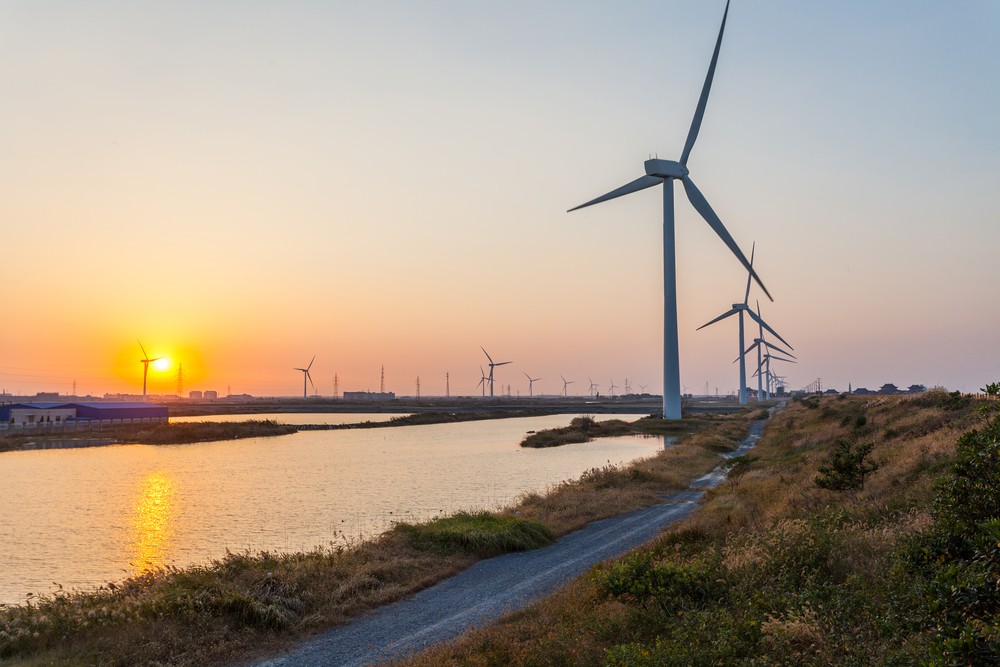 A coastal wind turbine in China. In China, coal consumption fell in 2015 for the second year in a row, while clean energy investment soared to a record high of $111 billion, marking an annual increase of 17 percent. Image: Shutterstock

Last December, 196 countries adopted the historic Paris Agreement on climate change, creating the first universal pact to put the world on a path towards a zero-carbon, resilient future.

Since then, some concrete steps have been made while examples of substantial progress that took place in 2015 is just now coming to light. Countries, regions, cities and businesses are taking action to move the world in the right direction toward a low-carbon, climate resilient future.

With global leaders gathering in New York on April 22 to sign the Paris Agreement, now is a good time to reflect on the changing landscape of the global response to climate change.
Encouraging worldwide signs

Analysis from the International Energy Agency indicates that, for a second year in a row, global energy-related carbon emissions stalled while the economy continued to expand, confirming the decoupling of global emissions from economic growth. In the last 15 years, 21 countries have reduced annual GHG emissions while growing their economies.

Progress is also evident at the country level. In China, coal consumption fell in 2015 for the second year in a row, while clean energy investment soared to a record high of $111 billion, marking an annual increase of 17 percent. In March, the country revealed its 13th Five-Year Plan, the economic and social development blueprint for the next five years, which lays out targets and measures to achieve its Paris Agreement pledge.

The plan includes a target for China to reduce its carbon intensity 48 percent from 2005 levels by 2020, exceeding its original target of a 40-45 percent reduction by that year. The blueprint is being turned into action, as China issued new directives to curb coal power plants construction and boost renewable energy generation.

China’s vision of a more sustainable economy based on services, innovation, and more advanced, efficient manufacturing is starting to come true: the service sector now accounts for more than half of GDP and continues to grow at a faster pace than manufacturing. 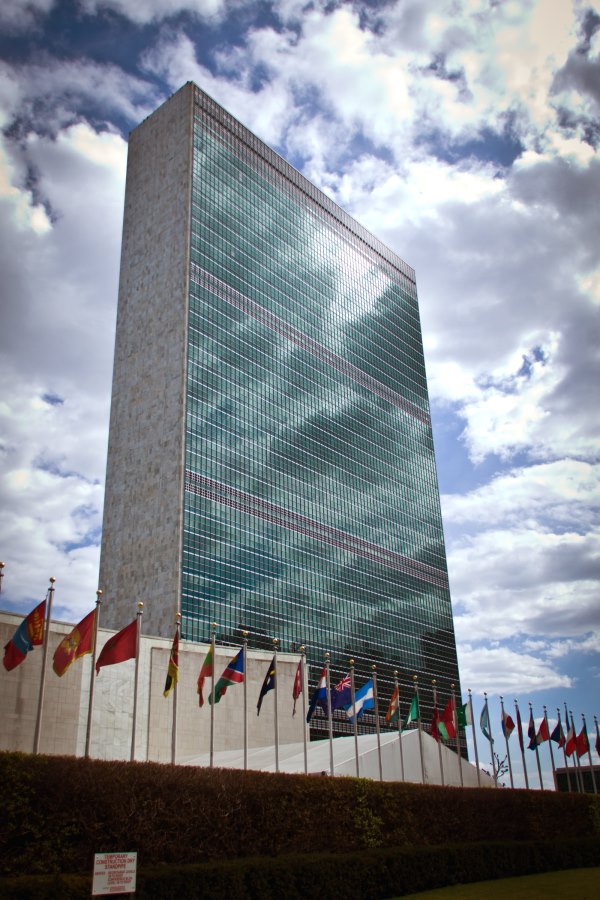 Up and down in Midtown, New York. Image: John Gillespie / Flickr

India, which shares the ambition for sustainable development, was among the top 10 countries in renewable energy investing for 2015, with investment of $10.2 billion, 22 percent more than the year before. This year, India’s Ministry of New and Renewable Energy approved six new solar park projects.

There are 33 solar parks across 21 Indian states under development. Together, they will create an aggregate capacity of 19.9 gigawatts (GW), edging the country towards its goal of 100 GW solar photovoltaic power generation by 2022.

In February, 17 governors from both Republican and Democratic parties pledged to accelerate state effort to boost renewables, build better electricity grids and cut emissions from transport – suggesting a shift in U.S. public opinion.

A recent poll indicated that a record number of Americans see global warming as a threat. Efforts to support adaptation are also moving ahead as the U.S. Department of the Interior recently announced nearly $5 million to help the U.S. Virgin Islands build resilience to climate change.

Together, the two countries represent 38 percent of global greenhouse gas (GHG) emissions according to the UNFCCC, more than half of the 55 percent of global emissions required to bring the Paris Agreement into force. The fact that these top emitting countries are on board sends a strong signal to others to formally join the group. (The agreement also requires that at least 55 countries join.)

Many more countries are taking action as well. Morocco recently switched on the first phase of its concentrated solar power plant, which will be the world’s largest solar plant. Thanks to Mexico’s first Clean Energy Auction, solar power there is projected to grow 521 percent this year.

The Pacific island nation of Tonga’s new national climate change policy aims for 100 percent renewable energy and 30 percent of land utilized for agroforestry or forestry by 2035. Both Argentina  and Indonesia intend to enhance their national climate plans, while Papua New Guinea becomes the first country to officially submit its Nationally Determined Contribution.

Fiji, Marshalls Island, Palau, Tuvalu and Switzerland have all completed their domestic approval processes to formally join the Paris Agreement on April 22.

Support for developing countries will be crucial to realize the full cumulative potential of all national climate plans. To that end, the World Bank has recently adopted a climate action plan that will help countries in need meet their pledges to the Paris Agreement.

Momentum is growing among cities, regions, businesses, civil society groups and cooperative initiatives. Since the December Paris meeting, more than 500 new commitments have been recorded in a database that tracks climate commitments by non-state actors. This includes growing participation by cities in the Compact of Mayors and the Covenant of Mayors and by businesses in Caring for Climate, the UN’s initiative for business leadership on climate change.

Cities, states and regions have taken significant action this year. San Diego, California, plans to make the transition to 100 percent renewable energy by 2035, while the U.S. state of Oregon passed legislation to end coal use and increase renewable energy to 50 percent by 2040.  In Australia, the city of Adelaide committed to become the world’s first carbon neutral city. Mato Grosso do Sul, the sixth largest state in Brazil, also announced its pursuit of becoming a carbon neutral state.

Businesses, banks and investors are increasing their climate action role. Microsoft partnered with the state of Virginia and Dominion Virginia Power to invest in a 20 megawatt (MW) solar energy project. Crédit Agricole, one of the largest banking groups in Europe, recently said it aims to achieve 100 percent renewable energy in global operations by the end of 2016.

India’s TATA Motors and technology giant Hewlett-Packard are among the new recruits of the RE100 initiative since Paris, pledging to achieve 100 percent renewable energy. A consortium of financial institutions led by Bank of America has pledged $8 billion to scale up climate change investment.

More than 130 governments are expected to sign the new Paris Agreement on climate change on Earth Day. Many are also expected to formally join the Agreement in the coming months, offering countries an opportunity to reinforce their commitments to action. This is of critical importance to give the planet a fighting chance of limiting global warming and avoiding the most damaging effects of a changing climate.

by Ranping Song and Cynthia Elliott