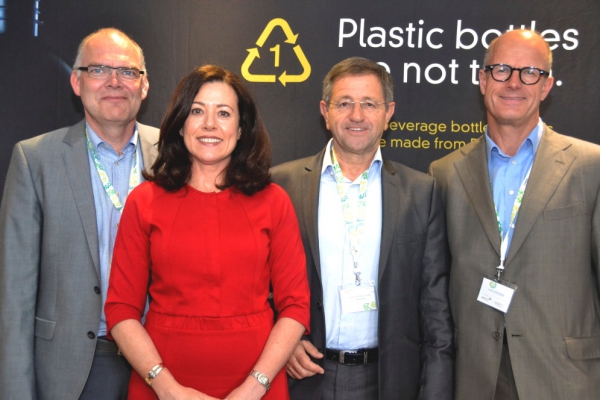 “There is no Planet B. We are all a part of the global market and live on a planet with finite resources. We have the same aspirations and visions but will have to find a unique strategy when it comes to our waste management and recycling challenges.“

This was the message from the first South African and European Colloquium on Recycling that took place in Cape Town last week, entitled “Global Partnerships for a Sustainable Recycling Sector: Sharing. Dialogue. Action,” which was hosted by PETCO, the PET Recycling Company.

“We invited the European Association of Plastic Recycling and Recovery Organisation (EPRO) to South Africa to have their first ever General Meeting on African soil and to participate in this pioneering international recycling colloquium in order to create a platform for the sharing of ideas and set the stage for future global partnerships that would make this possible,” said Cheri Scholtz, CEO of PETCO and local host of the conference.

“Waste is a resource and should not be landfilled or burnt. We need to transition to a circular economy as a more sustainable economic growth model by means of joint efforts and initiatives aimed at increasing material recovery and reducing the impact of litter on the environment on a global scale,” said Janez Potočnik, European Union Commissioner on the Environment during his opening speech.

During 6 plenary sessions 15 members of the European Association of Plastic Recycling and Recovery Organisation (EPRO), and 15 of South Africa’s experts on recycling, waste management, recovery and sustainability delivered papers on the challenges, opportunities, latest trends and innovations in their respective areas of expertise. These and other points of discussion were debated and discussed in depth during a concluding panel debate, which allowed members of the audience to pose their questions and comments to local and international experts. 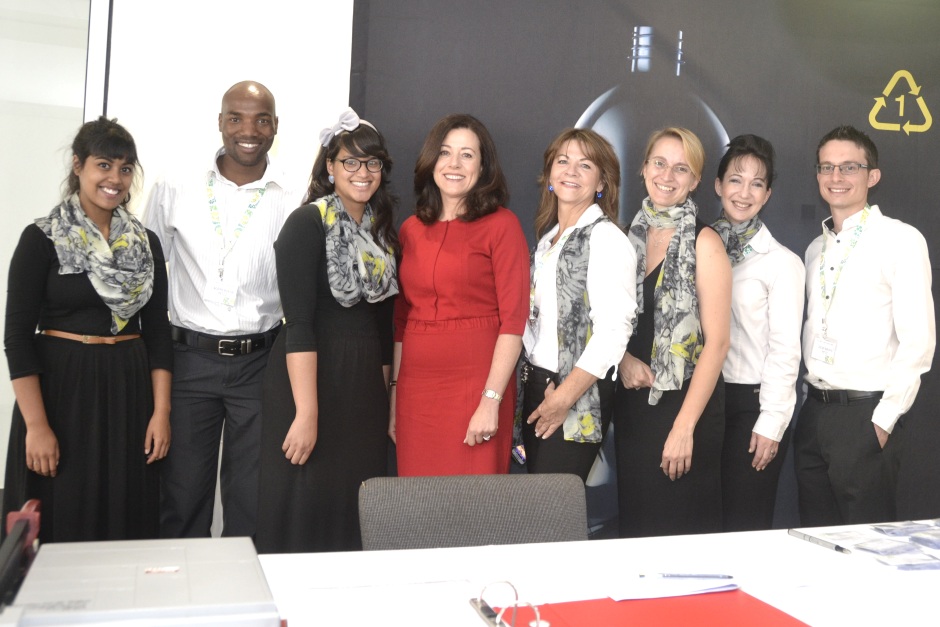 SA not far behind Europe with recycling

“South Africa can be proud of its accomplishments in the area of plastics recycling, one of the key building blocks of a Green Economy, “said Cheri Scholtz, explaining the importance of the South African / European colloquium for future partnerships. “South Africa is clearly leading the rest of Africa in this regard, and is not lagging far behind its European counterparts with its impressive recycling figures and innovative solutions developed for recycling and waste recovery. Imagine the impact we can have if we take hands across the globe and find ways to recycle better, smarter and more efficiently?”

The international delegation made it clear from the outset that they were not only eager to share with South African audiences their wealth of knowledge and the valuable lessons they had learnt in Europe and the United States, but that they also wanted to learn from our experiences across all packaging streams in Southern Africa, the BRICS and other developing countries who were represented on the programme.

50% packaging and paper recycled during 2012

“Countries are all somewhere on the recycling continuum,” Scholtz said. “They are either in start-up phase, or could be years down the line with elaborate setups for recycling and many products containing recycled material that have market acceptance. In developing countries, like South Africa, where in 2012 we achieved a 50.5% packaging and paper recycling rate, the recycling industry is often seen as a means to provide income, skills development and create sustainable livelihoods. For this reason, waste management in South Africa, as a major element of the Green Economy, places a lot of emphasis on job creation and service delivery. However, it is also important for us to learn from developed countries and to avoid making costly mistakes that could have been avoided as we transition from a change society into a circular society, backed by Extended Producer Responsibility, consumer commitment and cooperation from all stakeholders in the value chain,” she said. 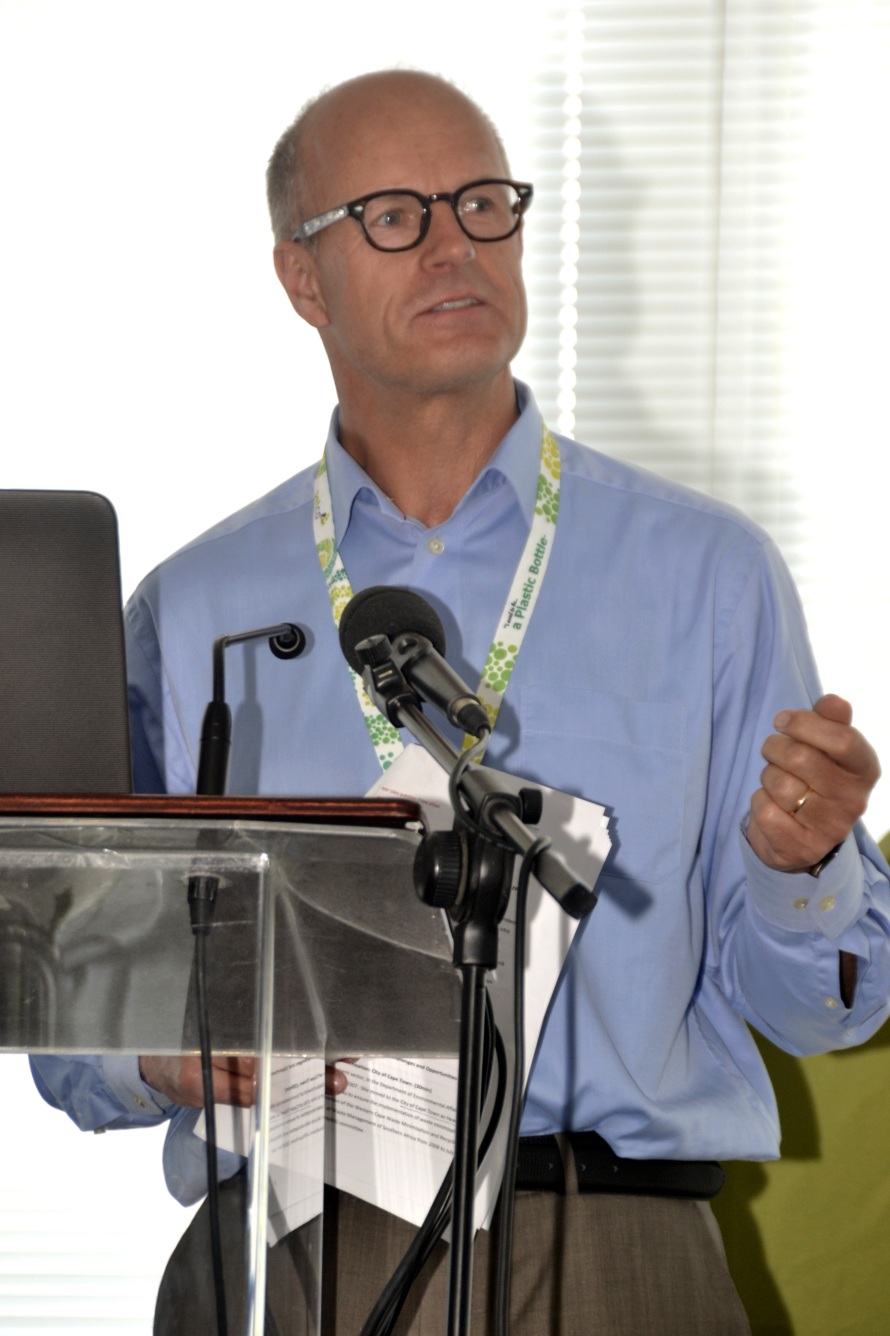 This was confirmed by Peter Sundt (above), Secretary-General of EPRO who had led the European delegation on their South African trip.

“We were very impressed by the innovation and commitment seen on South African shores. As is the case in Europe, Extended Producer Responsibility is the main driver to stimulate collection and recovery of materials, where we achieved a recycling rate of 34% for plastic packaging in the EU in 2012,” Sundt said.

“We enjoyed discussing recycling issues and initiatives with our South African counterparts, and having the opportunity to visit various recycling plants around Cape Town on the last day of their visit. It was a highly successful colloquium which increased the total intellectual capacity of all in attendance,” he continued.

Looking ahead, Scholtz says “the colloquium has set the stage for on-going partnerships, dialogue and joint initiatives to fuel our pursuit of a resilient, innovative and sustainable recycling sector. Thanks to the sponsors of the colloquium, National Research Foundation, City of Cape Town, POLYCO, MPact Recycling and Plastics|SA who through their support have showcased how we can work together and support our industry as a driver of the Green Economy.”

The conference in numbers