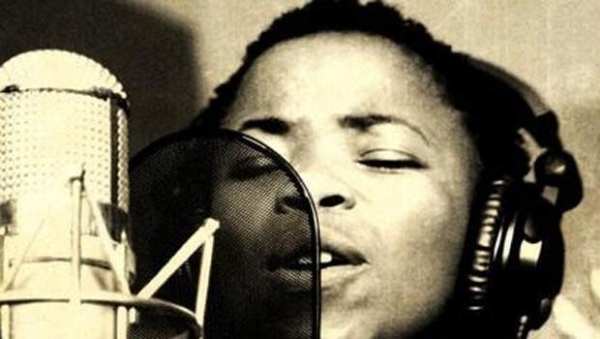 Zolani Mahola is one of the People Power artists. Image: 350.org

The United Nations climate talks have unfortunately been just that for 16 years – just talk and no real action, the most famous of these so far being the failed conference in Copenhagen in 2009. After the deep disappointment of Copenhagen, a South African anti-apartheid activist teasingly noted that the talks had failed because the climate movement didn’t have a song!

For the 17th conference in Durban this December, we didn’t want to make the same mistake twice! A group of leading musicians throughout Africa and other parts of the world to create a song that both tells the truth about how hard climate change is affecting Africa and that also inspires people to join together to create a brighter future for everyone.

Africa is the continent that is most vulnerable to climate change (according to the recent Maplecroft report, of the world’s most highly vulnerable countries, approximately two-thirds are located in Africa). These impacts include more severe droughts, increasing deserts, worsening storms that damage people’s croplands, and sea level rise affecting the coastal communities. People in the Eastern Horn of Africa are already being forced off their homelands due to the drought and famine made worse by climate change.

A rich history of fighting injustice

The African continent also has a rich history and recent past of fighting injustice, of creativity, of perseverance, of communal caring, and of traditional wisdom of living in harmony with nature. And it is the birthplace of humanity – all people, the world over, carry memories of Africa in their cells.

The youth conference was filled with an incredible energy – and energy that is infectious and joyous. Over and over these last 3 days we broke into song and chants of “Amandla – Awethu!” (“Power to the people”). This is one of the greatest gifts the climate movement of Africa has to share with the world – the joy and love of people powered movements expressed through song.

The joyous song that is on display in South Africa was much of the inspiration for Radio Wave – a chance for us to raise our voices together and take to the airwaves to help spread this movement.

Filling the airwaves around the globe

By filling the airwaves around the globe with the power of song and story, maybe we can reignite some of these memories and remind people of the power we have when we stand together. Together we can overcome climate change. Together we can create a brighter future!

Listen to the new “People Power” song and join in:

“Africans have this thing called ‘ubuntu’. It is about the essence of being human, it is part of the gift that Africa will give the world. We believe that a person is a person through another person, that my humanity is bound up, inextricably, with yours. When I dehumanise you, I inexorably dehumanise myself. The solitary human being is a contradiction in terms and therefore you seek to work for the common good because your humanity comes into its own in belonging.”