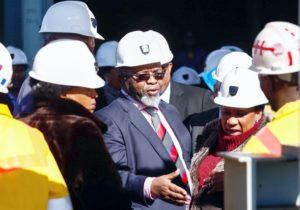 As the ravages of climate breakdown barrel at exponential speeds across the planet, the fossil fuel conglomerates are facing unprecedented pushback. The anger is mostly coming from teenagers, who will bear the brunt of the devastation.

But the protests are being supported by rising calls for fossil fuel executives to be tried for crimes against humanity, by strident shareholder activism and by revelations of the size of the subsidies that governments around the world are granting to the oil majors. In South Africa, Sasol is feeling intense heat.