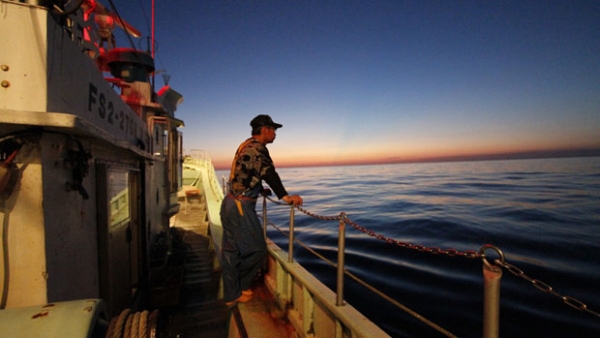 Third-generation fisherman Fumio Suzuki sets out into the Pacific Ocean every seven weeks, not to catch fish to sell, but to catch fish that can be tested for radiation.

For the last 2½ years, fishermen from the port of Yotsukura near the stricken Fukushima Dai-Ichi nuclear plant have been mostly stuck on land with little to do. There is no commercial fishing along most of the Fukushima coast. In a nation highly sensitive to food safety, there is no market for the fish caught near the stricken plant because the meltdowns it suffered contaminated the ocean water and marine life with radiation.

The plant suffered triple meltdowns after the massive earthquake and tsunami in March 2011. TEPCO, the Tokyo Electric Power Co., is putting tonnes of water into its reactors to cool them and is struggling to contain the resulting waste water.

A sliver of hope emerged after recent sampling results showed a decline in radioactivity in some fish species. But a new crisis spawned by fresh leaks of radioactive water from the plant last week may have dashed those prospects.

Authorities discovered that a massive amount of partially treated, radioactive water was leaking from tanks at Fukushima, the fifth and so far the worst, breach. The water, stored in 1,000 tanks, is pumped into three damaged reactors to keep their melted fuel cool. Much of the water leaked into the ground but some may have escaped into the sea through a rain-water gutter.

On Wednesday, the Nuclear Regulation Authority upgraded its rating of the leak to a “serious incident,” or level 3, up from a level 1 on the international scale of the International Atomic Energy Agency. 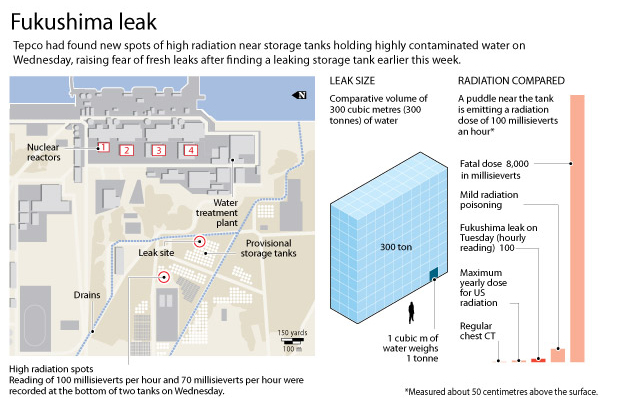 It remains unclear what the environmental impact from the latest contamination will be on sea life. Scientists have said contamination tends to be carried by a southward current and largely diluted as it spreads.

Fishermen like Suzuki, 47, now wonder whether they ever will be able to resume fishing, a mainstay for many small rural communities like Yotsukura, 45 kilometres south of the Fukushima plant. His son has already moved on, looking for work in construction.

“The operators [of the plant] are reacting too late every time in whatever they do,” said Suzuki, who works with his father Choji, 79, after inheriting the family business from him.

“People in the fishing business have no choice but to give up,” he said. “Many have given up already.”