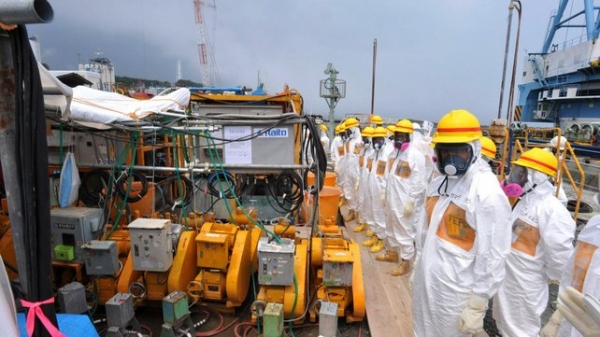 Radiation readings around tanks holding contaminated water at the crippled Fukushima nuclear plant have spiked by more than a fifth to their highest levels.

Japan’s nuclear regulator said radiation hotspots have spread to three holding areas for water contaminated during the meltdown at the Fukushima Daiichi plant in March 2011.

Rising radiation levels and leaks at the plant have prompted international alarm, and the Japanese government has said it would step in with almost $500 million of funding to fix the growing levels of contaminated.

Readings just above the ground near a set of tanks at the plant showed radiation as high as 2,200 millisieverts (mSv), the Nuclear Regulation Authority (NRA) said.

The previous high in areas holding the tanks was the 1,800 mSv recorded on Saturday.

Enough to kill within hours

Both levels would be enough to kill an unprotected person within hours.

The NRA has said the recently discovered hotspots are highly concentrated and easily shielded.

The tanks sit on a hill above the Pacific Ocean at the Fukushima plant, which was devastated by a massive earthquake and tsunami in March 2011, triggering the worst nuclear crisis since Chernobyl a quarter of a century earlier.

The plant operator, Tokyo Electric Power Co, or Tepco, said last month that water from one of the tanks was leaking.

Another small leak was found later and the rising number of areas of concentrated radiation are raising concerns of further leaks. 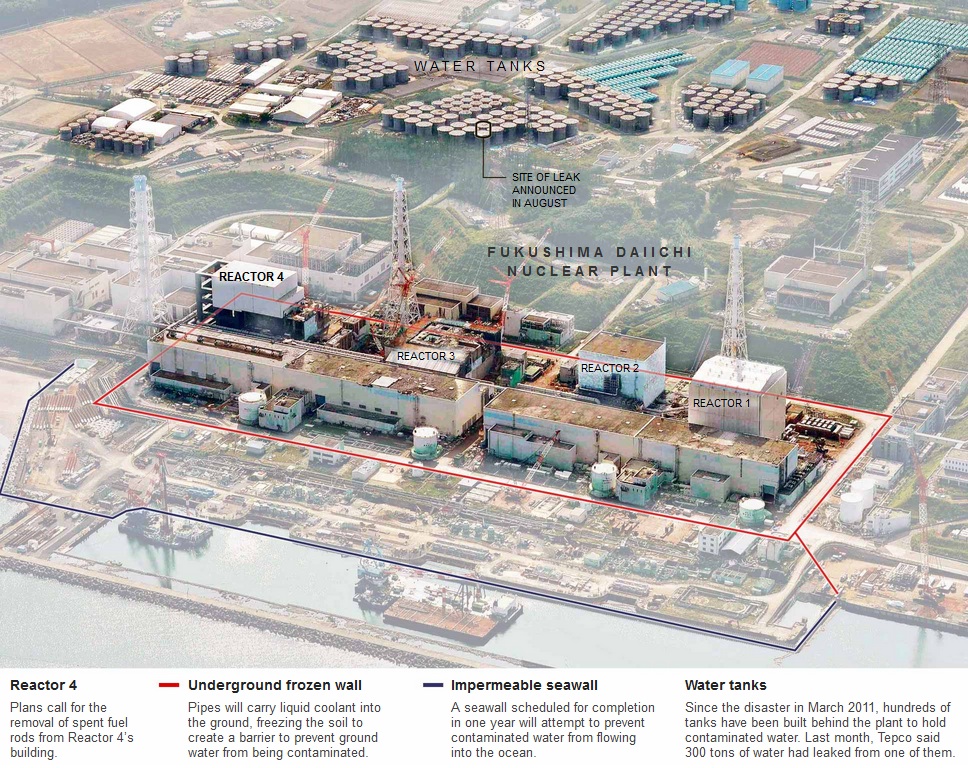 The NRA later raised the severity of the initial leak from a level 1 “anomaly” to a level 3 “serious incident” on an international scale of 1-7 for radiation releases.

“We have to worry about the impact on nearby groundwater…These tanks are not sturdy and have been a problem since they were constructed two years ago.”

It is also possible the radiation readings are increasing because of more frequent monitoring and inspections by Tepco employees, indicating the hotspots and leaks have been there for some time, Mr Koide said.

The disaster created fuel-rod meltdowns at three reactors, radioactive contamination of the air, sea and food and resulted in the evacuation of 160,000 people in the area, north of Tokyo.

The peak release of radiation in the sea around Fukushima came about a month after the earthquake and tsunami. Ocean currents have since dispersed the plume and sent the diluted radiation in a slow drift towards the West Coast of the United States, studies have shown.