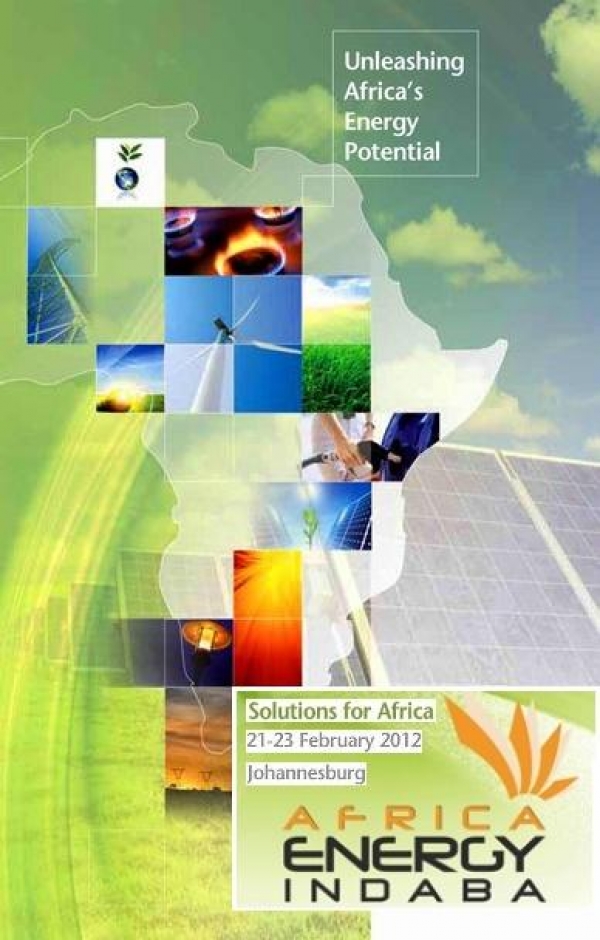 The German Ministry of Economics and Technology will provide a German pavilion to specifically promote the participation of German companies in the Africa Energy Indaba 2012.

The German pavilion will include a large official information stand — which is usually staffed by consultants contracted by the German government — as well as stands of participating German companies from which German renewable energy know-how and products will be marketed.

However, the German pavilion will not only focus on selling German services and products, but also on finding suitable South African and African partners.

The German government promotes the participation of German companies in select international trade fairs and exhibitions around the world by appointing a company to organise a pavilion which hosts participating German companies. Such German pavilions are organised at approximately 250 events per year.

According to Pieter Bouwer of the Afrika-Verein der deutschen Wirtschaft (German-African Business Association), ‘Africa Energy Indaba 2012 is one of these select events and the only African event to be included in the special programme for renewable energy.

South Africa has great potential regarding renewable energy, as well as substantial energy demand. Germany has substantial experience in this field and world-class know-how and products. Therefore, there should be enormous scope for closer cooperation between Germany and South Africa and the rest of Africa in this field,’ he says.

Brian Statham, Chairman of the AEI added, ‘The widespread use of renewable technologies is in its infancy in South Africa and this is the perfect time for South African and German interests to combine forces in this developing market.  Furthermore, renewable technologies lend themselves to off-grid applications which can make a significant contribution to relieving the energy poverty that is endemic in rural Africa.’

working around the clock

Germany is working around the clock to become the world’s first industrial power to use 100 percent renewable energy. In fact Germany could very well accomplish this goal by 2050.

The share of electricity produced from renewable energy in Germany has accelerated from 6.3 percent of the national total in 2000 to about 17 percent in 2010. In that year, investments in Germany’s renewable energies sector totalled 26 billion Euros.

According to official figures, about 370 000 people in Germany were employed in small and medium sized companies in the renewable sector in 2010. This is an increase of around 8 percent compared to 2009 where around 339, 500 jobs were created and filled. Close to two-thirds of these jobs can be attributed to the Renewable Energy Sources Act.

The German Renewable Energy Sources Act was designed to encourage cost reductions based on improved energy efficiency plans. The Act was enforced in 2000 and has seen a considerable boost in renewable energies in Germany.

In 2010, nearly 17% of Germany’s electricity supply was produced from renewable energy sources — more than the 2010 contribution of gas fired power plants.

On August 31, 2011 the German Federal Cabinet adopted the Adaptation Action plan to show their support to the German Strategy for Adaptation to Climate Change.

By 2030, as much as 50 percent of Germany’s electricity should be coming from renewable energy sources. That’s about the same time Germany and the entire European continent plan to have the interconnected smart grid in operation.

Germany has been at the forefront of renewable energy technologies for years now and is well positioned to become the first country to switch to green power completely.

For more information on German renewable energy technologies and know-how visit the German pavilion at the Africa Energy Indaba 2012.