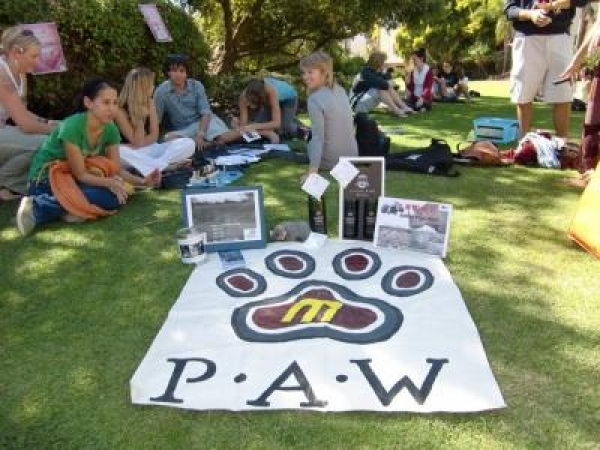 Maties PAW (Promoting Animal Welfare) hosted a nail painting event on Friday 8 April in Stellenbosch to raise awareness and get students to join hands in the fight against rhino poaching. More than 300 rhinos have been killed this year, which means one is poached every 21 hours!

Rhino horns are mistaken for being an aphrodisiac and some cultures believe it cures disease and fever.

According to World Wildlife Fund South Africa (WWF SA), there used to be hundreds of thousands of rhino throughout Africa. Today, Southern Africa is home to the majority of Africa’s surviving rhino. Approximately 4000 black rhino and 20 000 white rhino are all that prevent Africa’s rhinos from sliding over the brink, into extinction 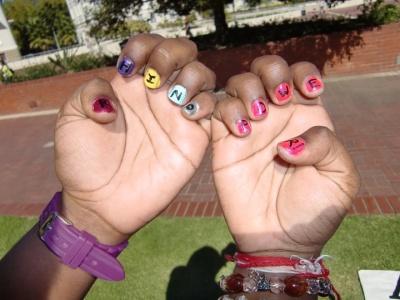 Supporters painted their nails as brightly and boldly as possible at the rhino support event. Many gathered around the Rooiplein at Stellenbosch University to attract people’s attention. They took pictures of their wacky nails and used them for their Facebook profile picture for the day (or week if they could handle it).

One killed every 21 hours

The aim was to highlight the ridiculousness of a tradition that involves the slaughter of majestic mega-herbivores for a horn that is nothing more than keratin…much like our fingernails. Very few South Africans know this. Bright, bold, eye-catching fingernails initiated conversations with friends, family, colleagues and even strangers. It accelerated the spread of the real facts on rhinos. They are poached at an alarming rate; one every 21 hours is incomprehensible. 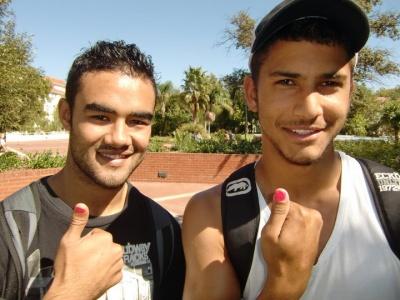 WWF South Africa is keen to publicise any events and activities that people are spearheading in order to spread the word and gain support for this crucial cause. Education is the key to the conservation of our wildlife and natural heritage.

Join Maties PAW on Facebook to stay informed of any of their upcoming events. Remember we are not too small to make a difference and taking action can be fun.