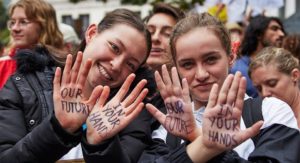 One year ago, Greta Thunberg began her “school strike for the climate’’. Her argument was that if the world’s adults weren’t willing to prepare the planet for her generation, they had no right to demand that her generation spend their youth preparing for the future.

Kids across the planet saw the logic. Since then the biggest days of youth-led action have seen 1.4 million students out of the classroom and on the streets. Now, after a year of striking, they’re trying something new — they’re asking adults to join them.

On 20 September, there will be the first all-ages global climate strike. People will walk out of their jobs at some point during the day — some will plant trees, others will join protests. 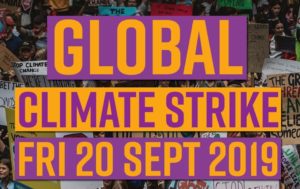 The targets will be as diverse as the geography: in different parts of the planet, people will be sitting down in front of pipelines; demanding that their institutions divest fossil fuel stocks; urging UN nations to increase their carbon-cutting commitments; calling for carbon taxes; insisting on a Green New Deal. Athletes have pledged to join in, as have chefs and actors and politicians. Unions and businesses are taking part. It’s likely that the Global Climate Strike will mark the largest day of climate protest in the planet’s history.

Will a single strike solve the climate crisis? Of course not. But the September strike will demonstrate two invaluable principles.

The first is that solving the climate crisis will involve disrupting business as usual. Even amid the greatest physical crisis human civilization has ever faced, we mostly get up each morning and do the same things we did the day before. There’s nothing to indicate we’re in an emergency, an emergency that grows deeper as each month passes. 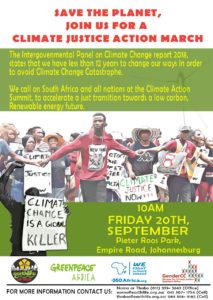 Adults like you and me should consider joining this walkout as a statement that they’re committed to disruptive, transformative change.

The second principle is that elders need to act like elders. On what kind of world do we expect 15-year-olds to tackle our biggest problems by themselves? The climate crisis represents an assault on justice (those who have done the least to cause it suffer the most) but also an assault on the future. A future that some have a larger share in simply because they’ll be alive longer. For the rest of us — those who will die before climate change reaches its burning zenith — the strike is a chance to show that our affection for our children and their children is sincere.

There’s no guarantee that we can still solve the climate problem. One can be excused for despairing, but not for walking away. Especially at the most desperate moments, human solidarity is required. If a kid says help, you help.

Will you join the Global Climate Strike this September? 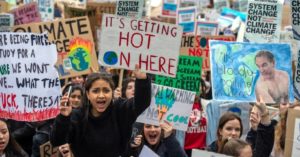