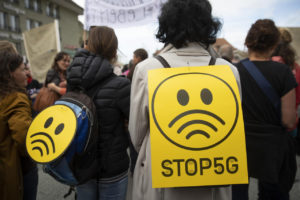 While the media’s attention with regard to environmental issues has been captured by climate change, fracking, and plastics in the ocean, the 5G Space Appeal has been has been quietly making its way around the world.

Signed by 4,800 scientists, 2,800 medical doctors, 770 beekeepers, 2,000 environmental organizations, and 180,000 others from 202 countries and territories, this Appeal calls on the world’s governments to stop the deployment of 5G.

On January 25, 2020, environmental groups are planning events in 31 capital cities so far, with more being added daily. Their goal is to stop the deployment of millions of 5G antennas on Earth and 50,000 5G satellites in space, and to secure emergency high-level meetings with officials in governments and international governmental organizations including the European Union, the United Nations, and the World Health Organization.

The issue is microwave radiation, which has been steadily intensifying for over two decades courtesy of the wireless revolution. 5G will bring a huge increase in radiation, virtually overnight, everywhere—in cities, suburbs, parks, nature preserves, wildlife refuges, oceans, Greenland, and Antarctica. Instead of cell towers every few miles, there will be cell towers—small but powerful—in front of every third to fifth home. 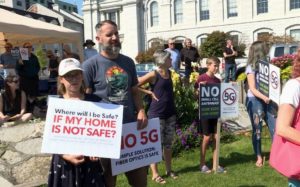 The organizers of the 5g protests include people who have already been so severely injured by wireless devices that they can no longer participate in society at all. They are fighting for their own lives, the lives of their children, and the lives of the insects, birds, animals, and all of us.

Protests will take place in many countries in the first Global Day of Protest against 5G. These events will keep coming until our voices are heard and the irradiation of the Earth is stopped. In the days leading up to the protests, the 5G Space Appeal, with over 3300 pages of signatures, will be delivered in person to many governments. 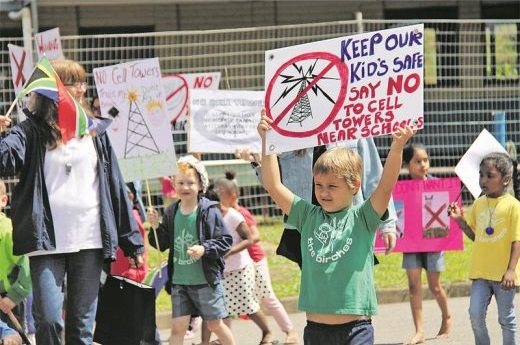 This threat to life on Earth is more immediate than climate change. If we want our children to have enough of a future even to fight climate change, our society must stop pretending that radio waves are harmless and that wireless technology is safe. It is not. It must end. If you want to be able to live a full and vibrant life again, without the aid of sleeping pills, anti-anxiety medications, or antidepressants; to eat whatever you want without the risk of diabetes or heart disease; to see the great nations of birds and bees recover their populations, you must throw away your cell phones.

You cannot hold a cell phone near your body, even for a few minutes, without damaging your nervous system and your cells. You cannot expect to use a cell phone in an emergency without the entire wireless infrastructure of the world being there, including all the towers and satellites. The demand for wireless communication and the revenue from wireless devices is tremendous; it is what is fueling and paying for 5G. If we do not stop 5G, we will shortly not have a planet to live on. 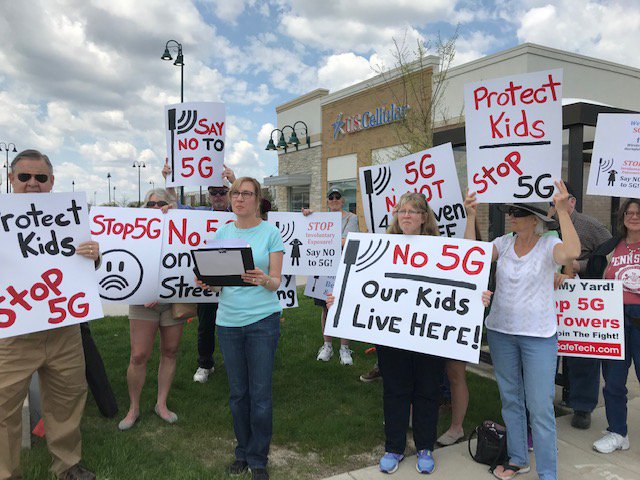 Public protests are planned already in: 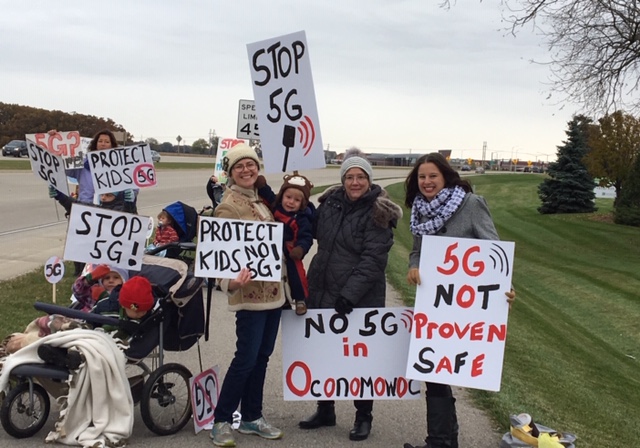 The list is growing daily. Find information about events in your country here, or contact team@stop5ginternational.org for updates.

Read more about companies planning to launch 5g satellites in the next ten years.