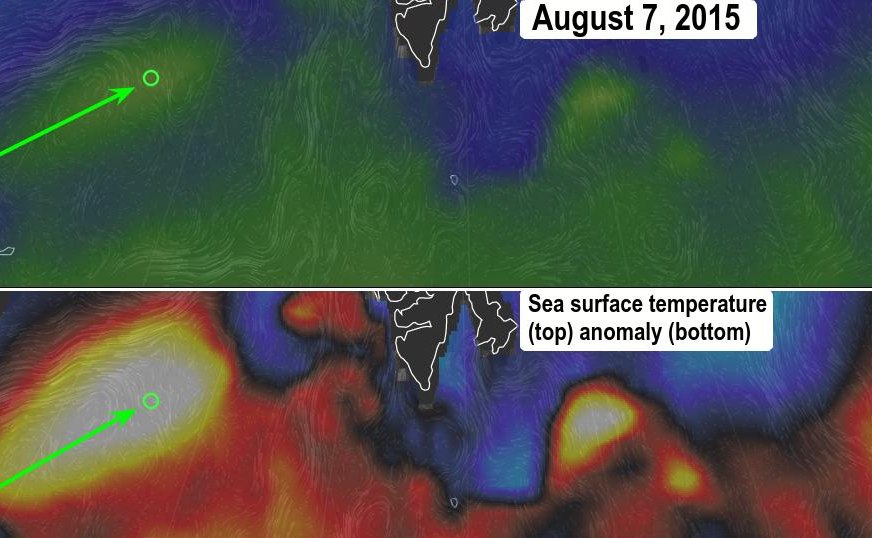 At no time in the past did humans exist under conditions that we are facing now, no matter how far back you go in history.

Global mean methane levels as high as 1840 parts per billion were recorded on August 4, 2015. This is the highest mean level since records began. This new record is likely to be superseded by even higher levels soon.

The carbon dioxide that is released now will only reach its peak impact a decade from now. Methane’s high immediate impact makes it more important than carbon dioxide emissions in driving the rate of global warming over the coming decade.

The danger is that further warming will cause collapse of the sea ice, which in turn will lead to even more rapid warming of the Arctic Ocean. The presence of more open water will also increase the opportunity for powerful storms to develop that can mix high sea surface temperatures all the way down to the seafloor, resulting in destabilization of sediments and triggering releases of methane that can be contained in such sediments in huge amounts.

Methane releases from the seafloor of the Arctic ocean threaten to cause rapid local warming that in turn will trigger further methane releases, in a vicious cycle of runway warming that could destroy habitat for humans within decades.

The situation is dire and calls for a comprehensive and effective action as discussed at the Climate Plan at the Arctic News Blog: 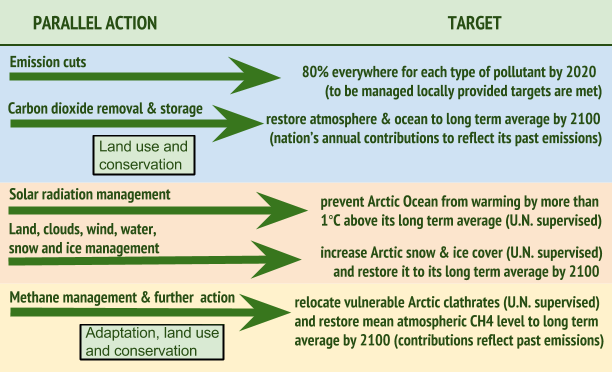 The Climate Plan describes the danger of runaway warming and constitutes a plan of action that is comprehensive and effective enough to stand a chance of reducing the threat of runaway warming, with obvious benefits for the environment and for species threatened with extinction.