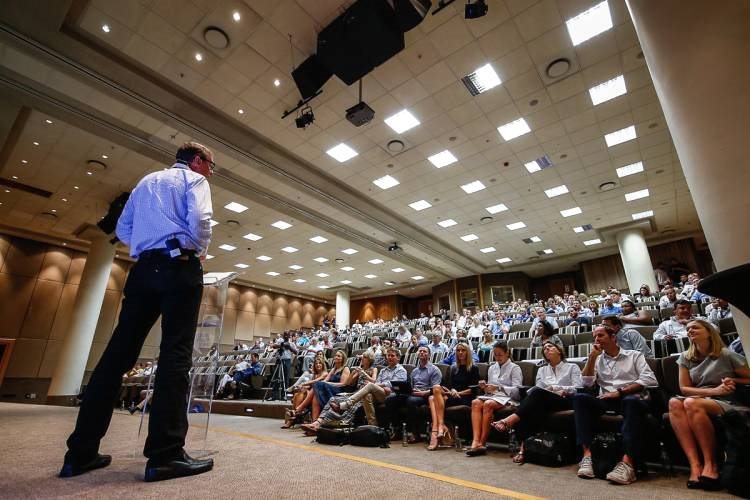 On 7 and 8 December 2018, several members of the Two Oceans Aquarium team were lucky enough to attend the Volvo Ocean Race (VOR) Ocean Summit: Cape Town at the Nedbank Atrium in the V&A Waterfront’s Clock Tower Precinct. The theme of this summit was plastic pollution in the ocean, and as you know by now this is a cause very close to our collective hearts.

The Ocean Summit in Cape Town is one of seven such events around the world organised by the Volvo Ocean Race in 2017 and 2018.

“Volvo Ocean Race’s global platform presents a unique opportunity – and a clear responsibility – to join the race against plastic pollution,” say the organisers. “Our seven Ocean Summits bring together sport, science, government, NGOs and the private sector. Designed to generate discussion and create local relevance, we’re sending out a call to action, asking for commitment by government and industry to ensure clean seas for the future.”

As always with gatherings like these, the days were full of inspiration and learning. 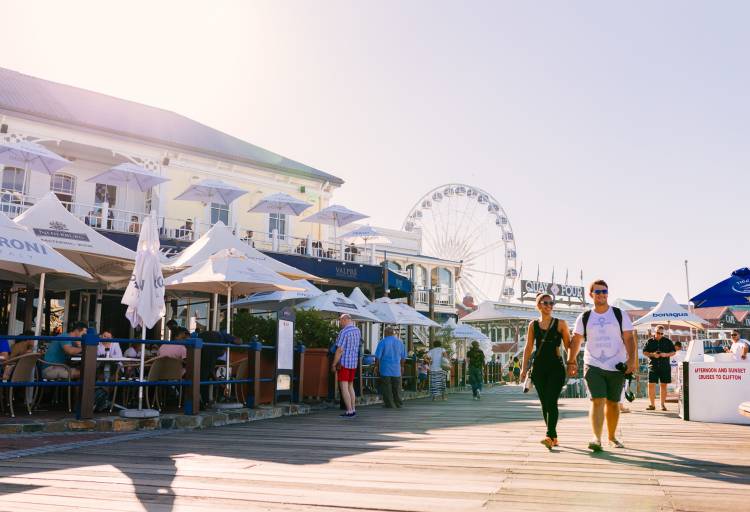 This was a brilliant way to kick off two days of collaborative thinking. We at the Two Oceans Aquarium applaud this brave, bold move by Africa’s premiere tourist destination – and we will offer all the support needed through our Rethink the Bag campaign, which is working towards a plastic shopping bag-free South Africa.

First the V&A Waterfront, then the world … 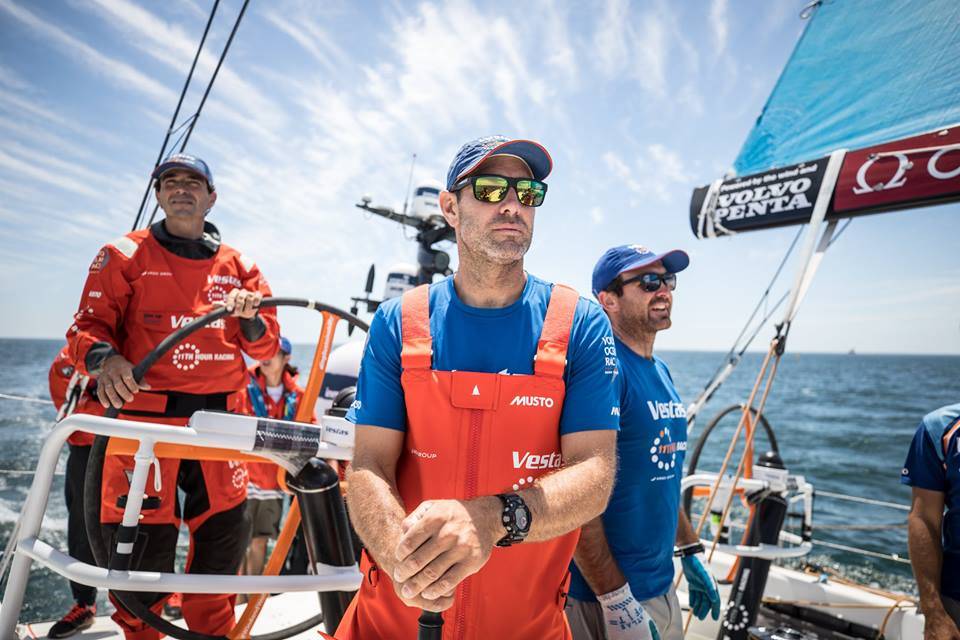 The Volvo Ocean Race is now also a scientific expedition

The data geeks out there will be happy to learn that the VOR has added a dedicated scientific programme to its race. The race team Turn the Tide on Plastic are collecting sub-surface data on microplastic pollution levels using a state-of-the-art instruments on board their racing yacht. The VOR’s scientific programme is built on “three key pillars”, say the organisers.

These include “meteorological data collection, scientific drifter buoy deployment, and on-board analysis of key metrics for ocean health including salinity, partial pressure of CO2, dissolved CO2 and Chlorophyll-a.” Once the numbers are crunched, this science programme will have helped to create a deeper understanding of the health of the oceans.

The programme’s initial results, collated from data collected during the Prologue stage and Leg 1 of the race between Lisbon and Alicante, “suggest that the levels of microplastic in the ocean are significantly higher than we first expected,” according to Dr Toste Tanhua, who is leading the VOR’s science programme. 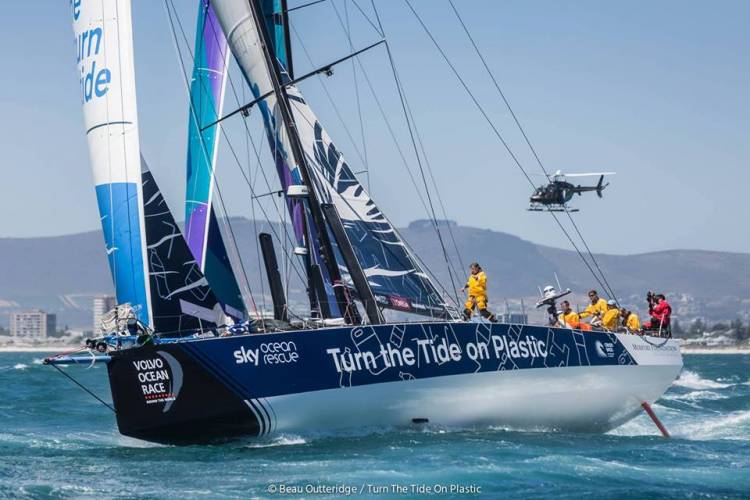 The inspiration to act can sometimes come from the most unlikely of places. VOR President Richard Brisius said that sport is uniquely positioned to draw attention and find solutions to the crisis of plastic pollution in the sea, as it brings people together around shared values. These values – trust, respect, friendship and love – will be key to developing meaningful action plans around ocean plastics.

VOR Sustainability Programme Leader Anne-Cécile Turner echoed these thoughts and pointed out that sailors taking part in the VOR are “first in line” when it comes to witnessing the deluge of plastic pollution out there.

“’There’s another race to be won for the sake of future generations.” – Anne-Cécile Turner

VOR delivery partner Worldsport’s Bruce Parker-Forsyth emphasised that an event like the VOR “unlocks socio-economic opportunities” well after the boats take leave the harbour. Boat-building and repairs, job creation, youth development, sport and tourism development, skills development, destination marketing and ocean sustainability all form part of the larger VOR strategy in Cape Town, and Worldsport are now able to apply this sustainability framework for other major events in Cape Town and South Africa.

Through various water-saving initiatives, Worldsport were able to reduce the VOR stopover water requirement from 991 149 litres to 102 000 litres. 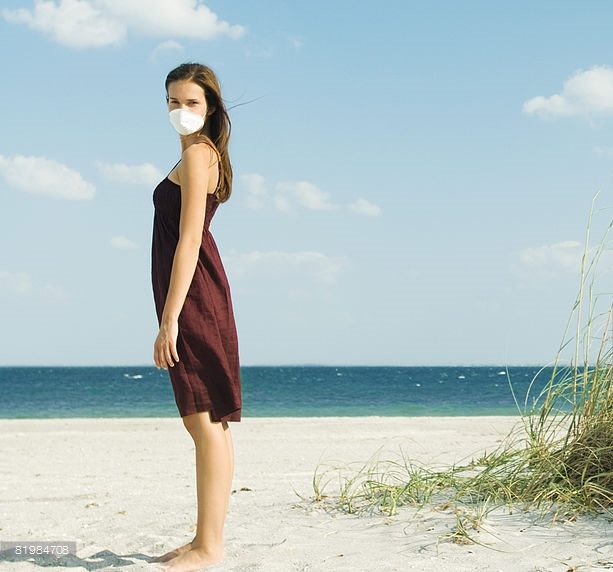 The body burden of plastics

Dr Ivone Mirpuri of the Mirpuri Foundation is a world expert in endocrinology – that is, the central role that hormones play in regulating the body’s systems. Ivone gave a frightening presentation about the suspected impacts of plasticisers in humans’ bloodstreams: rising infertility, early menses and menopause, obesity and sexual dysfunction are all indicative of the presence of endocrine disrupting chemicals. If there was still any question that plastic pollution is not only bad for the environment, but also for our health, we should now consider that answer finally answered.

“We are the most polluted generation in the history of the planet.” – Dr Ivone Mirpuri

As consumers, we are complicit – and powerful

A Plastic Planet’s Sian Sutherland and Frederikke Magnussen opened their powerful talk with the blunt admission: “We are plastic addicts.” If we understand addiction to be the compulsive use of a substance despite harmful consequences, then it is indeed true that all of us are addicted: addicted to convenience while the planet, and our bodies, carry the burden. Sian and Frederikke are making a serious wave in Europe with their campaign for a plastic-free aisle at regular grocery store – a wave we would love to ride! 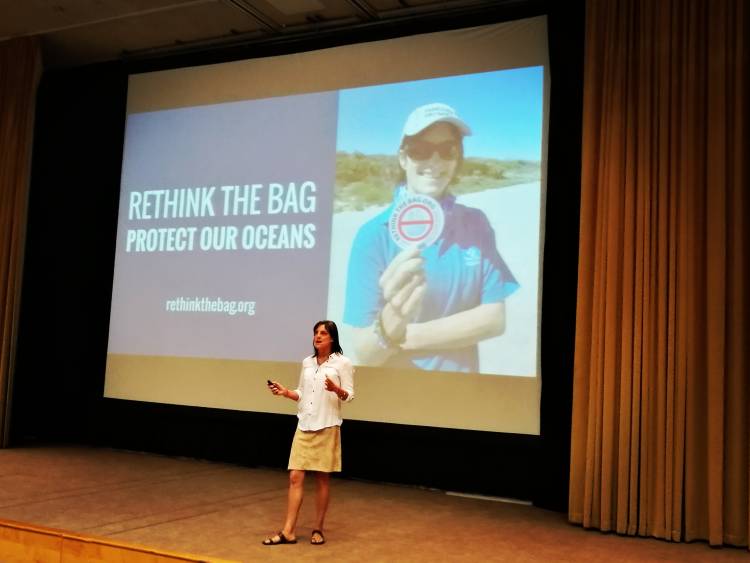 On that note, Two Oceans Aquarium Environmental Campaigner Hayley McLellan is challenging South Africans to quit their plastic bag addiction. Hayley’s goal with the Aquarium’s Rethink The Bag campaign is to see a plastic shopping bag-free South Africa come to fruition, and this work takes her to schools, grocery-store chains, government and beyond where she delivers powerful presentations on why “our over-use and immediate and hasty disposal of single-use plastic is a serious conversation we need to have.”

Make the Rethink the Bag pledge and quit your addiction to plastic bags today.

Innovative solutions for the plastic that’s already out there

Did you know that radio personality and VOR Ocean Summit MC Richard Hardiman is also an innovator trying to clean up the plastic that’s already found its way into waterways? The RanMarine WasteShark is a 1.9mX1.4m “aquadrone”, the design of which is based on the feeding style of whale sharks, that moves on the surface of the water taking out different kinds of waste and collecting environmental data at the same time. The WasteShark operates on solar power and batteries, meaning it produces zero carbon emissions. 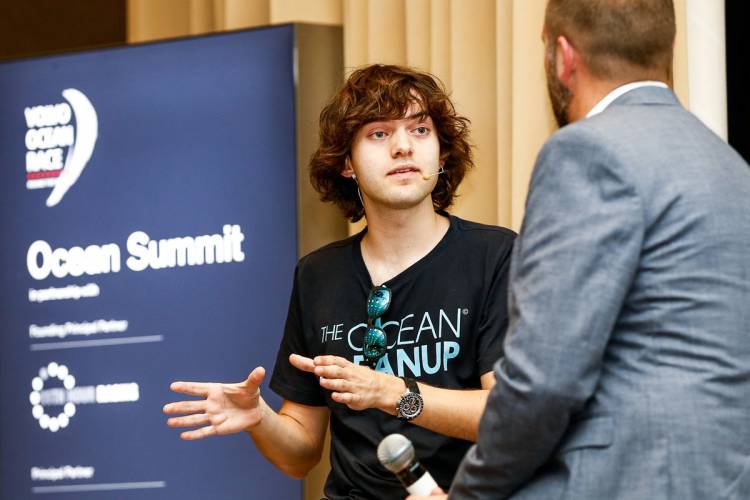 Boyan Slat was only 19 when he came up with the idea for the large ocean array. Now, five years later, they are almost ready to deploy the first system. Image: Volvo Ocean Race/Twitter

Operating on a much larger scale but with similar ideals in mind, Dutch inventor Boyan Slat was at the Ocean Summit in Cape Town to chat about the progress being made on the large ocean array. Boyan’s company, The Ocean Cleanup, has developed a passive system that uses the ocean currents as its driving force to catch and concentrate plastic.

By suspending a large sea anchor in a deep, slow-moving water layer, they can slow down the system enough so that the plastic moves faster than the cleanup system. This will cause the plastic to accumulate against the cleanup system. The large ocean array is just that – very large – and Boyan and his team believe that they can clean up 50% of the Great Pacific Garbage Patch in just five years. The first deployment of the system is set for early 2018!

Worried about bycatch? Boyan says that the Ocean Cleanup system is designed in such a way that sea life can easily move with the water current and safely slip beneath the 4m-deep screen of the large ocean array. 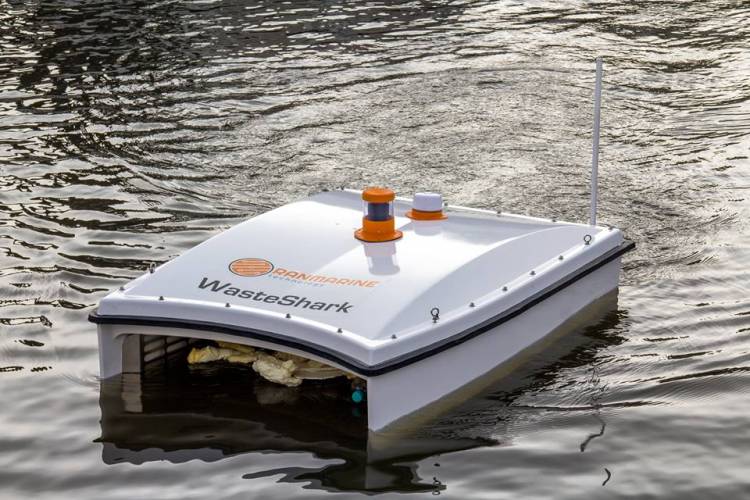 Richard Hardiman was inspired by the whale shark when he designed the WasteShark.

Waste not, want not

The question about what to do about non-recyclable plastic (which actually accounts for the bulk of single-use plastic) is a particularly daunting one. The answers are part of a move to move on from a single-use culture into one that sees value in everything – just as nature knows no waste. Chris Whyte, through his non-profit company USE-IT, has been giving waste a meaningful second life for several years now. Long-life bricks, tiles, flooring and more have been created from what other people see as trash.

At the Ocean Summit, Chris presented a captivating solution to the problem of plastic: Africa is energy poor, yet is one of the main “plastic leakage” hotspots globally – why aren’t we working harder at converting mixed (non-recyclable) plastic waste into fuel? This will produce a quick return on investment, create markets for plastics at source, and provide fuel at the source. Reduced energy costs can only be good for a continent hungry for energy and hungry for opportunities to innovate … 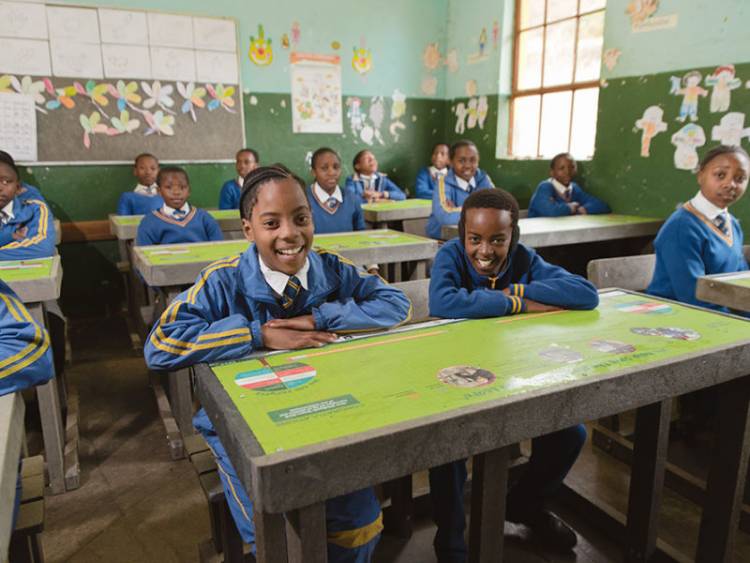 Similarly tackling the mixed-plastic problem, Wildlands Conservation Trust CEO Andrew Venter shared a fantastic success story around mixed plastics being applied to “pro-poor solutions that underwrite environmental resilience.” Through various partnerships and what Andrew calls a “growing army” of people wanting to do good, Wildlands have been able to build 6 000 Green Desks over the last year from upcycled mixed plastic.

No single solution to the crisis of ocean plastics

If an approach to stopping ocean pollution in its tracks is to be fully successful, inter-disciplinary collaboration, the art of deep listening, and tons of courage will all be required. This crisis – like all others on Earth – is not only ecological; it is also social and cultural. As such, there is no one-size-fits-all solution – legislation, commitment from business, scientific and entrepreneurial innovation, cleanups, recycling, upcycling, and all-out bans will all reinforce the greater goal of healthy and happy people, and a healthy and happy planet.

It’s the mix of passion and pragmatism as witnessed at the Ocean Summit that gives us hope that a sea change – for better people and a better planet – is surely coming.