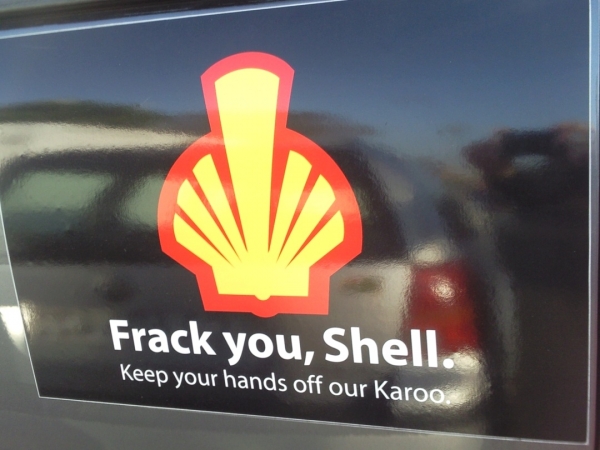 “While our government is scrambling to produce a secret document on which this country may make a potentially irreversible decision on shale gas mining ‘fracking’, international sentiment is increasing against the technology. Fracking is banned, or under some form of moratorium or restriction in more than 140 places around the world.”

These were the words of TKAG (Treasure Karoo Action Group) chair, Jonathan Deal who was reacting to a report published May 8 in Moneyweb. According to Moneyweb, the Minister has stated that she intends to submit the report on shale gas mining to Cabinet in July.

“It appears to TKAG, that the Minister has misunderstood the instructions of Cabinet in August 2011, when Cabinet in an unequivocal statement instructed the Minister to lead a multi disciplinary team including the Departments of Trade and Industry, Science and Technology, amongst others, to fully research the full implications of the proposed fracking.”

The original team chosen by the Minister does not give effect to the expectation of a ‘multi-disciplinary team’ as it excluded Ministries whose input is critical to a thorough investigation into the costs and benefits of shale gas mining. Departments such as Health, Transport, Agriculture, Tourism, Rural Development, and initially, even Environmental Affairs were excluded. We also have grave reservations about the time period in which Minister Shabangu purports to have completed the investigation, the scientific expertise of the team, the amount of research conducted and the areas of research and scientific data applied,” said Deal.

“America, is taking four years to complete a similar investigation, the second time around. We are puzzled as to how SA can accomplish this in much less than a year, sans essential input from directly affected departments, and from the other side of the Atlantic. The manner in which this process is being managed and the fact that TKAG had to sue the Minister for information to which any citizen was entitled, is causing our apprehension of the Shell – ANC link to increase.”

During 2012 Shell released various reports to the public which made claims regarding alleged public opinion, and of claimed vast benefits to SA from shale gas mining. Commenting on the reports, Deal said “The Minister must surely be aware that her department must issue or decline exploration licenses on the facts contained within the written applications of Shell, Bundu and Falcon – these reports are not only biased and inaccurate, they are premature and should be ignored.

TKAG has repeatedly requested a thorough cost-benefit analysis of shale gas mining for SA. This process cannot ignore knock-on costs to roads, health, tourism and other revenue centres as well as the sustainable value of our agricultural sector and the rand value and scarcity of drinking water. We deplore the lack of transparency and the narrow focus of Minister Shabangu in managing a process of such import to present and future South Africans.”