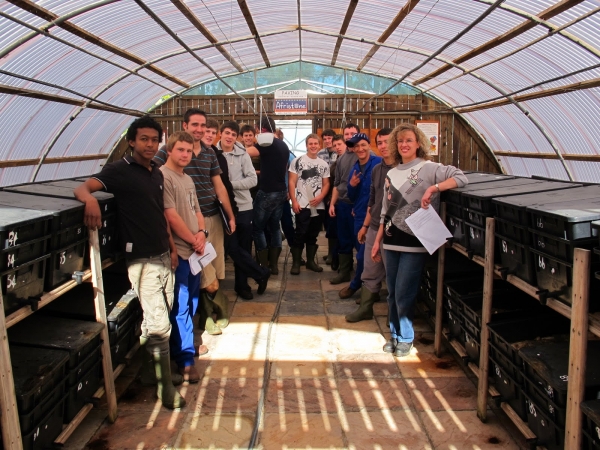 A supermarket started an earthworm farm at their packing stores in Kraaifontein to dispose of their organic waste in a responsible way. The vermicast (also called worm castings, worm humus, worm manure or worm faeces) was used in their office gardens. But when they wanted to expand their buildings, something had to make way and the worms were chosen. They decided to stick to their principal of ‘dispose of in a responsible way’ and contacted a few educational institutions.

Luckily, the Elsenburg Agricultural College was first on the list, and so Ernst Möller, lecturer at the college, became the adopted father of around 113 000 Eisenia fetida red wigglers overnight. The entire infrastructure from the worm bins to the stands and the glass house were kindly donated by Shoprite-Checkers – and a crash-course for Ernst in baby-sitting worms.

A worm bin consists of three trays. The top two trays are where the worms live, eat and multiply. The bottom tray is where the liquid waste products of the worms, called vermicast, are collected. The top two trays are switched around from time to time. The worm farm at Elsenburg consists of 113 units, each containing around 1000 worms. The worms need only basic care and food and in return they will convert almost any organic waste into much sought-after worm compost and vermicast. 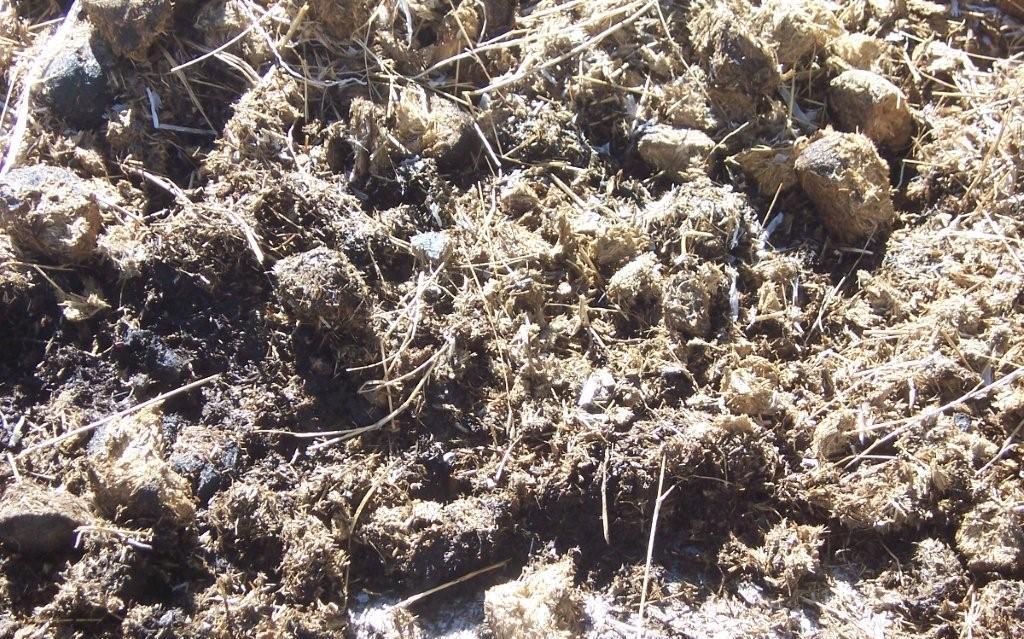 The worms at Elsenburg are fed mainly on the manure from the Percheron horse herd, since the manure heaps were a constant problem and a source of flies on the farm. Fresh or older manure can be used, but since de-wormer in the horse manure will kill the earthworms, Ernst opted for using slightly older manure in which any residues of medicine were already detoxed. Waste paper on top of the compost is used to help keep the contents of the bins at an optimum temperature and moisture level. The worms now munch happily through empty egg trays and old exam papers. Ernst assured me they are the most learned worms on the planet!

With the help of the first year B. Agric students and their Soil Science lecturer, Ilse Mathys, a small trial was conducted. The students had to care for the worms and conduct their research on the production potential of the worm products for a 10 week period. The growth of garden peas was monitored during this trial. The treatments were soil, soil and worm compost, worm compost or soil and vermicast.

The results of this trial will be analysed and reported on, but Ilse let slip that she considered the compost “amazing”, especially the effect of it on the soil structure and the water holding capacity.

Ideal for those without space for a compost heap

Since I thought these worms are not indigenous, I was wondering whether there is any danger of them getting into our environment and threatening our nice fat indigenous chaps. Ernst assured me that our indigenous Lumbricus terrestris lives in soil, while the red wigglers are adapted to high organic content which will be found in leaf litter. I asked another worm farmer, Werner Vivier the same question. “Not indigenous? Who knows – I can go and show you where they live freely in Durbanville. As long as there is enough plant detritus and it is moist and not too hot, they will survive and do their thing”.   For posing a possible threat, his reaction was: “We can do with another few tonnes of top-soil. What is the threat in that? And who knows – they may become a delicatessen!”

Could this be the golden bullet of organic fertilisers? Not quite, but it could benefit any farmer or gardener in the most cost-effective way. It is even suited for the urbanites, since Ernst assured me – and I saw this for myself – that a well-kept worm bin attracts no flies and emits no bad odours. If global worming were promoted, it could just have a positive effect on global warming.

My suggestion of sharing his worms with our researcher in aquaculture was met with a frown. “No, my worms are definitely Not fish food. I know them each by name!” Yeah, right, Ernst, I believe you…