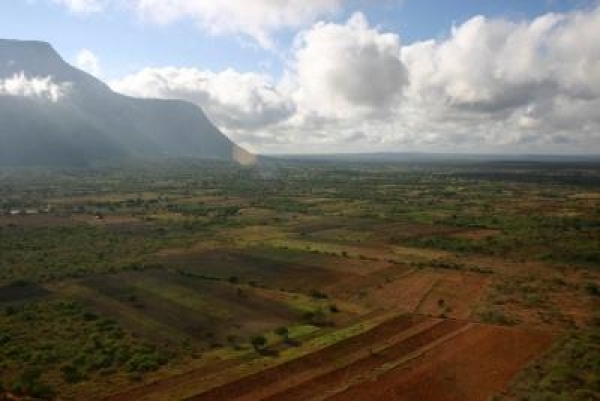 Nedbank, the only bank in South Africa to go carbon neutral, has offset its carbon emissions with a multi-million rand forest conservation and community upliftment deal in the Kasigau Wildlife Corridor in Kenya.

Known as the Rukinga Deal, because the Rukinga Wildlife Sanctuary is situated in the corridor, it is the first project in Africa to receive gold-level validation under the Climate, Community and Biodiversity Alliance’s REDD Standard.

The alliance sets the most rigorous global standard for ensuring that communities and biodiversity benefit from climate change projects. The REDD standard refers to carbon emission reduction through forest conservation projects. The Rukinga Wildlife Sanctuary is an extensive dry forest terrain. More than 2.5-million tons of carbon is stored by avoiding deforestation in this area spanning some 75 000 acres.

‘We have signed a R20-million carbon purchase agreement with Wildlife Works, the Kenyan-based NGO that has been managing projects in the Kasigau Corridor for the past twelve years.

‘We have secured the rights to buy the carbon from these projects at a market related price over the next couple of years,â€ says Kevin Whitfield, head of carbon at Nedbank Capital who visited the corridor and Rukinga to confirm the project’s credentials ahead of the deal.

‘This agreement serves as a model for South Africa to tap into the global green economy, while simultaneously conserving our continent’s rich natural heritage and safeguarding livelihoods.’

Indigenous forests of Africa are under constant threat as a result of human activities and climate change.

‘Many of these types of forests cannot be found anywhere else in the world,’ says WWF-South Africa’s Saliem Fakir.

‘Saving them should be an utmost priority. Rukinga and the associated Kasigau Wildlife Corridor project are world-class examples of projects that are making a tangible difference to both communities and the environment. It is innovative finance solutions like carbon financing that makes them possible. Both Nedbank and Wildlife Works are to be commended for their role in bringing this deal to fruition.’

‘Our team from Nedbank Capital flew to Nairobi, then to Mombasa, and then we drove southeast for about 3 hours to Rukinga in the Kasigau corridor which is situated between Tsavo East and Tsavo West national game reserves.’

‘Within the corridor there is a lot of migrating wildlife, which led to human-wildlife conflict for space as there are no fences and elephants would eat the communities’ crops. Twelve years ago when Wildlife Works got involved in the corridor, the local people had destroyed vast tracts of wilderness and wildlife in the Rukinga region in order to survive.’

No quick fix to turn around, Wildlife Works in collaboration with the corridor communities, set about establishing chili, soap and clothing factories to create employment for the residents. They also educated the farmers in organic farming methods which require far less land, replanted the trees and encouraged a culture of wildlife conservation. So the people came to understand that elephants attract tourism to the Rukinga Wildlife Sanctuary, which brings income to their area.

‘We explored the rehabilitated forest area and met with several communities and the Wildlife Works team before deciding on the Rukinga Deal,’ Whitfield continues. ‘We are also looking at offset projects in Malawi, Namibia and South Africa – a fuel switch energy project: from coal to a blend of coal and biomass fuel and a solar cooker project.

‘To date, Africa has a limited number of carbon offset opportunities relative the rest of the world, which has surged ahead. It is a huge potential growth opportunity for the continent, but it is a lengthy process. It takes an average of 19 months to register carbon projects. Carbon offsetting should be regarded as the final step businesses take after reducing their own footprint as far as possible.’

After significantly reducing its total carbon footprint for 2009, Nedbank needed to offset 214 000 tons of CO2 to achieve its carbon neutral status, as declared in its Sustainability Report, released at the end of March 2010.

Calculated on a one-to-one ration, the 2.5-million ton Rukinga deal is far in excess of the carbon offset credits required by Nedbank.

‘We are first offering our clients the opportunity to invest in these carbon offset credits as part of our ‘clients first’ principle, and we will be selling a percentage into the market. We feel comfortable selling these credits because they are derived from a robust credible source,’ says Whitfield.

‘Now that carbon reduction is imperative for the industrialised countries, a spate of offset opportunities are being offered, but some come with little or no environmental or social contribution.’

Prices in the carbon space range from less than a Euro up to 20 Euros, depending on the type and nature of the credit, as well as the trading price on the day. 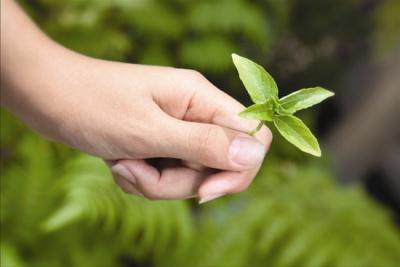 ‘Wildlife Works has been a leader in using the power of the carbon marketplace to conserve biodiversity and protect forest habitat. We see the emerging Voluntary Carbon Marketplace as a logical and exciting extension of our twelve-year history,’ comments Mike Korchinsky, Founder and President of Wildlife Works.

‘The Rukinga Deal is exciting because it effectively proves Africa can fight climate change while uplifting rural communities and protecting wildlife through accessing carbon markets,’ adds Whitfield. ‘South Africa and other nations can be expected to quickly seize on the opportunities demonstrated by the Kenyan venture.’

Towards achieving its carbon neutral status, Nedbank set strict targets to assist in driving its carbon reduction initiatives and offset the remainder of its emissions by investing in carbon and Green Trust social upliftment projects.

Nedbank’s carbon footprint is calculated on an annual basis according to the Greenhouse Gas Protocol – the international standard set by World Business Council for Sustainable Development (WBCSD). Carbon footprint reporting is still voluntary in South Africa.