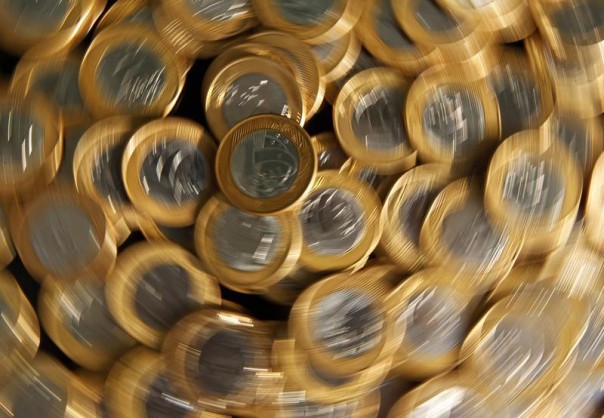 The board of the fledgling U.N. Green Climate Fund, which is likely to handle billions of dollars in climate finance in the coming years, has decided to aim for an equal “50:50” balance between funding for climate change mitigation and adaptation “over time”.

It will also aim to allocate no less than half the money it earmarks for adaptation for countries that are most vulnerable to the impacts of climate change, including least developed countries, small island developing states and African nations, it said after a meeting in Bali, Indonesia, that ended on Friday.

“Decisions taken this week ensure that the Fund can help developing countries to cope with the devastating impacts of climate change and become more climate-resilient,” the board’s co-chair Jose Maria Sarte Salceda of the Philippines said in a statement.

“We need to put in place the essential requirements so that the developing world can access climate finance for scalable projects and investments, with a projected floor of 50 percent of initial adaptation allocations being reserved for the most vulnerable countries,” added Salceda, parts of whose own country were devastated by Typhoon Haiyan last November.

The board of the Green Climate Fund (GCF) said it had decided to manage access to resources “with a view to seeking geographical balance and a reasonable and fair allocation across a broad range of countries”, while “maximising the scale and transformational impact” of its mitigation and adaptation activities.

Climate and development experts gave a cautious welcome to the decisions on the funding split. This became a major issue after only about a fifth of the more than $30 billion “fast start” climate aid provided between 2010 and 2012 was spent on adaptation activities to help protect people from extreme weather, longer-term climate shifts and sea-level rise.

“This is a step in the right direction – it’s the first time we’ve seen an explicit reference to 50:50 in the texts of the UNFCCC (United Nations Framework Convention on Climate Change),” Brandon Wu, a senior policy analyst with ActionAid USA, told Thomson Reuters Foundation from Bali. But the language is “rather weak” and leaves “plenty of wriggle room” on the timing, added Wu, a designated civil society observer at the GCF board meetings.

The board also said it will “maximise engagement with the private sector, including through a significant allocation to the Private Sector Facility, in order to provide incentives that encourage a paradigm shift to low-carbon development”. It did not say how large the allocation would be.

Aid and green groups have urged the GCF – with little success – to avoid giving the private sector too prominent a role, arguing that business is not interested in funding adaptation for the poorest and its involvement could lead to lack of transparency and a preference for credit rather than grants.

Some developing states are concerned that the enthusiasm of wealthy nations like the United States and Britain for bringing the private sector on board could enable them to dodge their obligations to provide climate finance from the public purse.

ActionAid’s Wu said civil society groups are not necessarily opposed to the private sector working with the GCF, depending on how it is done. For example, if the main aim is to help small and medium-sized businesses in developing countries back a transformation to a low-carbon, climate-resilient economy, many NGOs would be supportive, he added.

Other decisions taken by the GCF in Bali were to define a gender action plan in October, with the aim of being “a leader on gender mainstreaming”. The board also is requiring the secretariat to develop a work programme that will assist countries in preparing to receive GCF funding, it said.

In addition, a decision was taken on setting up an independent ethics and integrity unit, including a redress mechanism for grievances to be dealt with.

The GCF is expected to channel a considerable proportion of the $100 billion in annual climate finance rich countries have promised to mobilise by 2020 to tackle climate change.

But it is not expected to garner large pledges of money from donor countries until it has settled on eight “essential requirements” for its initial resource mobilisation, which is unlikely to begin until September this year. Six of those have yet to be agreed.

Civil society observers at the meeting in Bali bemoaned the slow progress on these important operational decisions, most of which must now be addressed at the next board meeting from May 18-21 in South Korea, where the fund is headquartered.

Decisions have yet to be made on key issues such as how countries will access the fund, its social and environmental safeguards, how the private sector facility will engage with businesses in recipient countries, terms and conditions for grants and concessional loans, and how the fund will measure results.

“In May, the Board aims to take key decisions on the remaining essential requirements that will allow the Fund to receive, manage, programme and disburse funds,” the GCF statement said.

But Wu and other observers say it now faces a hard task to get those decisions made in time to start asking for large-scale pledges by September, although there is considerable pressure for governments to come up with these at the U.N. Secretary-General’s international climate summit on Sept. 23.

At the Bali meeting, Indonesia promised support of a quarter of a million dollars for the GCF. But a call from Indonesia’s vice finance minister, Bambang Brodjonegoro, for other “more capable countries” to make additional pledges in Bali was heeded only by Italy, which said it would donate half a million euros.

As of the end of 2013, the fund had received just under $34 million, some of which will be used to help countries prepare to receive funding once bigger amounts roll in.

Wu said the key for development groups now is to know the details of how the GCF will operate, compared with other international climate financing mechanisms.

“We have been pushing developed countries to put more money into climate finance, and for much of that to go through the GCF, but right now we’re not sure if the GCF is better than what’s already out there,” he said.