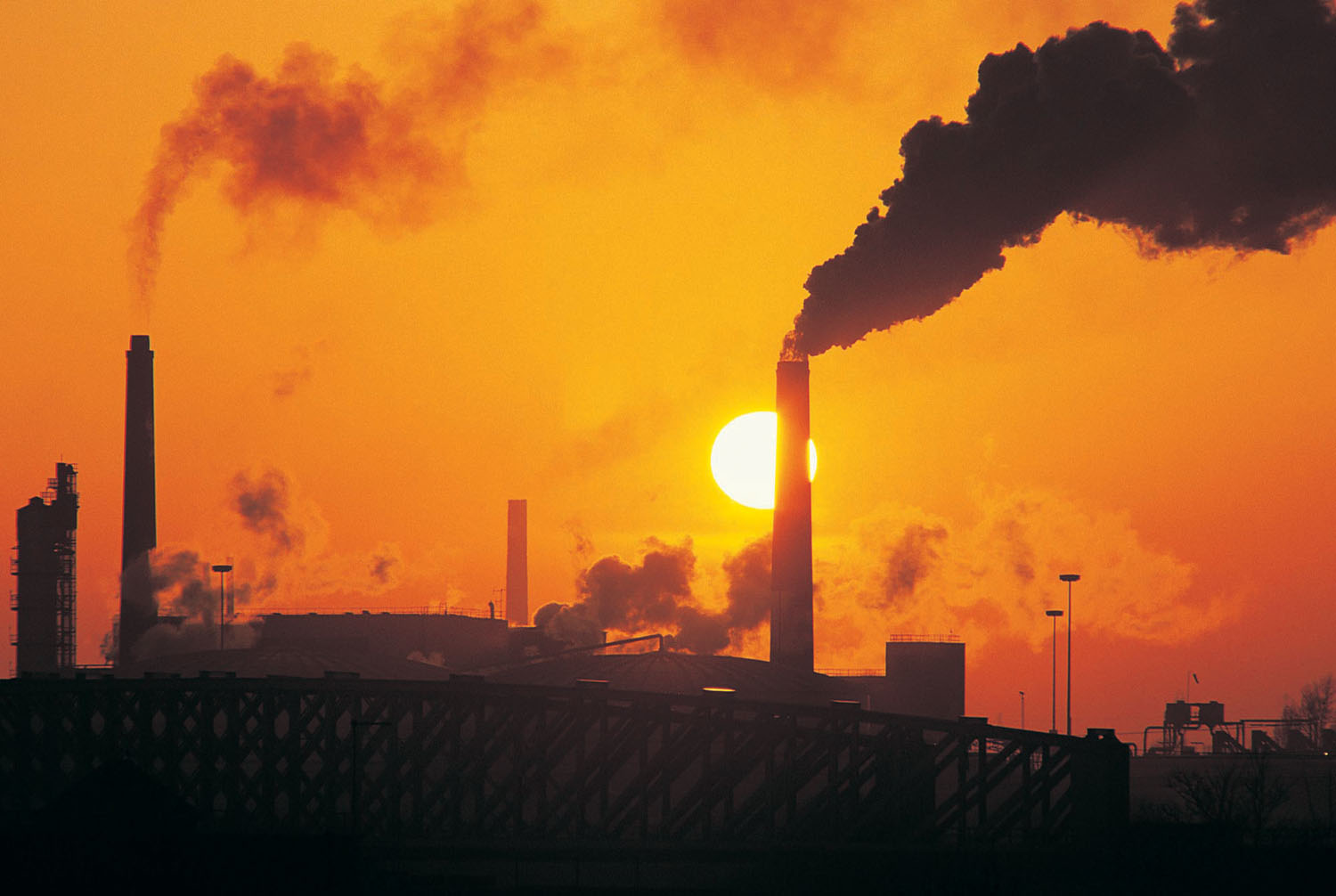 The Department of Environmental Affairs has released the much anticipated and long delayed National Climate Change Response Green Paper. In a brief summary, those points pertinent to you and your business are listed below:

Government acknowledges that the implementation of an effective and binding global climate agreement on greenhouse gas (GHG) emissions is essential in order to stabilise and then decrease GHG emissions in the atmosphere (to at least 2 degrees Celsius above pre-industrial levels). The South African government while considering its developing country status, also acknowledge responsibility as the 14th biggest emitter of greenhouse gases in the world. It is with this in mind that President Jacob Zuma announced South Africa’s climate targets at the Copenhagen conference in December 2009.

South Africa has committed to a reduction in greenhouse gases of 34% by 2020 and 42% by 2025 below business as usual, on condition that it receives the necessary finance, technology and support from the international community that will allow it to achieve these goals. It is this target that has greatly informed the National Climate Change Response Green Paper (2010).

The South African government has a vision for this country as a low carbon and green jobs based economy and society. This piece of soon to be passed climate legislation is the biggest catalyst so far in putting us on that roadmap. The government also believes that if climate change remains un-mitigated, it has the potential to undo the advances made in meeting South Africa’s development goals and the Millennium Development Goals.

The government states clearly in the Green Paper that it acknowledges a binding and fair global agreement on greenhouse gas emissions is needed in the short term (COP17 to be held in Durban at the end of 2011 is being widely touted as the next “Kyoto” moment). The Green Paper also clearly states South Africa’s responsibility to reduce its GHG emissions, and states we will have to “adapt to the unavoidable impacts of climate change through the management of risk and the reduction of vulnerability.”

Finally, the government acknowledges that there will be costs associated with efforts to decrease GHG emissions but that there will also be significant short and long term social and economic benefits. Government wants action now and it believes the cost of action will be far less than the cost of inaction or delay – this speaks to the work of British economist Nicolas Stern and his seminal study “The Stern Review on the Economics of Climate Change”. 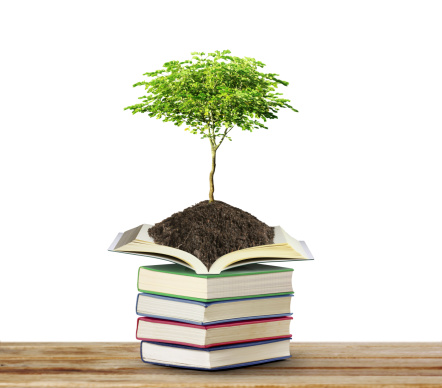 There are a number of strategies to be implemented in order to achieve the climate change response objective. One key strategy is the prioritisation of mitigation interventions that contribute to South Africa’s planned emissions trajectory (peak in 2020 to 2025 at 34% and 42% below business as usual baselines, and plateau to 2035 where emissions should start declining in absolute terms), particularly interventions in the energy, transport and industrial sectors.

Energy efficiency interventions to be prioritised

In particular, interventions that stimulate new industrial activities and those that improve the efficiency and competitive advantage of existing ones will be prioritised. The White Paper shall provide a clear understanding and prioritisation of these.

Another key strategy is the mainstreaming of climate change response into all national, provincial and local planning regimes. Furthermore, the use of incentives and disincentives (read carbon tax), “including through regulation and the use of economic and fiscal measures to promote behaviour change that would support the transition to a low carbon society and economy”.

The Green Paper goes on to say that the trade in high carbon goods may be prone to trade measures as developed countries respond to climate change and may be reluctant to trade in such goods. There is therefore recognition that such sectors will be given the time and support to move to a lower carbon form of production.

Within the energy mitigation sector the Green Paper states government will make use of market-based policy measures such as an escalating carbon tax to price carbon and internalise the costs of climate change.

It is hoped that a carbon tax will diversify the energy mix, and increase energy efficiency measures and new investment in cleaner technologies and industries. Energy efficiency and electricity demand-side management initiatives are also set to be scaled up through the setting of ambitious and mandatory targets.

Looking at the commerce and manufacturing sectors, by 2012 a climate change action plan shall be compiled and published that details various short, medium and long term actions which will all be measurable, reportable and verifiable.

The transportation sector, being a huge user of energy, is expected to be a key focus area of government’s climate change mitigation efforts. This will include transport policies and developments that will result in a shift from passenger to public transport, transferring freight to rail transportation over time, and the integration of land use and transportation planning to make the shift from private to public transport. Improvement in fuel and vehicle efficiencies is to receive more attention as well as investment in cleaner technologies such as electric and hybrid vehicles.

Large emitters to be penalised

One of the critical pieces to come out of this Green Paper is that there will definitely be a forthcoming carbon tax with the government clearly stating it is still on the agenda. It is important to remember that no specifics about what kind of tax (carbon tax or cap and trade), and how it will work are mentioned in the Green Paper. The specific carbon tax legislation is expected to be released by the Department of Finance towards the end of 2011 or early 2012. But there is no doubt that large emitters are going to be liable for some kind of tax on the carbon they emit.

What is of concern regarding a future carbon tax is how the increased revenue from the tax will be utilised by government. We have seen from the carbon tax levied on all new vehicles which was introduced in September 2010, that the new revenue stream has simply been swallowed up by the government budget. It is important that a carbon tax does not act as another revenue stream for government, but that the proceeds from this tax are accounted for in a new fund set up to accelerate green investments in South Africa.

Property and construction firms will be required to install energy-management systems in large-scale office buildings. This is to be legislated at some stage. Also to extend research and development of new construction materials, housing design and energy efficient buildings.

Good news for those that hope to develop or investigate the feasibility of a potential carbon project or renewable energy installation is that the financial, regulatory and institutional barriers that may delay the implementation of renewable energy feed-in tariffs will be investigated. New innovative forms of financing such operations will also be established.

The closest the document comes to dealing with the questions on future GHG emissions reduction obligations is under the monitoring, verifying and reporting of overall emissions. It states that South Africa will require the mandatory submission of GHG emission data to the National Atmospheric Emission Inventory by all significant emitters by 2013. These “significant emitters” will also have to publish a yearly report comparing actual GHG emission data against the emission trajectory.

Climate actions to be registered

They will also be required to keep a register of ‘climate actions’ that result in the mitigation of GHGs and use this as a measure against national emission reduction targets. This is what medium to large companies in South Africa should especially take note of as the definition of a significant emitter hasn’t been made clear in the Green Paper.

The race to a low carbon future is in full swing across the globe. The EU and China in particular are showing the world that investment in green technologies and green jobs backed by a clear and strong regulatory regime is an opportunity for growth and not a constraint, as many countries seem to think.

Highest CO2 per unit of GDP in the world

South Africa, as the country with the highest CO2 per unit of GDP in the world, understands not only what is at stake but most importantly the opportunities involved in participating in the green revolution. The National Climate Change Response Green Paper sets the tone for this.

A public discussion and consultation phase is now in progress. All comments should reach the Department of Environmental Affairs by 11 February 2011. This public input shall be taken into account and the Green Paper revised and amended into a White Paper.

The White Paper will then be submitted to parliament around the middle of 2011 for promulgation, after which it is expected to become law towards the middle to end of 2011. This would then inform the country’s climate change policy, and government has indicated that it would have a legislative, regulatory and fiscal package dealing with climate change by 2012.