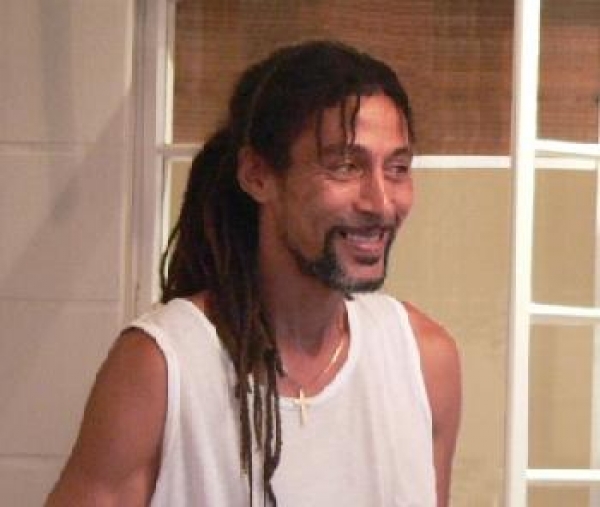 Leo Adeline grew up farming on the island of Praslin in Seychelles. He was formally educated in Education and taught for many years. He also managed the landscaping project for the beautification of the island â€“ see photographs alongside this story. This greenman’s heart always belonged to the earth and eventually he focused solely on his organic farm. Leo built a wooden house for his South African wife Jolan, artist from Durban. She integrated passionately into the project, and was blessed with his son David.

Leo used ‘traditional farming’ – the old ways passed down mixed with his own innovative organic techniques to cultivate mainly tropical fruit trees – different kinds of mangoes, bananas, papaya, guavas, citruses, avocados, pineapples, golden apples, star fruit, pomegranate, bread fruit, dates, other tropical varieties such as ‘germalak’, ‘chiku’, ‘bull heart’, ‘sour sop’, and rare fruits such as ‘zapot’. These long term crops provided far into the future for this family and for the island. As the only serious organic fruit grower there, his fruits and propagations proved very successful and valuable during times when food was scarce and an awareness grew of the value of real food.

Leo always layered these long term crops with medium and short term crops. He grew root crops like cassava, sweet potato and coco jams; vegetables such as tomatoes, chillies, peppers, pumpkins, aubergine, lettuce and cucumbers; herbs and spices; and a variety of medicinal plants. His knowledge of the use of their local medicinal plants was invaluable to his family’s health. The size, texture, sweetness and magnificent yield of his crops gave rise to much speculation on the island. They were the only ones farming without chemicals – and had more success. Leo always had a market for his produce, although the Seychelles had no official recognition of organic produce or the production thereof.

To provide water and irrigation Leo diverted a mountain river by digging large drains which crossed over the plot, and connected a pipe system to carry water to their home and directly to the crops.

Alongside farming Leo practiced landscaping on the island, a continuation of his original project for the Beautification of the Island for the Praslin Development Fund. This project very successfully face-lifted the island. His controversial insistence on incorporating endemic species paid off in the long run. He created a nursery on the farm and specialised in palm trees, rare flowering plants and fruit tree propagations. His landscapes were particularly popular amongst foreigners who appreciated his plant handling and knowledge, and his focus on planting for permanence rather than creating a temporary display.

Peace Farm was a tropical garden fused with a farm. Fruit trees and vegetables interact harmoniously with tropical plants and flowers. Rare tropical birds such as the Magpie Robin, the Black Parrot, and water loving species cohabited with them. In their drains lived terrapins, fish and eels. A swarm of wild bees arrived, was housed and produced honey. This was the only organic project on the island, a peaceful haven surrounded by a contrasting world of poison spraying farmers.

poisoned on their own land

Sadly, the couple had to put up with two years of almost daily harassment by their neighbours and other islanders, due to the mixed nature of their marriage and their organic farming success. The island’s farmers resorted to unregulated use of chemical sprays and fertilizers, mixed into dangerous cocktails and sprayed indiscriminately. Neighbours even purposely sprayed poison into their little farm in an effort to chase them away. Any means of intimidation and violence was used against them. Jolan feared for her and her baby’s lives. Often little David was ill from the poisons drifting into their house. Jolan often had to run into the mountain with the baby to hide, as they were victims of vicious attacks. Eventually it was more than they could bear.

I know that skilled organic farmers are in demand in our country. I have spoken to many farmers who are keen to transform, but who just don’t know how. Here is your chance now. I also know that the future of our country’s food security depends largely on this indigenous knowledge being rediscovered, implemented and applied to bring back the abundance that our earth is capable of supplying. 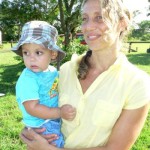 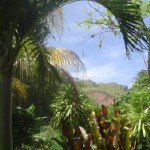 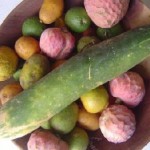