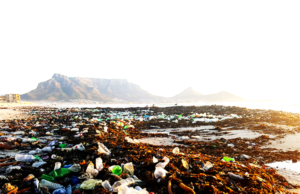 A group of Greenpeace Africa volunteers in Cape Town has started an ambitious campaign calling on South Africa’s top political parties to adopt a ban on single-use plastics in their election manifestos ahead of this year’s presidential election.

The group is urging South Africa’s political elite to recognise that the country is lagging behind in the continental battle against throwaway plastic, with several African countries such as Kenya and Rwanda having already adopted bans on certain single-use plastic items.

Elaine Mills, creator of the online campaign on Vuma.Earth, said, “South Africa is arguably the most progressive nation in Africa in terms of legislation, so it is surprising that we are falling so far behind in this global shift away from plastic. We are hoping to get 100 000 signatures to demonstrate that a ban on throwaway plastics reflects the will of the South African people.”

South Africa is arguably the most progressive nation in Africa in terms of legislation, so it is surprising that we are falling so far behind in this global shift away from plastic

To date, the Greenpeace Africa volunteer group has collected over 3 000 signatures and have rallied five other local environmental groups to join their cause. One of the political parties being targeted, the Democratic Alliance, has already reached out to them to begin engaging on the matter.

Last week, the Department of Environmental Affairs continued discussions with Parliament’s Environmental Committee over a possible ban of single-use plastics. In media reports, they announced that they would call for public input soon.

Mills continued, “It is great that the powers that be are starting to realise the harmful impact of throwaway plastic on the environment. This shows us that there is political will for such a ban to be implemented. This campaign serves to support that by dispelling any doubt that could delay the process.”

Last year, Greenpeace Africa volunteers in Durban run a successful campaign calling for local food franchises to phase out single-use plastic. Several of its targets, including Ocean Basket and Kauai, have since taken steps to move away from plastic packaging.