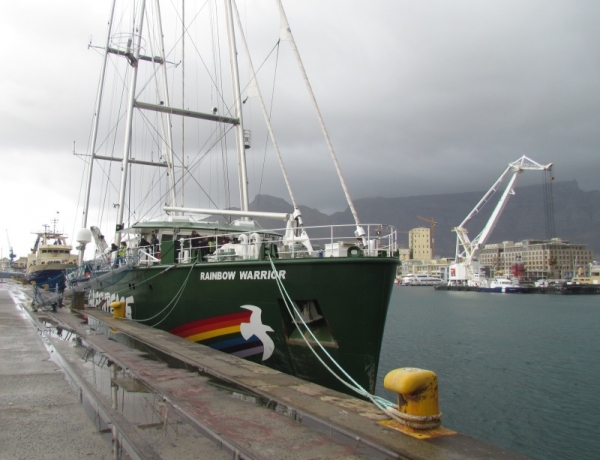 The Rainbow Warrior, Greenpeace’s latest and most environmentally friendly ship, is docked at Cape Town’s V & A Waterfront. The ship arrived in the country ahead of schedule on Friday due to extreme weather conditions. The ship was welcomed by cheerful Greenpeace Africa staff and a Marimba music group.

The new Rainbow Warrior is one of the most environmentally friendly ships ever built. She replaces the Rainbow Warrior II, which retired on 16 August 2011 after 22 tireless years at the campaigning frontline. The original Rainbow Warrior was bombed by the French government in 1985 – it helped end nuclear testing in the Pacific, blocked coal ports and closed down destructive fishing operations.

“Hosting the Rainbow Warrior is a true honour for Africa, and we are confident that this visit will empower Greenpeace Africa with the spirit of the global organisation that is required to win major battles and build on the successes achieved so far on the continent. It is also a reminder that climate change is happening, and it is happening now, and our leaders can no longer afford to ignore the effects that many Africans are facing today, such as drastic changes in weather patterns, increased droughts and flooding” said Greenpeace Africa’s Executive Director Michael O’ Brien Onyeka.

Since its inception in 2008, Greenpeace Africa campaigns for a transition to a clean and sustainable energy path in South Africa. In West Africa, Greenpeace Africa’s campaign against over fishing and illegal fishing has recorded huge successes, among which include the cancellation of 29 fishing licenses by the new government and more recently a legislation that allows for a six-month period for fish regeneration.

In the Congo basin forest – the second largest existing rainforest in world, Greenpeace Africa strives to empower local communities and conserve the forest. In July, Greenpeace with its partners worked with the Oshwe forest community to launch a solar-powered radio station. 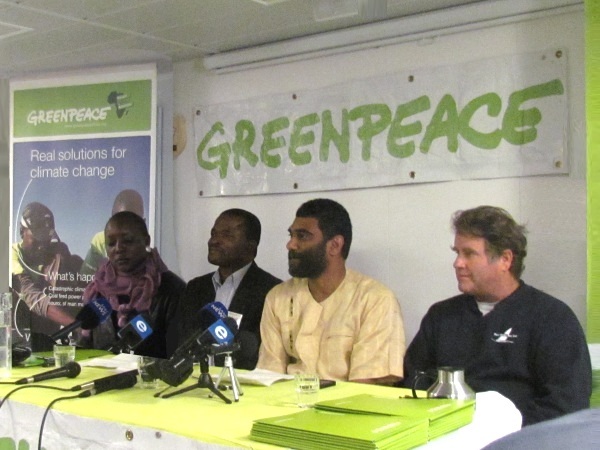 Greenpeace International Executive Director, South Africa born Kumi Naidoo (photographed above in the yellow shirt) said: “It is indeed an honour to for me to welcome the Rainbow Warrior in my home country. The global organisation is proud of Greenpeace Africa’s success in holding governments and corporates to account. More importantly, I am happy to see how we are working to expose crimes against Africa’s resources and propose solutions for the many citizens that are suffering from environmental injustices. Having the Rainbow Warrior here today is a reminder to our leaders on the continent that the time to act is now – we cannot, and should not destroy the legacy we leave to our children”. 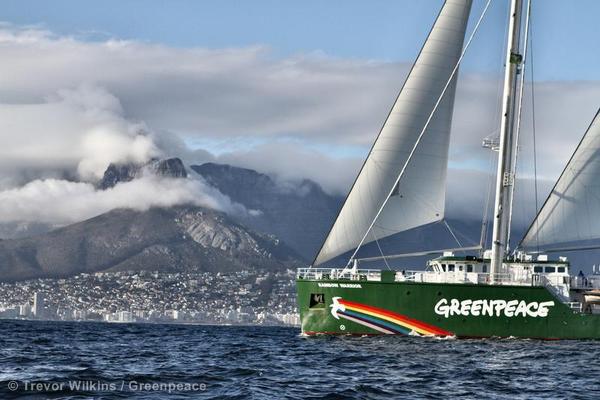 The Rainbow Warrior will be in Cape Town and Durban during its South Africa visit. The green ship was built solely with funds from donors and Greenpeace supporters.

“In this spirit of celebration, we would like to thank the more than 10.000 people in South Africa alone who support Greenpeace Africa. Without your support we would not have achieved what we have been able to do in the past four years. More importantly, our supporters, our activists and our volunteers are the core of our success – without them we would not be where we are – we need this kind of dedication, support and motivation from everyone for us to create a better world” concluded Greenpeace Africa Executive Director, Michael O’ Brien. 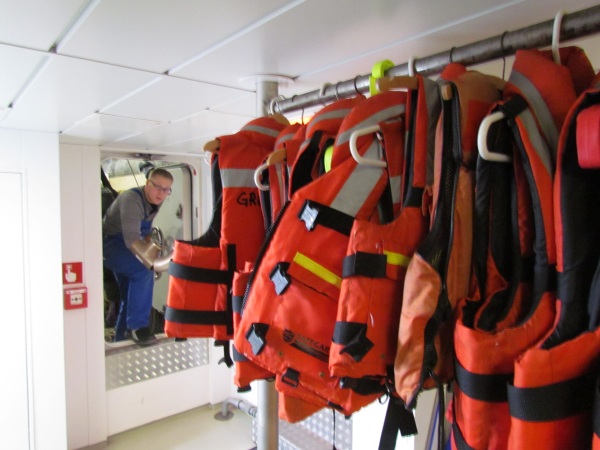 For more information on Greenpeace Africa click here. To find out more about the Rainbow Warrior click here.