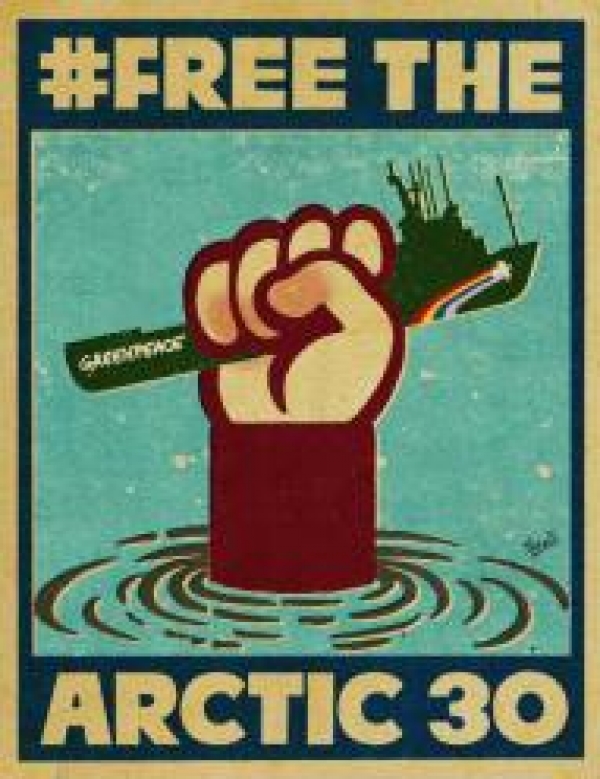 Appeals for bail by lawyers for Phil Ball and Kieron Bryan, both British citizens, were refused last week by the Regional Court of Murmansk.

Three activists and a Russian freelance photographer were refused bail earlier in the week. Further bail applications on behalf of the other activists will be heard next week.

The head of the Kremlin’s Human Rights Council, Mikhail Fedotov, has also said the Greenpeace International activists cannot be charged with piracy as they did not have an intention to seize the oil rig. He has also said the council will appeal to the general prosecutor to change the decision.

“I asked Foreign Minister Luiz Alberto Figueiredo to make high-level contact with the Russian government to find a solution for Ana Paula,” Rousseff wrote on Twitter.

“Those 30 brave men and women are in jail on trumped up charges, they are prisoners of conscience. They are there not because of what they did but because of what they represent. They are there not because of Russian law but because they made a stand against vested interests. Greenpeace does not think it is above the law, but those campaigners are not pirates, even President Putin says so, and every day they remain behind bars is an affront to the basic principles of justice.”

Kumi Naidoo is in Reykjavik, Iceland attending the opening of the Arctic Circle conference – a newly established forum where politicians, NGOs, corporations and other stakeholders meet to advance collaborative decision-making on Arctic issues. There he will urge other Arctic states to press for the release of the detainees.