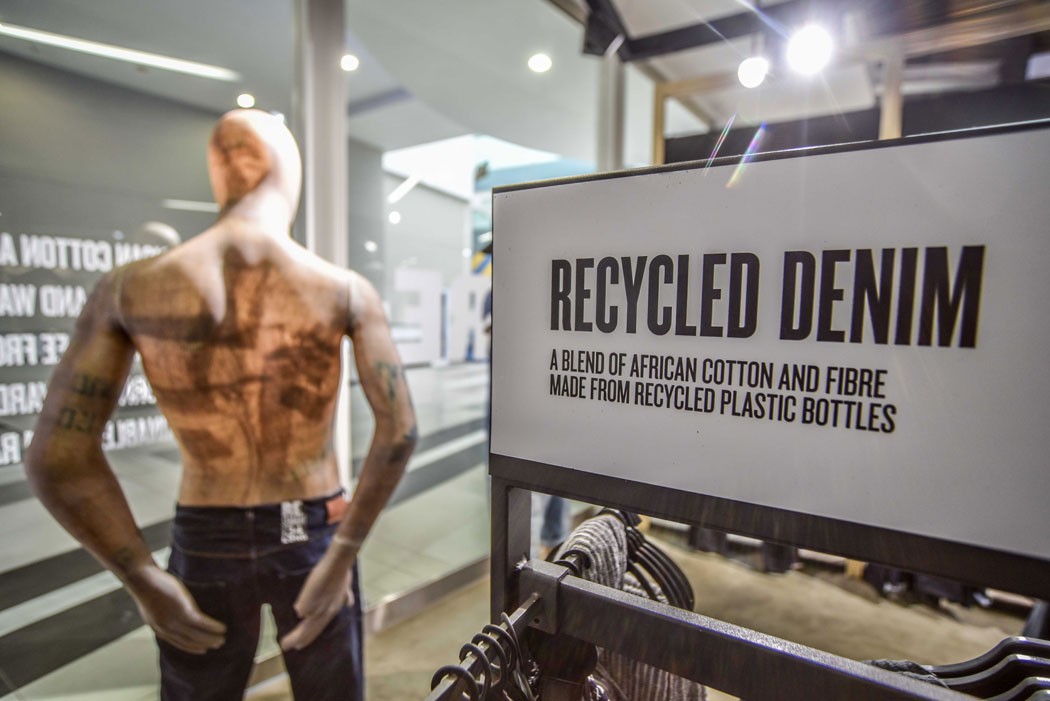 Woolworths’ range of recycled jeans was made in part from plastic bottles. Read more here.

None of South Africa’s top five retailers (Pick n Pay, Massmart, Spar, Woolworths and Shoprite) are doing particularly well when it comes to their commitment to 100% renewable energy.

Yet they have a major role to play in shaping sustainable growth in the energy sector and need to champion South Africa’s transition to 100% renewable energy, according to the latest report launched today by Greenpeace Africa.

In the report, Woolworths ranks highest with an overall score of four out of ten. Woolworths and Pick n Pay currently have solar PV installations that contribute a small percentage of renewable energy to their overall operations. Massmart and Woolworths have both identified pilot solar PV projects for distribution centres and stores respectively that will be rolled out in 2016. Shoprite received the lowest ranking because of its lack of transparency with regard to the company’s energy information.

No active lobbying for barriers to be removed

“Ranking the five retailers against one another makes it clear that none of them are doing particularly well when it comes to a commitment to a 100% renewable energy vision. Also, none of the retailers are engaged in active lobbying for the barriers to renewable energy to be removed, which is an essential step if a 100% vision is to be achieved, and this has heavily impacted on their scores” stated Penny-Jane Cooke, Climate and Energy Campaigner for Greenpeace Africa.

Retailers could free up enough energy to power 178,400 households

“This campaign provides an opportunity for Pick n Pay, Shoprite, Spar, Woolworths and Massmart to take the lead and show the millions of South Africans who support them that they really care about the future of this country. Renewable energy provides a real opportunity for South Africa to move away from a developmental path based on polluting coal and expensive nuclear power. The five leading South African retailers have begun to take steps towards a renewable-powered future, but the current levels of ambition are clearly inadequate, which means that there is significant room to improve,” added Cooke. 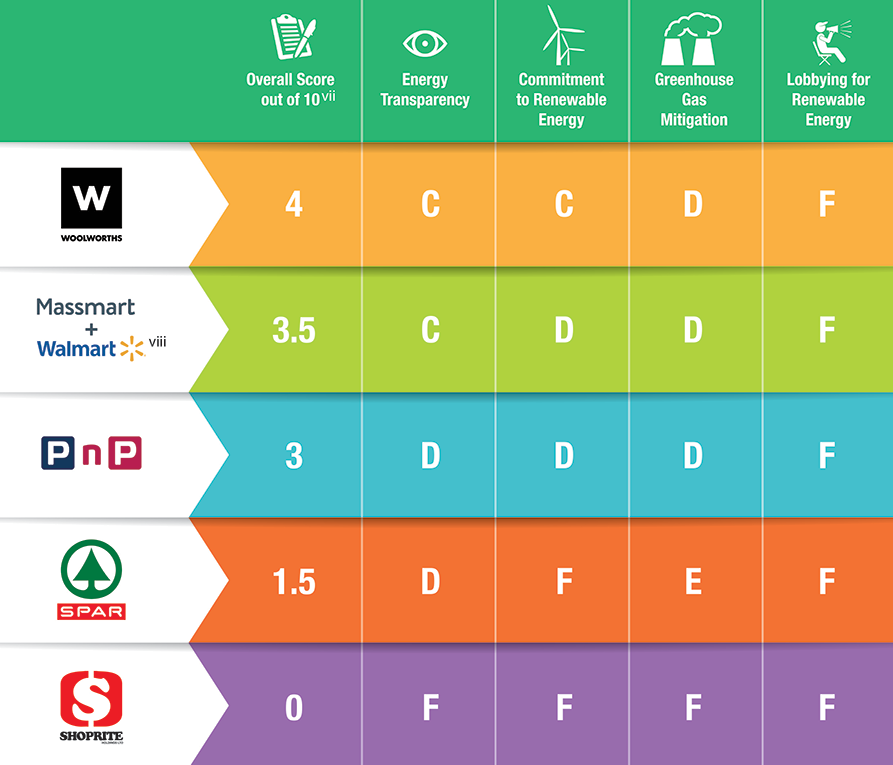 By switching to a 100% renewable energy, retailers will reduce their current electricity consumption, thus decreasing pressure on the grid and reducing the need for load shedding. Possibly most importantly of all, retailers will be opening up the space for millions of South Africans to generate their own power through lobbying government for better renewable energy legislation.

“Greenpeace believes that Pick n Pay, Massmart, Spar, Woolworths and Shoprite can lead South Africa to a clean energy future by making a commitment to 100% renewable energy. They also need to articulate how they will achieve this vision in the short and long term, make the required investments and take the next step by lobbying government to remove the barriers to renewable energy for the benefit of their loyal consumers and the country” ended Cooke.