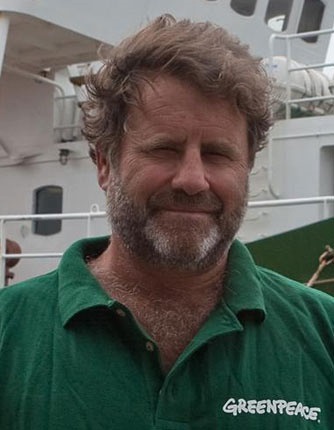 Greenpeace’s Arctic Sunrise ship arrived home to a warm welcome in The Netherlands on Saturday, almost a year after it was seized by Russia during a protest against Arctic oil drilling.

“It’s great to have her back,” veteran Greenpeace skipper Pete Willcox, who captained the Arctic Sunrise at the time of the seizure, told AFP by telephone.

“We were missing a big member of our family for many months,” he said.

Russian commandoes seized the Dutch-flagged Arctic Sunrise in September 2013 and detained 30 Greenpeace activists and journalists after a protest at an offshore oil rig owned by Russian state oil giant Gazprom.

Russia released the ship in June, but it then took two months to prepare it for the voyage back to The Netherlands, with Greenpeace saying equipment including navigation and communication aids “disappeared or had been severely damaged.”

The activists, including four Russians, were arrested after two campaigners attempted to scale the giant Prirazlomnaya offshore platform, which environmentalists warned poses a threat to the pristine Arctic ecology.

They were detained for around two months before being bailed and then benefiting from a Kremlin-backed amnesty. 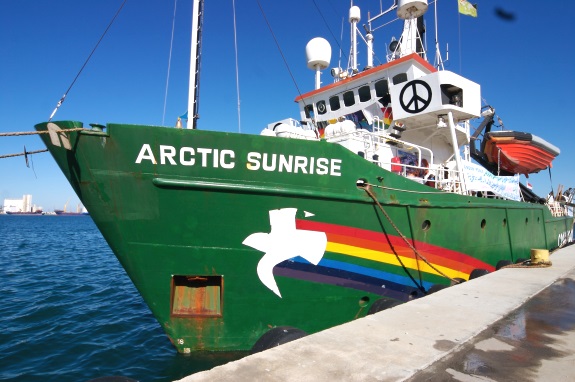 Greenpeace is suing Russia before the European Court of Human Rights for what it says was the illegal detention of its activists, arguing that it breached their right to freedom of expression.

The Arctic Sunrise meanwhile was towed to the Arctic port of Murmansk in northwestern Russia where it was detained.

The Arctic Sunrise finally left Murmansk just over a week ago after a Greenpeace crew worked around the clock to repair some of the damage.

“Once welcomed in Amsterdam, the Arctic Sunrise will head straight for the shipyard for much-needed repairs,” Greenpeace said in a statement.

“The idea is to re-install the electronics and get her going again,” said Willcox, who was also in charge of the environmental group’s Rainbow Warrior ship when French agents sank it in Auckland harbour in 1985 as it prepared to lead protests around Mururoa atoll.

“I think she’ll be back out campaigning in about a month, maybe six weeks,” Willcox said.

Editor’s note: Hats off to Greenpeace and Captain Pete Willcox with whom I was  privileged to sail on the Rainbow Warrior from Cape Town to Durban some years ago, producing a series of stories. Standing on shore it is impossible to fathom the dedication of these brave people and we can never thank them enough.