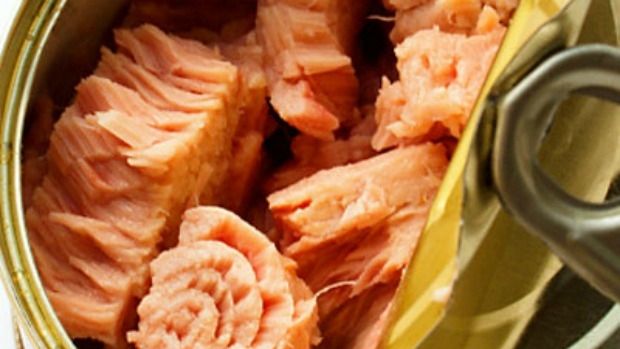 Woolworths Australia is being urged to dump Greenseas, after a survey found it was the only major canned tuna brand still using fish caught with FADs – a destructive and unsustainable method.

“Greenseas was the first to make a commitment that it will go FAD [fish aggregating device] free, but now it’s the only one that hasn’t met it, that’s dropped it,” said Greenpeace campaigner Nathaniel Pelle.

“Greenseas has provided no evidence that they have full control of their supply chain or chain of custody, which means consumers can’t be certain about where and how the fish was caught.”

Greenpeace has ranked Fish4Ever, John West and Safcol as the top three, and is urging customers not to buy Greenseas and Sole Mare, based on criteria that include transparency, labelling and tuna species used. Every brand on the list – except Greenseas – has met its commitment to source sustainable, FAD-free tuna.

FADs act like a magnet, attracting a wide range of fish into nets, as well as sea turtles, sharks and stingrays. The method is exacerbating over-fishing problems around the world.

Greenseas announced in 2012 that it would source only FAD-free tuna by 2015. Since then, its owner Heinz merged with US multinational Kraft to form Kraft Heinz. A Kraft Heinz spokeswoman said the company has been working to procure FAD-free tuna but ran into supply issues.

“It now has the necessary agreements in place and all orders placed from July 1, 2017, will be FAD-free,” she said. “We are currently in the process of updating label artwork to reflect this change and consumers are likely to see the FAD-free product on supermarket shelves within a few months from July 2017.”

Mr Pelle said this news didn’t affect the ranking as it was 1½ years too late and there was no evidence the company would take this second commitment more seriously.

Greenpeace is calling on major stockist Woolworths to ditch the brand. A Woolworths spokesperson did not directly comment on the call, other than to say it required its suppliers to “comply with all relevant laws and support ethical standards with regard to workplace safety, environment, and fair pay and employment conditions”

Despite its statement that it uses FAD-free tuna, Sole Mare was ranked second last by Greenpeace, which said it has not publicly provided a sustainability policy and most of its product range is yellowfin tuna, which in some parts is overfished.

Mr Pelle said that overall, brands had come a long way over the past few years to improve traceability and transparency and commit to sustainable fishing practices.

Around the world, many populations of major commercial tuna species are in decline due to mismanagement, illegal fishing, and the use of wasteful and destructive fishing methods like FADs.

The latest stock status report from the International Seafood Sustainability Foundation shows that bluefin tuna and bigeye tuna, and yellowfin tuna (in some oceans), are overfished. However, most canned tuna brands use skipjack tuna, which is caught mainly on the surface by purse seine (with and without FADs) and pole-and-line gear.

Fairfax Media has found that price did not necessarily indicate what sort of fishing methods are used. For example, a 95-gram can of Greenseas tuna in spring water is priced at $2. Coles and Woolworths’ private label options are ranked higher but are cheaper. John West’s product can also be found for $2. John West has climbed from fifth to second place on Greenpeace’s list and carries the Marine Stewardship Council’s label.

Patrick Caleo of the Marine Stewardship Council said that when consumers buy a seafood product with the MSC stamp, they could be assured the company’s demonstrated its commitment to sustainable fishing through a robust and transparent process.

“There is approximately 937,000 tons of certified tuna landings annually [albacore, yellowfin, skipjack] in the MSC program, which is approximately 18 per cent of total wild catch for these species,” he said.