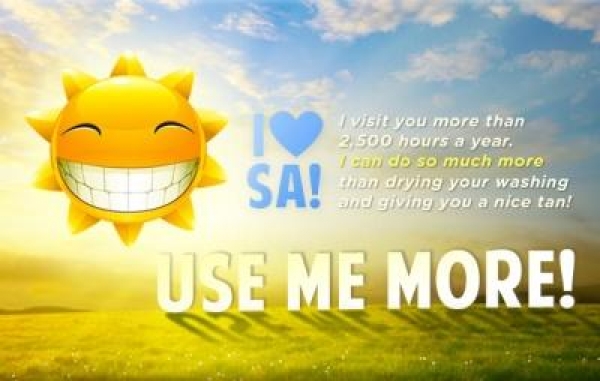 Greenpeace Africa‘s quirky new renewable energy campaign, Use Me More, is a plea from the South African sun and wind to be used more as renewable energy sources. Instead of letting them blow away dandelions and give us a tan, we’d like them to power our country!

Did you know that the amount of solar energy that reaches the planet in one year is double the energy contained in all the Earth’s coal, oil and gas resources combined? We could be using the sun and wind so much more!

South Africa has some of the best renewable energy resources in the World. But sadly, our government seems to have underestimated those resources when planning how South Africa will be powered in future.

The sun and wind are very excited to be used more – now its just a matter of getting the government to step up their renewable energy ambitions.

Our government needs to double its renewable energy ambitions by using solar and wind power more.