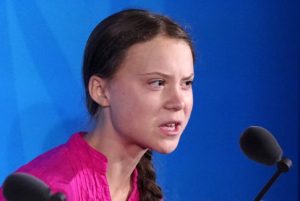 Greta Thunberg has excoriated world leaders for their “betrayal” of young people through their inertia over the climate crisis at a United Nations summit that failed to deliver ambitious new commitments to address dangerous global heating.

In a stinging speech on Monday, the teenage Swedish climate activist told governments that “you are still not mature enough to tell it like it is. You are failing us. But the young people are starting to understand your betrayal.”

But Thunberg predicted the summit would not deliver any new plans in line with the radical cuts in greenhouse gas emissions that scientists say are needed to avoid catastrophic climate breakdown.

“You have stolen my dreams and my childhood with your empty words,” a visibly emotional Thunberg said.

“The eyes of all future generations are upon you. And if you choose to fail us I say we will never forgive you. We will not let you get away with this. Right here, right now is where we draw the line.”

As the summit spooled through about 60 speeches from national representatives, it became clear that Thunberg’s forecast was prescient. Narendra Modi, the prime minister of India, told delegates that “the time for talking is over” in announcing a plan to ramp up renewable energy but didn’t announce any phase-out of coal – a key goal set by António Guterres, the UN secretary-general who convened the summit.

Angela Merkel, the German chancellor, did set out the end of coal mining in her country but only by 2038 – a lengthy timeframe that disappointed environmentalists.