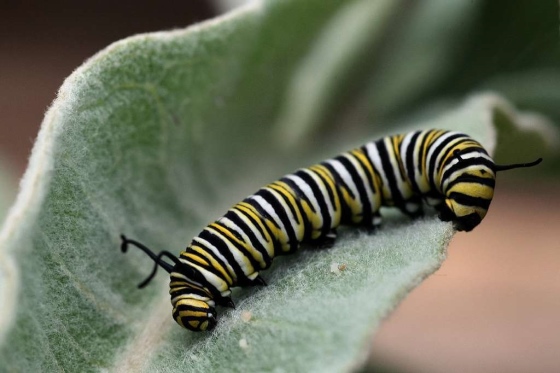 Monarch butterflies are declining in number due to herbicide spraying related to biotech crops, according to environmental groups in the US.

Environmental groups seeking federal protection for monarch butterflies blame the use of genetically modified crops for the insect’s steep decline.

Petitioners claim that while there were as many as 1 billion monarchs as recently as the 1990s, their numbers have dropped to around 33 million.

If the U.S. Fish and Wildlife Service agrees to list the species as threatened or endangered, protecting the insect may involve pesticide restrictions that affect biotech crops.

The alleged link between transgenic crops and the drop in monarch butterfly populations is milkweed, a plant that monarch larvae feed upon exclusively.

In the past, many herbicides had trouble killing milkweed because it’s a perennial that regenerates from its roots, said Bill Freese, science policy analyst for the Center for Food Safety, a non-profit involved in the petition.

Glyphosate, on the other hand, is absorbed by the plant’s roots and destroys it completely, he said.

After glyphosate-resistant biotech crops became common in the 1990s, farmers began spraying much more of the herbicide, Freese said. They also applied it after crops had begun growing, rather than killing weeds before the crops emerged — the effect was that milkweed was already sprouting and susceptible to the chemical, he said.

While several types of aggressive weeds have developed resistance to glyphosate due to frequent spraying, hundreds have not, including milkweed, he said. “Each weed is really different.”

If the federal government extends Endangered Species Act protection to the monarch butterfly, the listing could result in restrictions on how often glyphosate and other herbicides can be used on crops, Freese said.

As a consequence, farmers may plant fewer acres of genetically engineered crops, since they wouldn’t be able to spray the chemicals over the top of crops in certain fields, he said.

The Biotechnology Industry Organization, which represents biotech companies, would not comment on the petition or the effect of transgenic crops on milkweed and monarchs.

Farmers can play a key role in the recovery of the species, said Sarina Jepsen, endangered species program director for the Xerces Society, an environmental group involved in the petition.

If the insect is listed as threatened, the Fish and Wildlife Service could enact 4(d) Special Rules that would allow routine farming practices to continue as long as they don’t contribute to the insect’s extinction, she said.

Jepsen said she didn’t want to speculate about impacts to agriculture at this point, but she said 4(d) rules have been proposed for another butterfly species, the Dakota skipper, which the agency has proposed listing as threatened.

Under those rules, grazing would be disallowed in certain counties in Minnesota and North Dakota and farmers would face restrictions on when they can cut grass for hay.

The proposal would then be reviewed by independent experts and undergo a 60-day public notice and comment process before the listing could become final.