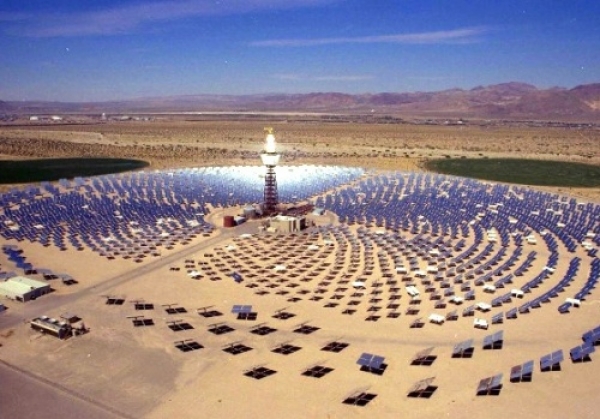 In recent months South Africa has seen a dramatic change in its energy policy as the Department of Energy, NERSA and Eskom have taken steps to move to a renewable energy future.

On November 4th the Independent Power Producer bidding process for the first 200MW of CSP will close, leaving many anxious developers waiting until COP17 to find out if their project has won the tender.

In answering the question as to how IPPs in South Africa should best competes is Alastair Campbell, Standard Bank corporate and investment banking’s head of power finance.

‘A heavy emphasis has been placed on job creation, as South Africa is facing an unemployment crisis. The education and development of skills, as well as fostering rural development and involving communities, are important, as is participation by historically disadvantaged citizens and marginalized regions in the mainstream of the industrial economy.’

He adds that local manufacturing and the use of local content also need to be considered.

While many in the energy market are quick to point out the shortcomings in South Africa’s Integrated Resource Plan (IRP) bidding approach, it should be remembered that even the most established CSP markets – the United States (US) and Spain – have their own set of barriers and challenges, some of which are not dissimilar from those experienced in SA.

A barrier in the US is the lengthy application process developers must undergo before applying for funding.  This involves having to secure a Power Purchase Agreement (PPA) with a utility.

Spain is another CSP market leader as a result of government support and funding from external sources. A study by Greenpeace International reveals the country has developed more than 50 government approved CSP projects.

However, as in the US the bidding process in Spain is lengthy. In the first year, the developer needs to obtain an access permit to the grid, construction permits and a water concession. In the second year project financing must be obtained. It is at this stage that the developer may be eligible for the FiT.

On November 3rd on the eve of the bidding process deadline, CSP Today is hosting a free to attend webinar that will debate for 45 minutes on the issue of growing a local CSP economy in South Africa. Pancho Ndebele, Chairman of SASTELA & CEO of Emvelo will be joined by Luis Crespo, President of ESTELA & Secretary General of Protermosolar to discuss and answer:

‘In the bidding process there is a substantial weighting placed on creating jobs and using local suppliers in South Africa. With this in mind it is clear more needs to be understood on how to utilise the country’s resources and what steps should be taken to create a new CSP industry and supply chain. We are looking forward to kick starting the discussion with the webinar which is free to anyone to attend.’