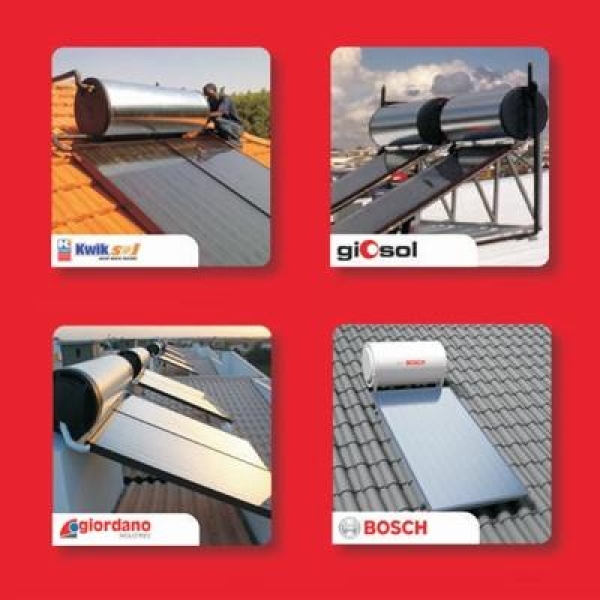 Since the light bulb wired the world we can no longer live without electricity and the abundance thereof. However, in South Africa we have become used to living with less electricity, because of the energy shortages at Eskom.

The endeavour to supply South Africa with alternative energy recourses is underway, but could definitely use a much needed power boost. The solar water heater rebate system was introduced in 2007. Although the goals that were set to be met by 2014 are not impossible, they will certainly need additional vigour.

In the past year over 60,000 solar water heaters were installed in South Africa. However impressive this amount may be, it is still a far cry from the 1 million units planned for 2014. This also makes the lowering of the Eskom solar water heater rebate system even more of a surprise.

Eskom explained that they had doubled their subsidy rate in the past year for solar water heaters from about an average of R3000 a system to R6000 to incentivise households to take part in this worthy venture. However, now they have returned to the original benchmark, because they believe that the rebate system has ultimately served its purpose. They are also now brainstorming new, innovative ideas to increase participation in energy saving.

Although the rebate programme is a great initial step to get the ball rolling, a greater, more assertive framework will need to be implemented in order to attract the mass adoption needed to reach the ambitious 2014 target. International research has shown that the best way to promote sustainable energy and drive sustainable growth of the solar water heater market is to make them mandatory in new building code regulations. This shift from the primary market mechanism, to mandatory building code aims to be the answer to ensure the successful and sustainable development of the South African solar water heater industry.

Mistrust in products and industry skills

There are many reasons for the problems in the implementation and replacement of electric geysers with solar water heating across the board in our country. One has been the disbelief in the effectiveness of the power and benefits of these devices. These doubts have not been unfounded.

Because of the large and growing popularity of sustainable energy globally, the market has been flooded with lower quality products. Combine this with a lack of skills in the installation sector and this translates into reticent customers. It does often happen that households don’t receive the quantity and quality products and benefits that they expected. This is due to a mismatch between the building’s needs and the correct product for the unique application.

Faults have occurred either on the product or installation side. However, locally produced, reasonably-priced systems are clearly more suited to our needs and should not be affected by the rebate change.

These pressing challenges facing the SWH industry are being tackled from all sides. The Western Cape has taken the lead in energy saving with the very successful GreenCape Initiative. The GreenCape Initiative is trying to identify areas that were slowing down the progress in renewable energy solutions, such as in the case of solar water heaters and heat pumps. The Western Cape will then work towards resolving these ‘blockages’ and advising how they could work successfully within the current frameworks.

The government of the Western Cape have set its own sustainable energy targets, aiming for 15% of the province’s energy coming from renewable sources by 2014. The GreenCape Initiative’s ultimate goal is to unlock manufacturing and employment potential in the ‘green economy’ in the province.