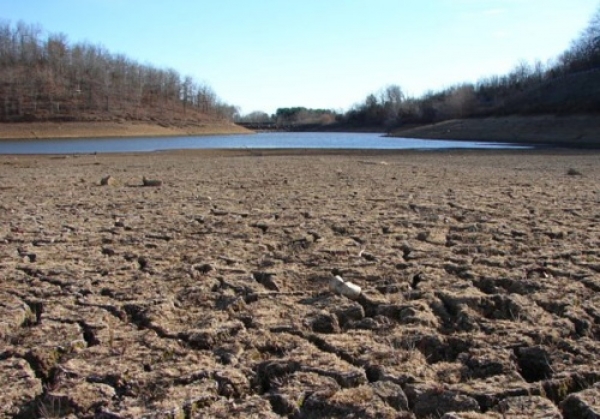 River systems have undergone more severe changes than any other ecosystem type in recent decades, primarily due to human activities. The World Water Development Report predicts that nearly half of humanity will be living in areas of high water stress by 2030. In water scarce South Africa, the Endangered Wildlife Trust is addressing the problem through its Healthy Rivers Programme.

The Convention on Biological Diversity’s Global Biodiversity Outlook reports that between 56% and 65% of the inland water systems suitable for use in intensive agriculture in Europe and North America, had been drained by 1985.

In northern Greece, 73% of marshes have been drained since 1930, while 60% of Spain’s original wetland area has been lost. The Mesopotamian marshes of Iraq lost more than 90% of their original extent between the 1970s and 2002, following a systematic drainage project. Many of the drainage structures were dismantled after the fall of the former Iraqi regime in 2003, but by the end of 2006 the marshes had only reflooded to 58% of their former extent.

Threats to freshwater sources come from a combination of factors. Climate change, introduction of alien species, pollution, water abstraction and river fragmentation through dam construction place pressure on freshwater ecosystems, their biodiversity and the services they provide. Water abstraction for irrigated agriculture accounts for about 70% of the world’s freshwater withdrawals, but cities and the energy industry increasingly demand more water. Urbanisation is one of the main threats to freshwater systems, through infrastructure failures, illegal and incompatible developments, formal and informal settlements and introduction of alien invasive species. Mining and industry also pose serious threats to rivers, while many farming processes impact on river systems.

82% of our main river ecosystems are threatened

Freshwater ecosystems provide many benefits including water purification, protection from natural disasters, food and materials for local livelihoods and income from tourism. Restoring and maintaining the natural functions of freshwater systems can be far cheaper than building physical infrastructure to protect against floods or treat water. 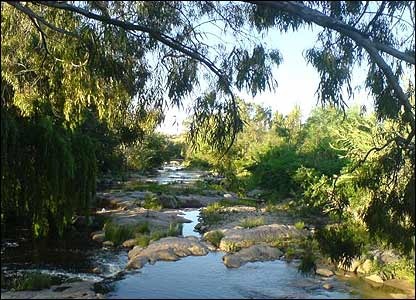 A luscious river in Joburg, SA.

South Africa’s freshwater systems are in poor condition with 82% of main river ecosystems threatened, and institutional arrangements compound the problem. While the Department of Water Affairs (DWA) is the national department responsible for the management of water resources, the Department of Environmental Affairs (DEA) is mandated to manage and conserve biodiversity. There is therefore a grey area around how responsibility for freshwater biodiversity should be shared. In many cases, current levels of water-use make no allowance for the ecological reserve, which is that proportion of the water in a river that is required to sustain the ecological processes. Climate change is expected to alter hydrological systems and water supplies in southern Africa and this, in turn, will reduce water availability.

The Endangered Wildlife Trust’s Healthy Rivers Programme was initiated in 2008 as a response to intensifying freshwater-related conservation action and capacity shortages in South Africa. The programme aims to actively address the need to conserve threatened freshwater aquatic species and ecosystems in southern Africa by linking stakeholders involved in various aspects of river health and biodiversity conservation and establishing focused projects to implement conservation planning along entire catchment systems. It will also act as a watchdog for illegal and incompatible developments to ensure that 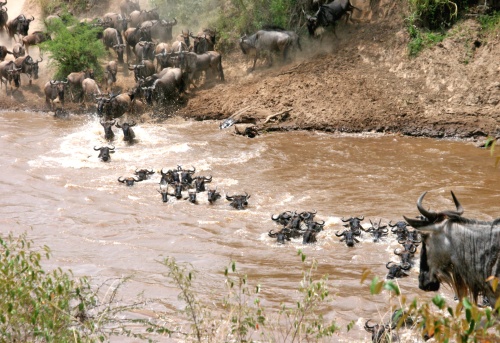 ‘Public education and awareness around river ecosystem health will form a large component of the programme and communication with all the identified stakeholders is a priority,’ says project executive Bridget Corrigan. ‘South Africa is developing rapidly with considerable landscape modification taking place and conservation management ends up being largely an exercise in impact mitigation. Where rivers fall within protected areas, they often form the boundary of that area and are not the focus of the protected area, which is usually terrestrial. There is little emphasis on protecting priority freshwater areas.’

The Global Biodiversity Outlook suggests that there is great potential to reduce the impacts on freshwater resources. The European Union’s Nitrates Directive is credited in part for the ecological recovery of some rivers. It is imperative for all spheres of government to work interdependently to implement a national strategy for sustainable development and environmental conservation. A no-tolerance approach to water-related non-compliance should be instituted and a high priority should be placed on dealing with mismanagement of local municipalities and service providers. Environmental education and awareness for all water users needs to be a vital component of government’s plan for the future of water resources in this country.