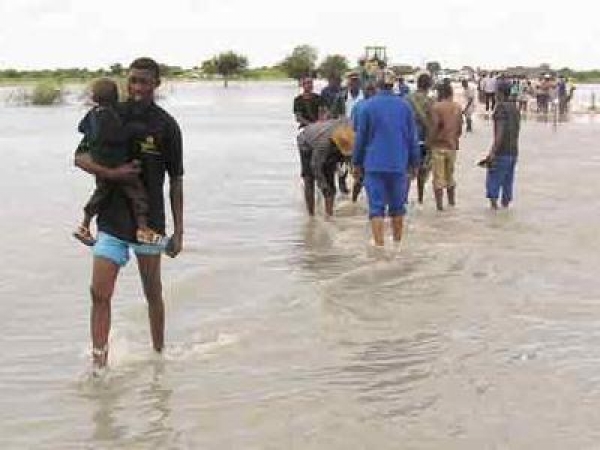 I’m woken by the sound of rushing water. I get up and hang out of the window. A river rushing by? Indeed.

I have lived on dry river banks for many years, so it’s a sound I know well. But now we’re in a suburb of Windhoek. It’s cool and damp and you might think you were in a Cape Town winter, as it never seems to stop raining. Yet this is March and Windhoek is the capital of the driest country in the Sahel.

Summer is our rainy season, but rainfall figures have gone off the charts! Or is it becoming the norm?

Namibia has always been a dry, hot desert country, with over 300 days of sunshine a year – one of the reasons why it’s such a popular tourist destination.

A report by the government in 2008 indicated that average temperatures in Namibia rose by 1.2 degrees in the last century. The rainfall is often sparse and erratic with an average of

Namibia is the driest country south of the Sahara. Prolonged and excessive flooding in the north of the country has affected the livelihood of nearly 200 000 people this year. 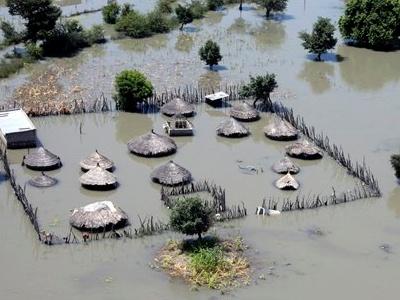 In recent years the dry southern parts have been getting drier and the central and northern parts have had more rainfall, alternating with years of drought. Windhoek has recorded the highest monthly rainfall figure in January 2011, since the Windhoek Met office started keeping records in 1893. This year we had a whopping 320mm, whereas the average for January is 85.6mm. It looks like we might exceed previous records this year.

Most scientists agree that the change in Namibia’s rainfall is almost certainly a result of the global warming phenomena.

As in any country, there are also internal factors which place strain on the country’s water supplies. 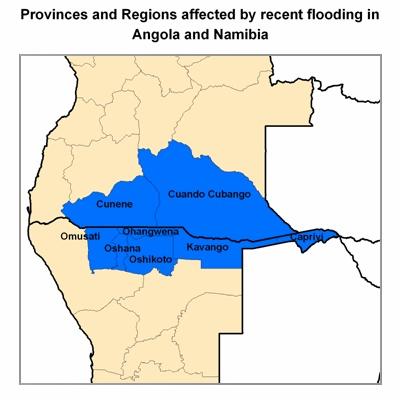 All Namibians are already feeling the impact of global warming Apart from mining, the other three main pillars of the economy are fishing, agriculture and tourism.

Namibia’s European niche market has more disposable income, but is also becoming more aware of the ecological impact of long-haul travel. At a recent lecture by Dr. Strasdas from Berlin I learnt that:

Climate change affects the natural environment most of all, although it is slower and not always immediately apparent. Humans can for the most part adapt and even move away to continue elsewhere, but the environment has to cope, evolve or be evicted.

Poor will suffer most

As we look to the future, Namibia will need to attract long-haul visitors with sustainable eco-tourism practices, and find ways to off-set those carbon emissions. We’ll need to focus on poverty alleviation, since it’s always the poor who suffer most from global warming. We’ll also need to find ways to conserve and recycle water. But there’s some good news in that department which we’ll examine next time.

As I finish writing, the rain continues to fall, pushing figures over the 1200mm mark in Windhoek. Unsuspecting or perhaps careless drivers are once again caught in the flood waters and looking from my window I can see a bakkie upturned in the noisily rushing river that develops near our house.