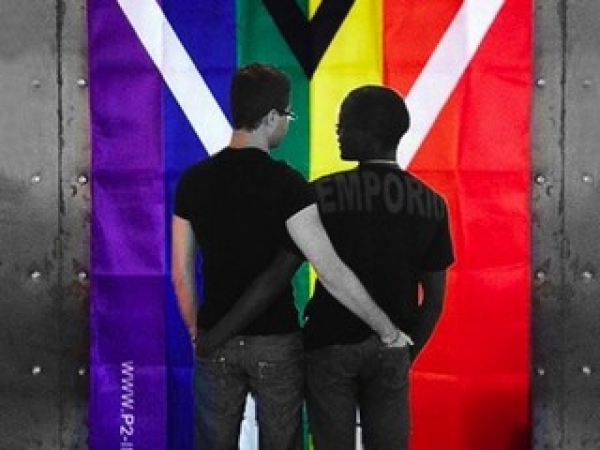 The South African Constitutional Review Comittee is currently entertaining a proposal from the House of Traditional Leaders to scrap the “sexual orientation” section from the bill of rights contained in Chapter 2 of the Constitution of South Africa.

The SA Constitution reads: “The state may not unfairly discriminate directly or indirectly against anyone on one or more grounds, including race, gender, sex, pregnancy, marital status, ethnic or social origin, colour, sexual orientation, age, disability, religion, conscience, belief, culture, language and birth.”

The removal of the sexual orientation term will mean SA LGBTI citizens will face rampant homophobic discrimination and in many cases homophobic hate crimes with no recourse, the task team on “corrective rape” will be null and void and the country’s strengthening LGBTI community will have to go into hiding.

This proposal goes against the grain of mainstream South African sentiment and is only entertained because of the paternalistic respect within South African traditions which is now being wielded for homophobic purposes by the House of Traditional Leaders.

Nelson Mandela said during his inauguration speach that: ”Never, never and never again shall it be that this beautiful land will again experience the oppression of one by another.””

Show your support for preserving South Africa’s constitution, which was an early adopter of gay rights and set a bench mark for equality world wide.

Click here to sign the petition: “Advocate S.P. Holomisa – Chair Person of Constitutional Review Commitee: Protect the constitution of South Africa – AS IT IS!”

Started by Eugene B. from Cape Town, South Africa