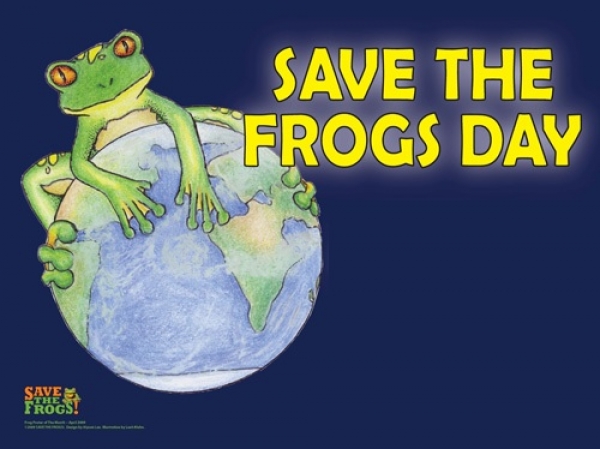 Frogs are the most threatened group of species on Earth. These creatures of popular folklore are teetering on the brink of extinction and unless we act NOW to save them, South Africa too will start losing species.

Frogs are not just potential princely suitors. These water-loving amphibians are extremely important in our ecosystems by providing food to a wide array of other animals and consuming vast quantities of insects. They are also important bio-indicators due to their sensitive skins and bi-phasic lifestyles.

Unfortunately, habitat destruction, increasing levels of pollution in freshwater systems, disease and changes in climate, are starting to have noticeable effects on amphibian communities globally. Despite their crucial role, amphibians are currently experiencing massive population declines. 32% of all species are Red Listed as threatened – compared with 12% of birds and 23% of mammals. In South Africa, 29% of our frog species are listed as Critically Endangered, Endangered or Vulnerable. The fact that one third of a group of animals could potentially disappear should be an important warning to humans that our global environment is in jeopardy and that urgent conservation action is crucial.

The aim of the Save our Frogs Day is for any interested organisations and individuals to carry out their own activities that highlight amphibian conservation and generate increased awareness.

Save Our Frogs Day will:

Despite their benign nature, and environmental significance, frogs are received with mixed social attitudes. Part of the conservation solution is to educate people about the significance of frogs. We need you to join us on Save Our Frogs Day to help bring this critically important suite of species back from the brink of extinction. Proceeds to go to the EWT Amphibian Conservation Programme.

In order to participate in the Save Our Frogs Day, organise your own event or join in one of the events list below. Contact: Jeanne Tarrant on jeannet@ewt.org.za. 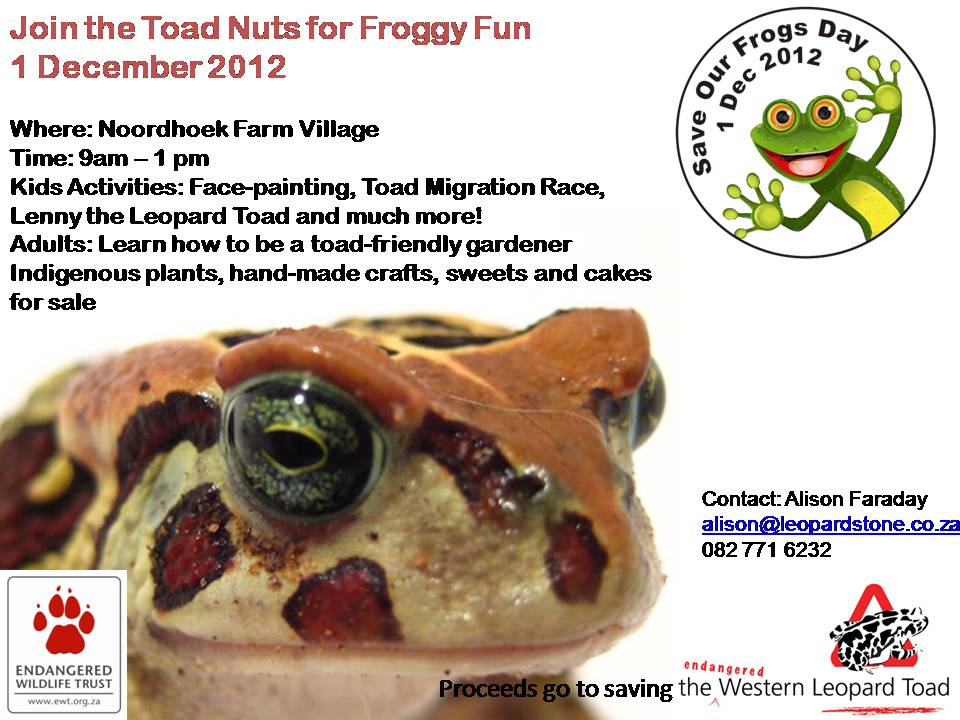 Planned Save Our Frog Day Events: 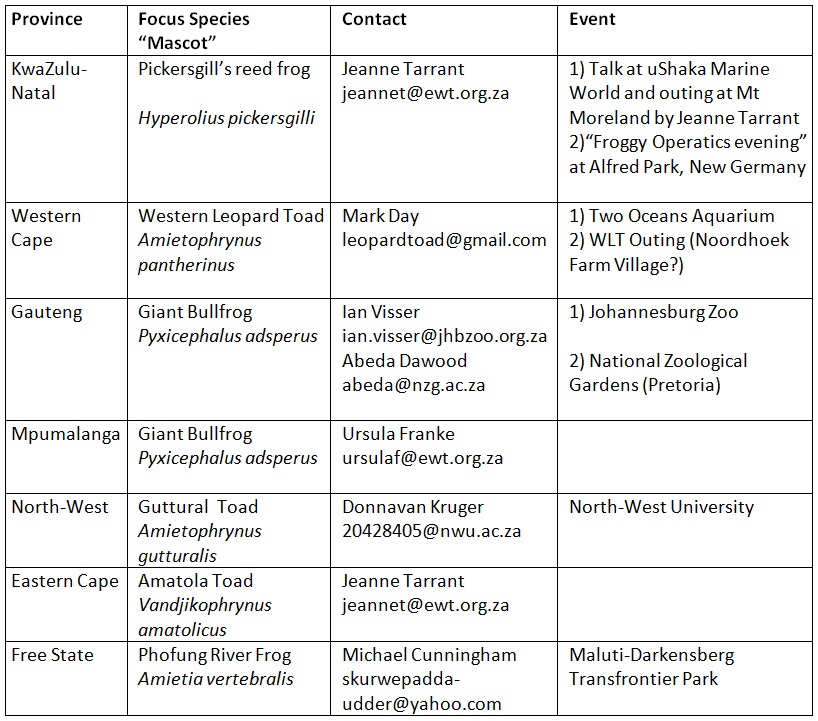 What to bring to outings:

Ways you can help frogs at home: